Prince Harry has made it no secret that his relationship with his brother Prince William has taken a turn for the worse these last few years. While the Duke of Cambridge is yet to make any comments about the situation between him and his brother, Harry told Tom Bradby during the “Harry & Meghan: An African Journey” documentary that the two royal brothers are on “different paths at the moment” but that he would always love him, nevertheless.

If that weren’t enough though, Harry also told Oprah Winfrey in his seismic interview with her that he believes William is “trapped” in royal life. He said, “I was trapped, but I had no idea I was trapped. My father and my brother, they are trapped. They don’t get to leave. And I have huge compassion for that,” according to CBS News.

Clearly, Harry speaking out about their issues in public hasn’t made things better between him and William — though there is talk about the brothers are now reconciling. However, one royal expert believes there’s more to what Harry has admitted in public — and that the rift between them might have began way before Meghan Markle even entered the picture. Keep reading below to find out more.

Did Prince Harry take his 'spare' role too personally? 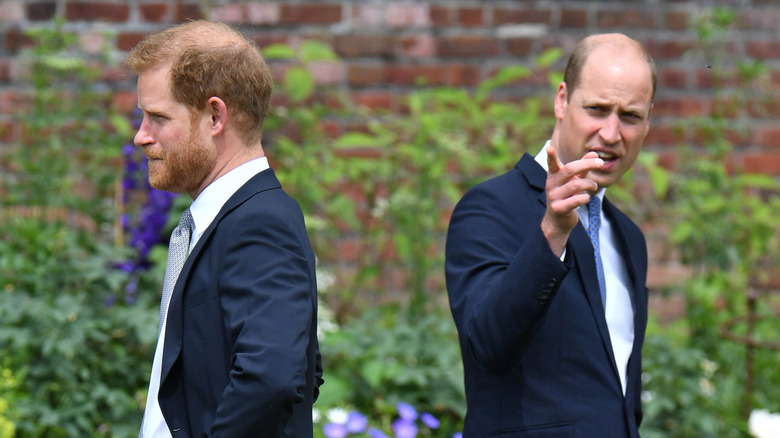 Royal author and expert Richard Fitzwilliams suggests Harry wanted to be given the same kind of respect that his brother received while the two were growing up together. In an interview with Entertainment Daily!, Fitzwilliams put it this way: “Many think that the fact that William grew up knowing he would one day be king and Harry had no defined role, led to rivalry between brothers who were considered inseparable.” As the royal expert continued, “Harry’s reputation was as the royal wild child for years, William’s image was far more serious however he behaved. Some say Harry resented not being taken seriously, despite his military service and charitable work.”

In other words, this sounds like a case of the “spare” being jealous of the “heir,” and Fiztwilliams added that it was Harry’s “marriage to Meghan which unquestionably changed him.” It might have supposedly changed him, or simply just given him a different point of view.