On Saturday, the 43-year-old actor stopped by ESPN to give his predictions for the games that are happening this weekend — the major one apparently being between Iowa State Cyclones and the University of Iowa Hawkeyes, with the latter being his alma mater. When Kutcher landed in the state, he was revealed as the network’s guest predictor for the broadcast, and it turns out those standing outside of Jack Trice Stadium (home of the Cyclones) were not exactly thrilled with the decision.

During his introduction, people started loudly chanting “take a shower” at the That ’70s Show alum, which the mics on the set were capturing and broadcasting at the time. Yeesh! However, it does not seem like Ashton heard the trolls. Take a look at the footage (below):

So rude! Then while chatting to the panel of anchors about the game and his charity projects, the massive crowd of college sports fanatics started screaming “take a shower” yet again. And yeah, we are pretty sure he heard it this time. Ch-ch-check it out (below):

Thankfully, the noise didn’t seem to bother Ashton too much. Granted, he has poked fun at the whole bathing debate before, so perhaps he doesn’t even care about their antics! In case you didn’t know, the masses’ words are in reference to an interview he and Mila Kunis gave, where they revealed they did not really bathe their children too much. While on the Armchair Expert podcast, Dax Shepard insisted that Monica Padman “should not be getting rid of the natural oil on your skin with a bar of soap every day.” Instead, he suggested only washing with water — something that Ashton and his wife completely agreed with. Padman then asked:

“I can’t believe I am in the minority here of washing my whole body in the shower. Who taught you to not wash?”

To which Mila replied:

“I didn’t have hot water growing up as a child, so I didn’t shower much anyway. … But when I had children, I also didn’t wash them every day. I wasn’t that parent that bathed my newborns — ever.”

However, the former Punk’d host made it very clear that:

“If you can see the dirt on them, clean them. Otherwise, there’s no point.”

Who would have thought we’d get another chapter in the great bathing debate of 2021??? Reactions to the college football fans’ chants? Sound OFF in the comments (below). 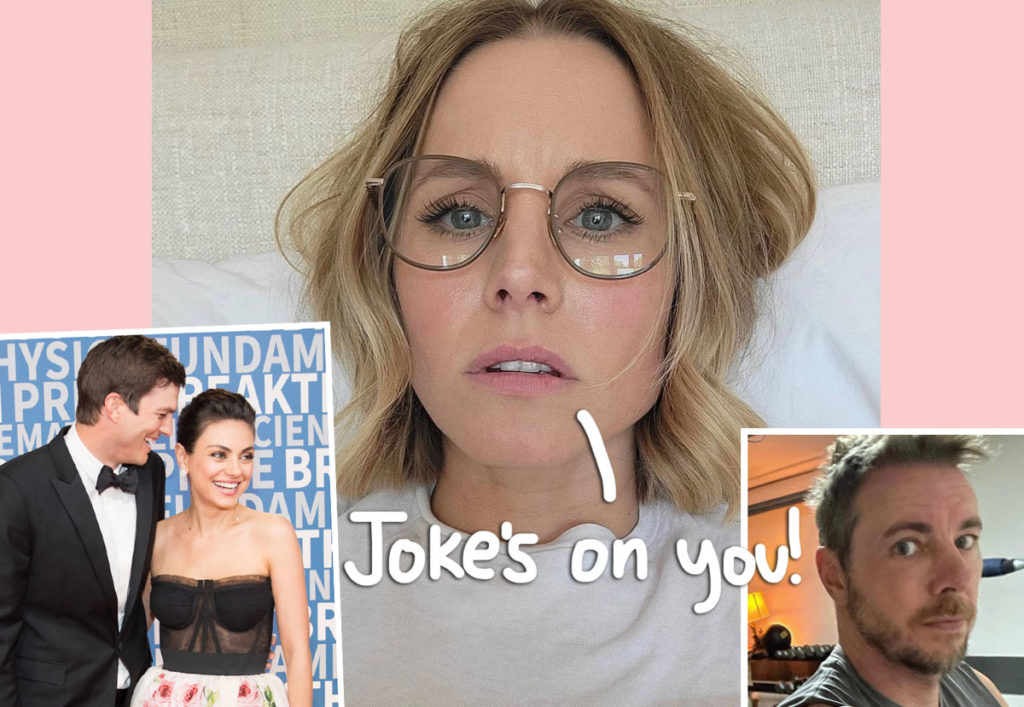 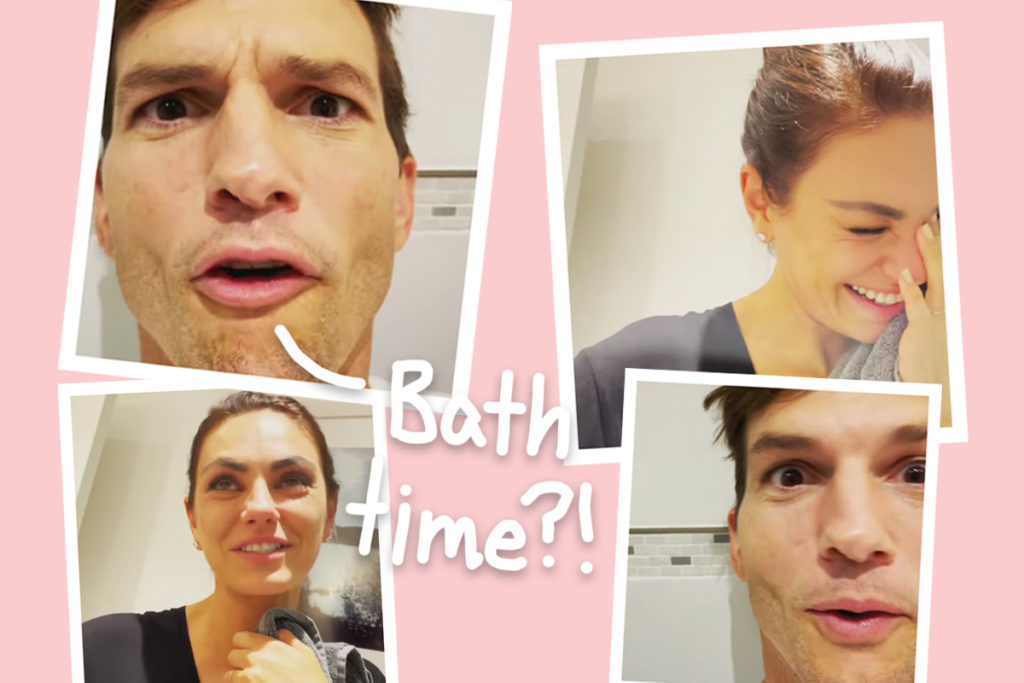 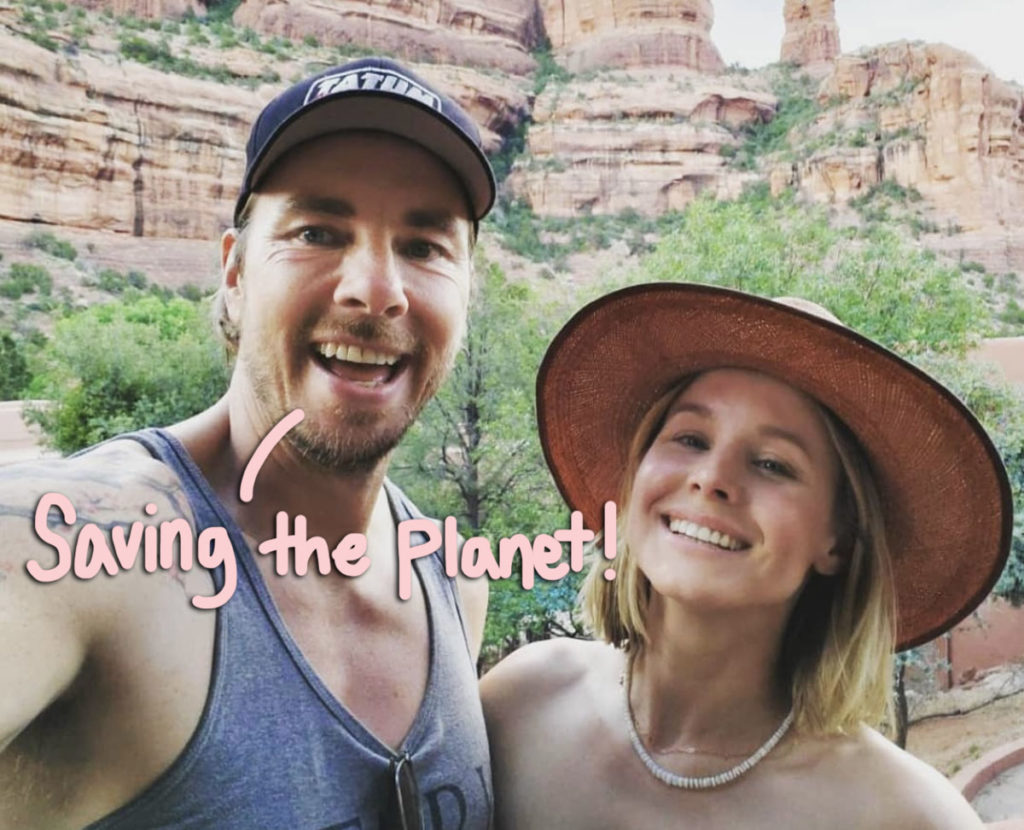 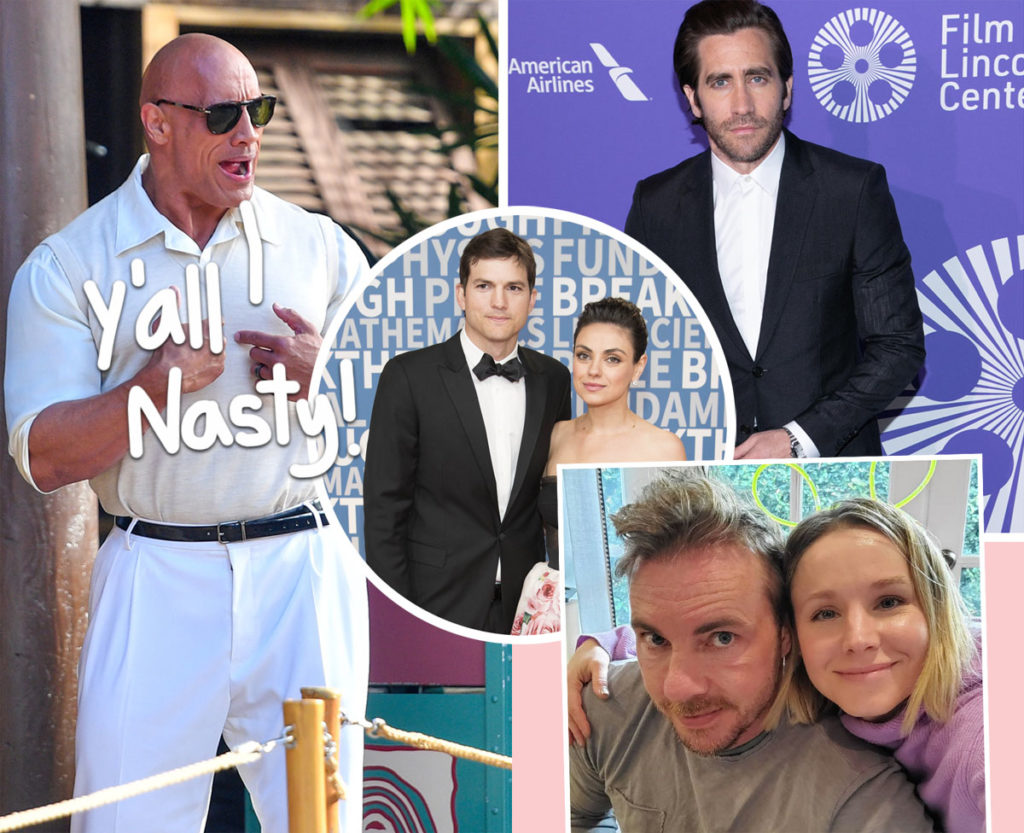