Dave Chappelle‘s Netflix special is facing cancellation after repeated calls have been made to pull it from the streamer.

The comedian landed in hot water on Tuesday, when his sixth installment in his Netflix deal, “The Closer,” debuted. In it, Chappelle seemingly spoke out in support of author J.K. Rowling, who came under fire in 2019 when she argued publicly that transgender women are essentially a threat to the gender identity of biological women.

The “Harry Potter” writer, 56, doubled down on several occasions, arguing that trans women are not actually women, prompting swift and immediate backlash from the transgender community as many activists continue to fight to dissuade people of similar negative stereotypes.

Rowling was labeled a “TERF,” which stands for “trans-exclusionary radical feminist,” essentially a term for people who call themselves feminists while still being transphobic.

“They canceled J.K. Rowling – my God,” Chappelle says in his special. “Effectively, she said gender was a fact, the trans community got mad as (expletive), they started calling her a TERF.” 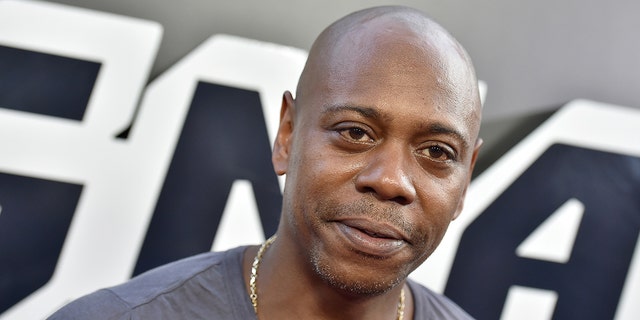 Among the several critics who took issue with Chappelle’s comments was one of Netflix’s own. Jaclyn Moore, who is an executive producer and showrunner of “Dear White People,” tweeted that the special made her cry. She also vowed to no longer work with the streamer until Netflix puts an end to the inclusion of transphobic comments in its programming.

“I told the story of my transition for @netflix and @most’s Pride week. It’s a network that’s been my home on @DearWhitePeople. I’ve loved working there. I will not work with them as long as they continue to put out and profit from blatantly and dangerously transphobic content. I love so many of the people I’ve worked with at Netflix. Brilliant people and executives who have been collaborative and fought for important art… But I’ve been thrown against walls because, “I’m not a ‘real’ woman.” I’ve had beer bottles thrown at me. So, @Netflix, I’m done,” Moore tweeted.

Meanwhile, GLAAD issued a statement on its Twitter account, writing, “Dave Chappelle’s brand has become synonymous with ridiculing trans people and other marginalized communities. Negative reviews and viewers loudly condemning his latest special is a message to the industry that audiences don’t support platforming anti-LGBTQ diatribes. We agree.”

The National Black Justice Coalition, a civil rights advocacy group focused on the LGBTQ+ community, also reacted and called for Netflix to pull “The Closer” from its catalog. 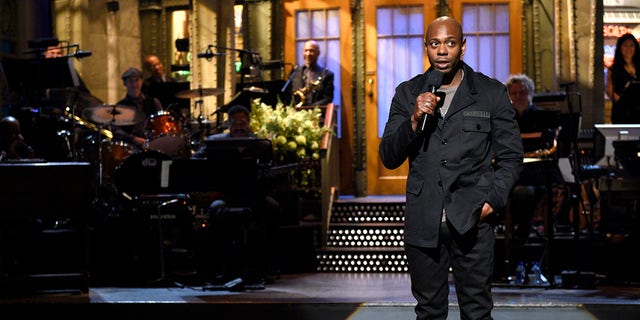 The comedian has previously courted controversy with the LGBTQ+ community.
(Will Heath/NBCU Photo Bank/NBCUniversal via Getty)

“With 2021 on track to be the deadliest year on record for transgender people in the United States — the majority of whom are Black transgender people — Netflix should know better,” NBJC executive director David Johns said in a statement to Deadline. “Perpetuating transphobia perpetuates violence. Netflix should immediately pull ‘The Closer’ from its platform and directly apologize to the transgender community.”

Chappelle’s controversial comments on transgender people weren’t the only time he discussed the LGBTQ+ community during his special. Chappelle also discussed the recent backlash that rapper DaBaby received after making homophobic comments at a recent Miami-area music festival about people with HIV/AIDS. He was forced to make several apologies as criticism led to him being dropped from the Lollapalooza lineup.

“Part of the LGBTQ+ community doesn’t know DaBaby’s history,” Chappelle says (via Billboard). “He once shot [19-year-old Jaylin Craig] and killed him, in Walmart. This is true.”

“DaBaby shot and killed a [man] in Walmart in North Carolina. Nothing bad happened to his career,” he continued. “Do you see where I’m going with this? In our country, you can shoot and kill a [man], but you better not hurt a gay person’s feelings.”

“I am not telling another joke about you until we are both sure that we are laughing together,” the comedian says. “All I ask from your community – with all humility – will you please stop punching down on my people?”

Reps for Chappelle, J.K. Rowling and DaBaby did not immediately return Fox News’ requests for comment. A spokesperson for Netflix declined to comment.