Some members of the Royal Family might expect dinner served on a silver salver, but Mike Tindall has had to take drastic measures to ensure he can enjoy a hot dinner.

The former England rugby captain has revealed that he eats separate meals from his wife, Zara Phillips, 40 (pictured), the Queen’s granddaughter.

In startlingly candid comments, the Yorkshireman says Princess Anne’s daughter stopped cooking for him when she gave up eating red meat after the birth of their three children.

Instead of cooking for himself, he orders a delivery every day. ‘My wife Zara’s appetites have changed since having children,’ he discloses.

‘She’s not into eating red meat any more, so now I look after my own meals. ‘I do this through a company that delivers most of my food, because then it’s easy to keep track of my calorie intake.’ 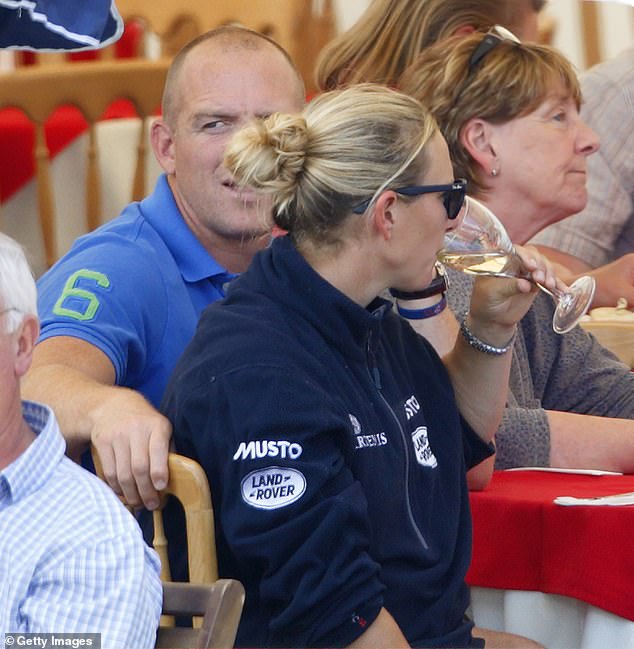 Mike Tindall and Zara Phillips, both pictured, attend the Festival of British Eventing at Gatcombe Park

The former World Cup winner, 43, who has made a career out of sponsorships and other ventures since retiring from rugby in 2014, explains: ‘I’m not a massive fan of cooking.

Zara can look in the fridge and plan what to eat — but that’s not my skill-set.’

Referring to the classic Hollywood film in which a cynical television weatherman becomes trapped in a time loop, forcing him to relive the same day repeatedly,

Tindall says: ‘When it comes to food, I’m like Bill Murray in Groundhog Day — I’m all about routine. 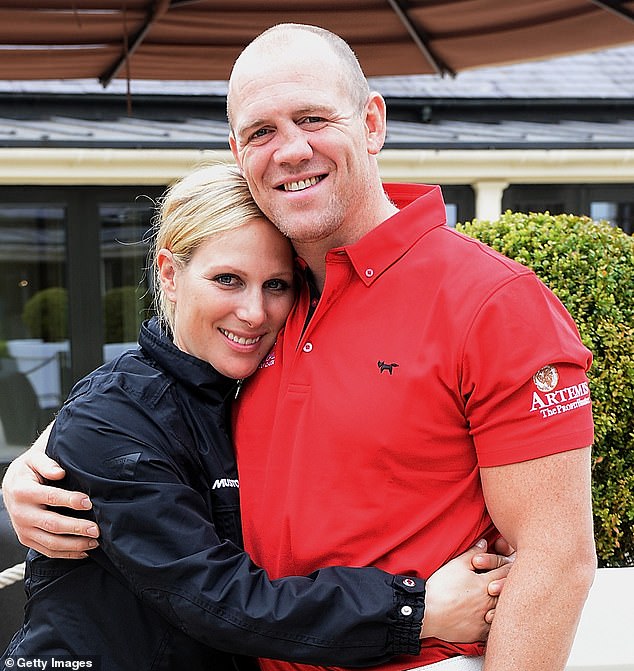 ‘Back in my rugby days, most of my meals were provided. You’d get into the club at 7am and have breakfast. You’d have a midmorning snack, then lunch, then a post-training afternoon snack — so the only meal you’d have to worry about was dinner. That routine has stuck with me.’

He adds: ‘I’m a four-meals-a-day person — so I have lunch bang on 12 noon, something at 3pm, then eat again in the evening. That’s where the food delivery company comes in handy.’

Tindall is known for his straight talking. Last September, he let slip the full extent of the Windsors’ fury after Prince Harry and Meghan’s claims in their interview with Oprah Winfrey.

Tindall joked that the royals would like to throw a few punches at Harry. 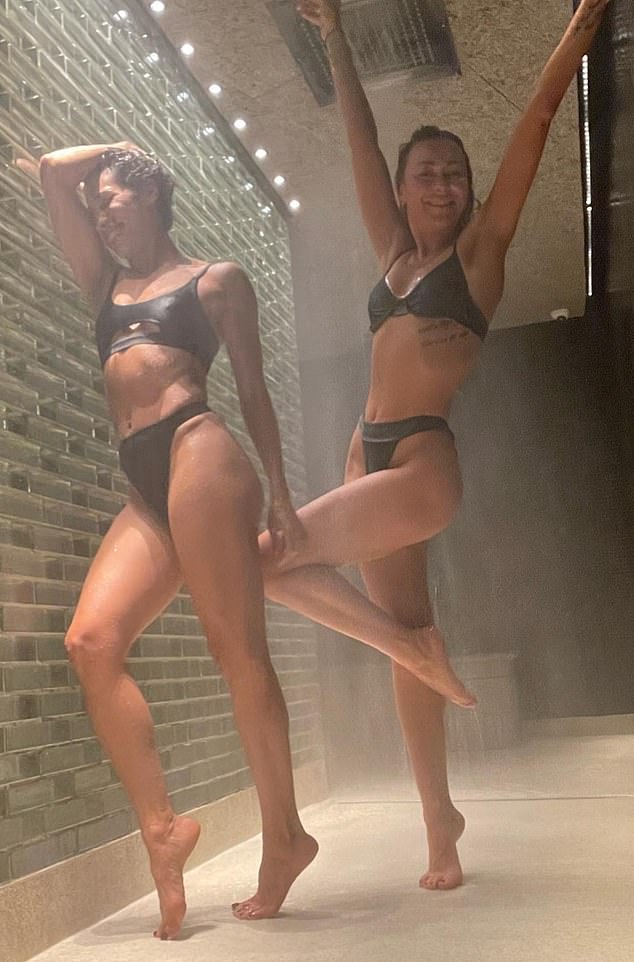 Hot to trot as Strictly dancers let off steam

The pair, who begin the show’s Professionals Tour in Manchester today, took time off from their training schedule with a relaxing spa day together.

The ex-World Mambo Champion has struck up a close friendship with Russian-born Luba, 32, whom she calls her ‘bestie’.

They even wore matching black bikinis during their steamy shower.

‘We’ve had to pull them out from under the beds before,’ the singer says. ‘They know what time our plane lands, what hotel we’re staying at, under what name. And blow me if they’re not in the bloody room before you get there.’

Naturalist Sir David Attenborough, who continues to publish books and make TV programmes, amassed £1million in the year to last September, I can reveal.

Newly filed accounts for his business, David Attenborough (Produtions) Ltd, disclose that it’s sitting on a cash pile of £2.8million, up from £1.9million the previous year.

Sir David, who turns 96 next month, has bills to pay — including to the taxman — of £1.3million, giving him a profit of £1.8million for last year.

The shareholders are Sir David, his son Robert and daughter Susan. His wife, Jane, died in 1997.

Disgraced Prince Andrew is no longer carrying out official public duties, but his daughters are taking an increasingly prominent role in public life. 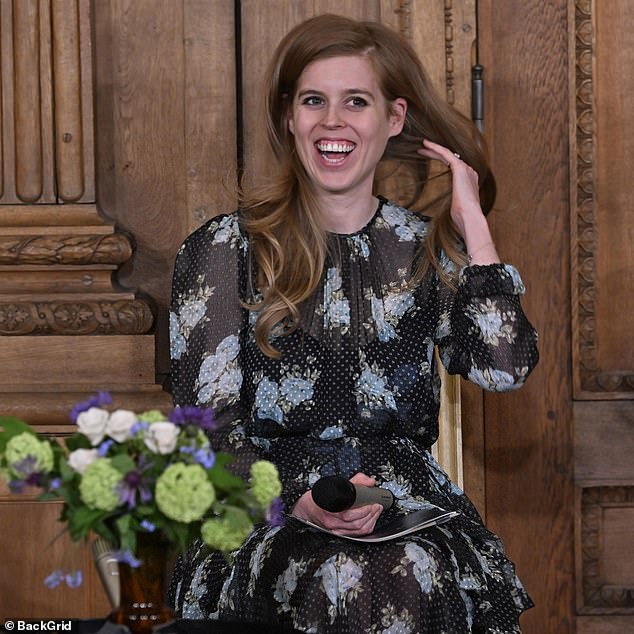 Princess Beatrice speaks at the World Dyslexia Assembly Sweden at the Royal Palace in Stockholm, Sweden 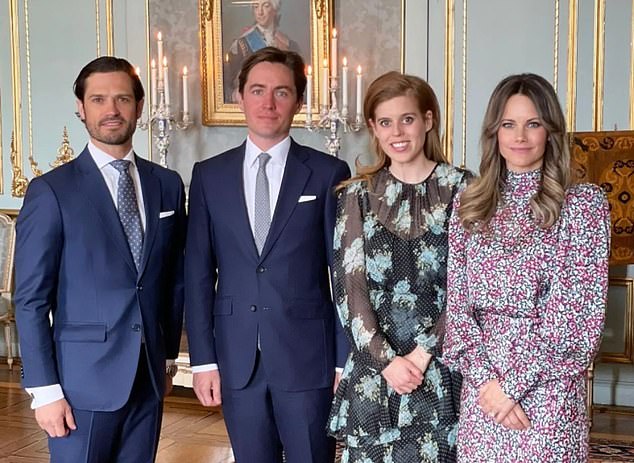 The Queen’s granddaughter, 33, was diagnosed with the learning difficulty when she was seven.

Meanwhile, Bea’s sister, Princess Eugenie, 32, announced the launch of a podcast produced by the charity she co-founded which campaigns to eradicate modern slavery.

On Monday, the Anti-Slavery Collective revealed that it had signed up former prime minister Theresa May to its new advisory board.

Eugenie’s father pledged to support victims of sex trafficking when he agreed to make a ‘substantial donation’ to Victoria Giuffre’s charity in support of victims’ rights after the pair reached a settlement in February, said to be £7.5million.

He strenuously denied her claims of sexual assault. 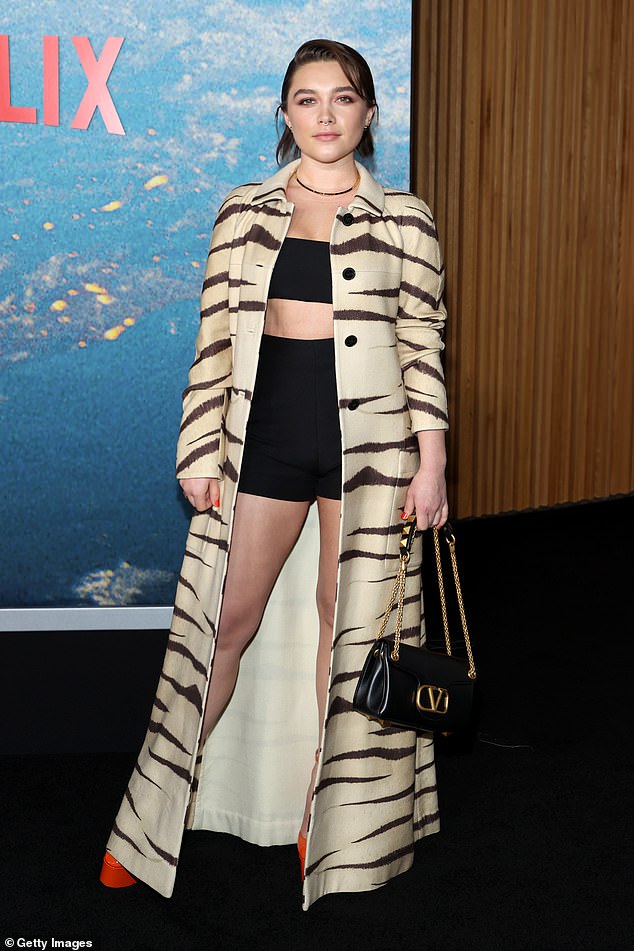 Lottie Moss claims that her stripping off for adult website OnlyFans is a source of pride for her family.

Speaking about her supermodel half-sibling Kate Moss, Lottie insists: ‘My sister said: “I am super proud of you.” I think she was also happy that I’m not doing exactly as she’s doing.

She’s, like: “Get out of my lane!”’ However, Lottie, 24, says of her mother: ‘It was hard for my mum finding out about OnlyFans. She is supportive now that she can see how much happier I am doing this.’

Florence puts her foot down over impostor

Little Women star Florence Pugh was horrified to discover that a foot fetishist has created a social media account pretending to be her.

‘If anyone asks you, while pretending to be me, for feet pics… feel free to call them anything you like.’

The 26-year-old actress, who is going out with American actor and film-maker Zach Braff, 47, adds: ‘If they even dare to ask you for money, tell them that you hope their mother is proud.’