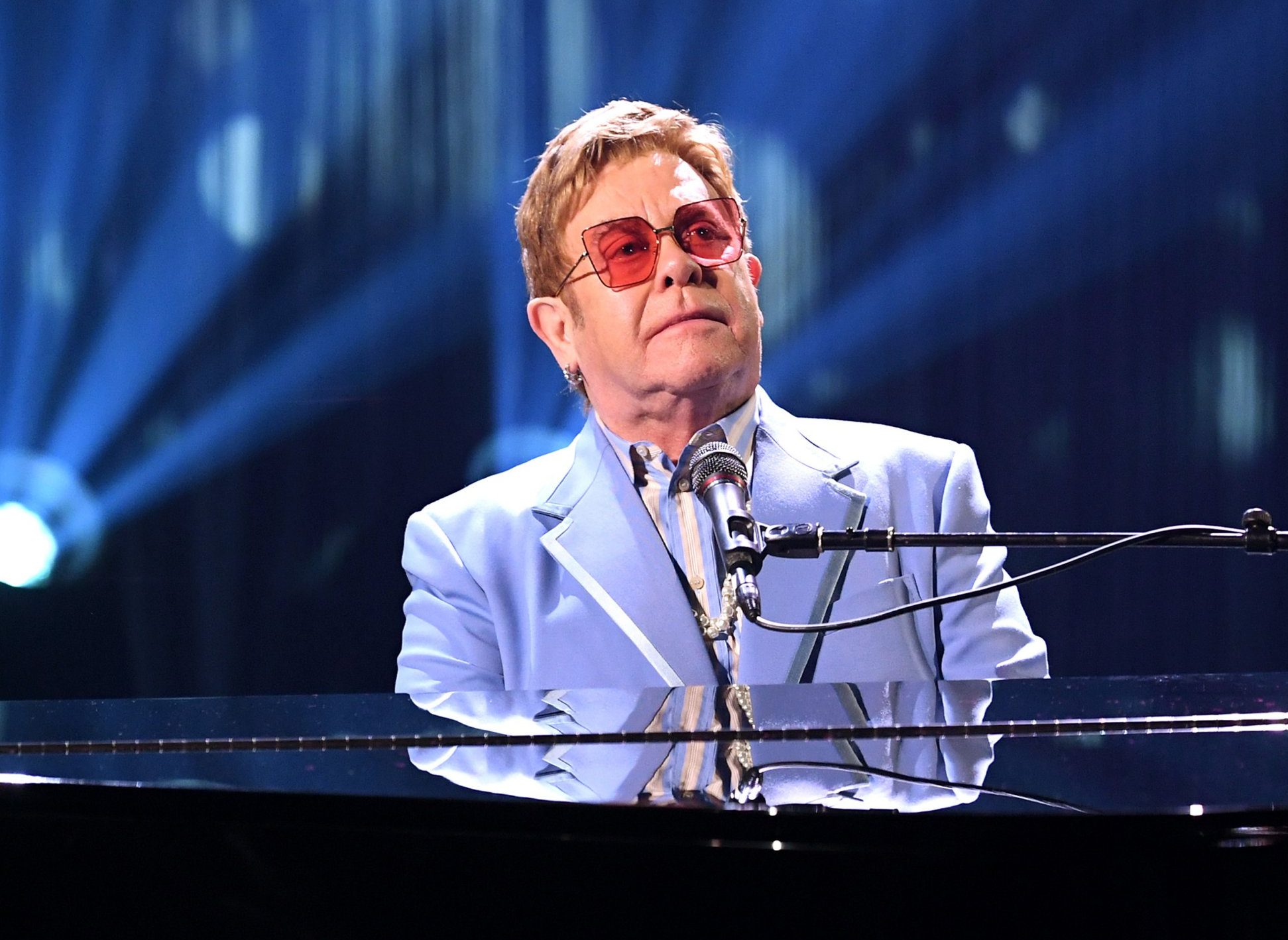 Sir Elton John has slammed rapper DaBaby for fuelling ‘stigma and discrimination’ following his comments on gay men and Aids.

The performer went on a rant at Rolling Loud festival in Miami over the weekend, telling men who aren’t ‘sucking d**k in the parking lot’ to put their phone torches on, while also reaching out to those who ‘didn’t show up’ with a sexually transmitted infection.

DaBaby went on to apologise for his ‘insensitive’ remarks, while insisting his comments had been ‘digested wrong’.

However, the likes of Demi Lovato and Dua Lipa condemned the rapper’s comments on social media, while BoohooMAN confirmed it was no longer working with him.

Sir Elton wrote on Instagram: ‘We’ve been shocked to read about the HIV misinformation and homophobic statements made at a recent DaBaby show.

‘This fuels stigma and discrimination and is the opposite of what our world needs to fight the AIDS epidemic.⁣’

He went on to note the facts, including: ‘HIV has affected over 70 million people globally: men, women, children and the most vulnerable people in our communities.⁣
⁣
‘In America, a gay black man has a 50% lifetime chance of contracting HIV. Stigma and shame around HIV and homosexuality is a huge driver of this vulnerability. We need to break down the myths and judgements and not fuel these.⁣’

Sir Elton’s post went on to confirm treatment for HIV is ‘so advanced that with one pill a day, HIV can become undetectable in your body so you can’t pass it onto other people’, with those who have been diagnosed able to live long and healthy lives.
⁣
He added: ‘Homophobic and HIV mistruths have no place in our society and industry and as musicians, we must spread compassion and love for the most marginalised people in our communities. A musician’s job is to bring people together.⁣’

In a statement shared to Twitter, DaBaby – real name Jonathan Lyndale Kirk – had earlier written in response to the backlash: ‘Anybody who done ever been effected by AIDS/HIV y’all got the right to be upset, what I said was insensitive even though I have no intentions on offending anybody. So my apologies 🙏🏾

Suggesting his comments were ‘digested’ wrong, he added: ‘I tell fans to put a cellphone light in the air y’all start a million man March.✊🏾

Singer Demi shared a series of slides to their Instagram slamming DaBaby’s message, along with an image that said: ‘HIV is not a gay disease.’

The star re-shared another message that mused ‘hot people listen to the original version of Levitating’, in reference to Dua’s hit, and dropped facts to dismiss the ‘trope that queer men are promiscuous, dirty and disease-ridden’.

They added that queer history needed to be taught in school to crush the stigma around HIV/Aids, adding: ‘But we aren’t going to be able to as long as straight people think it has nothing to do with them.’

Dua – who collaborated with DaBaby on a remix to her hit Levitating – reacted to his comments by saying she was ‘surprised and horrified’, adding she ‘doesn’t recognise this as the person she worked with’ last year.

In a statement on Instagram she wrote: ‘I’m surprised and horrified at DaBaby’s comments. I really don’t recognise this as the person I worked with.

‘I know my fans know where my heart lies and that I stand 100% with the LGBTQ community.

‘We need to come together to fight the stigma and ignorance around HIV/Aids.’