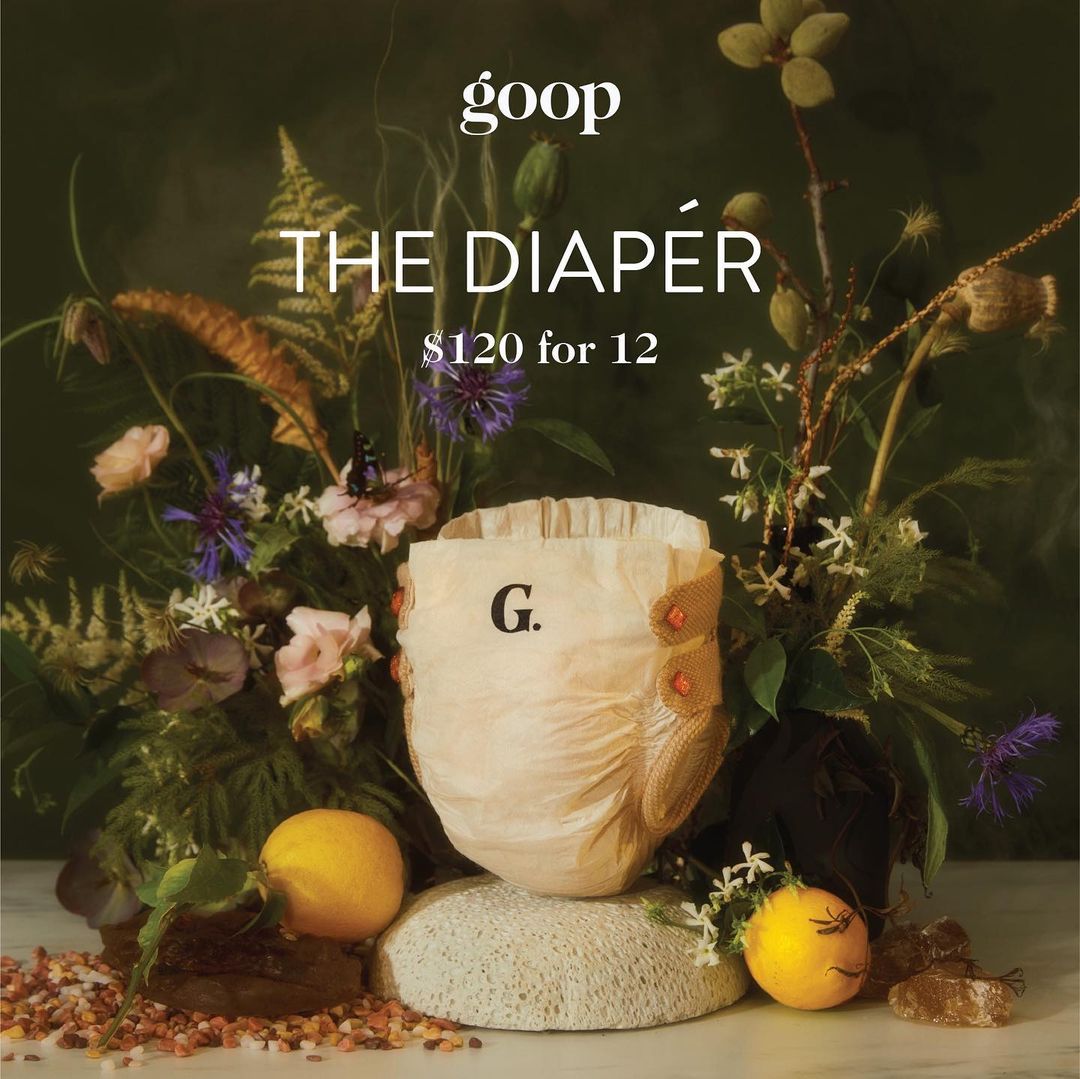 There was a minor kerfuffle online yesterday as a new Goop post went up on Instagram. Goop is Gwyneth Paltrow’s lifestyle/pseudoscience/retail site which sells jade bajingo eggs and overpriced vitamin packets. The new Goop IG was the thing you see above, “The Diapér,” which is described as the “new disposable diaper lined with virgin alpaca wool and fastened with amber gemstones, known for their ancient emotional-cleansing properties. Infused with a scent of jasmine and bergamot for a revitalized baby. Dropping tomorrow at 11a.m. EST at $120 for a pack of 12.” People thought “well, that’s completely on-brand for Gwyneth.” Turns out, it was a stunt. A well-intentioned stunt.

The point of the Goop fake-diaper was to highlight that several states tax diapers as luxury goods rather than essential items. Goop has teamed up with Baby2Baby – a very popular celebrity nonprofit – to highlight the need to drop taxes on essential items like diapers. Baby2Baby provides diapers, formula, clothing, cribs, wipes and more to families living in poverty. There are annual Baby2Baby fundraising galas held in LA and they are always well-attended by Hollywood A-listers. This is new for them though, to team up with a company like Goop to highlight diaper tax inequality. I have to say, the stunt worked. People were outraged for several hours because an amber-bejeweled diaper sounds exactly like a Goop product.

She’s so smug in this video! But again, well-played. 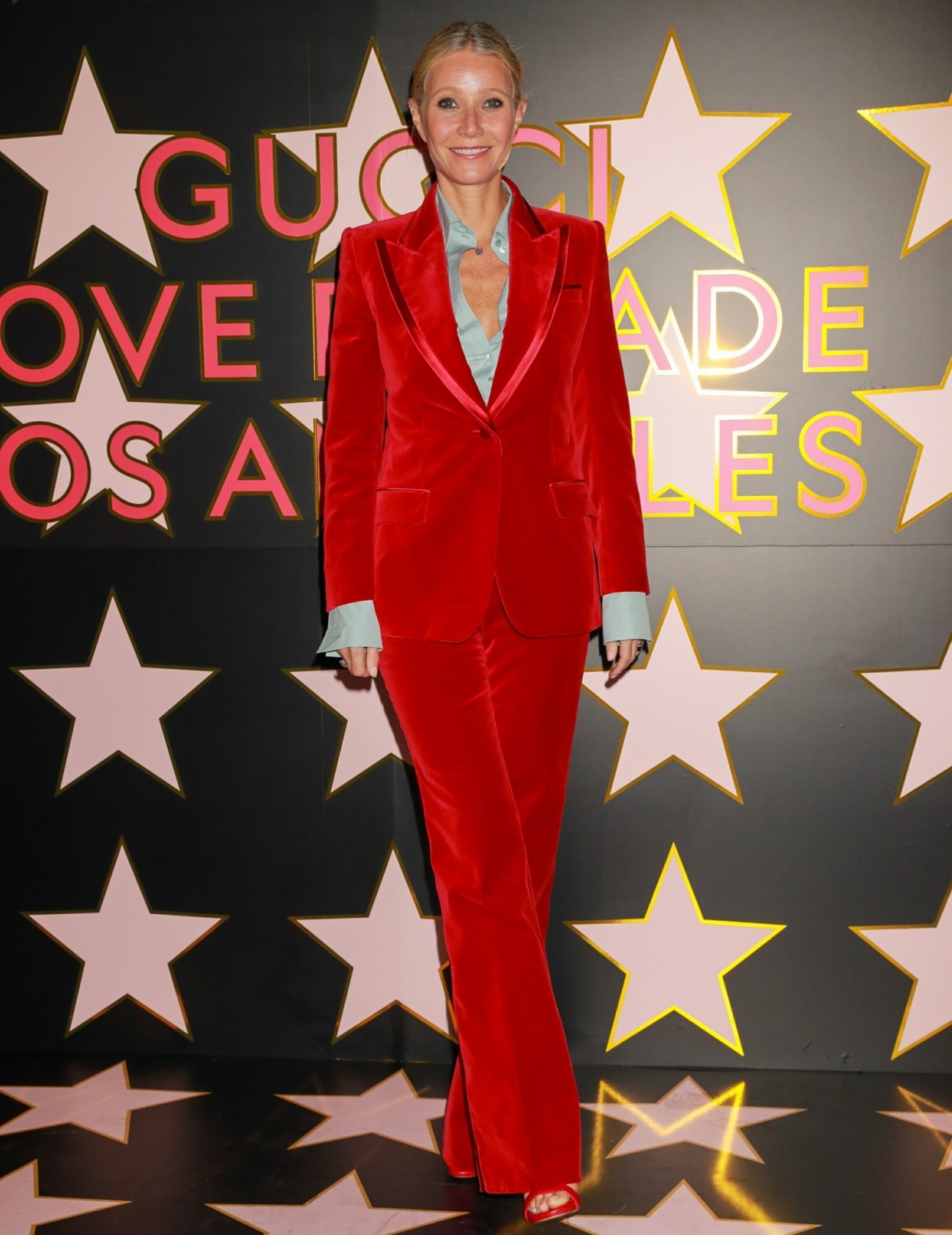