On the surface, Hannah Brown may appear to have a perfect life. The former beauty queen was the star of “The Bachelorette” and later went on to win on “Dancing With the Stars,” but her life is more complicated than it seems.

Hannah was part of a scandal on “The Bachelorette” when it was later revealed that the man she chose, Jed Wyatt, had a girlfriend while filming the hit dating show, per People. The reality star took her frustrations out on Jed with thinly-veiled jabs on Instagram. “This ring lasted longer than the real one,” she wrote on her Instagram story while brandishing a Ring Pop on her finger in December 2020, per Us Weekly. Hannah was able to find romance after the on-camera romantic catastrophe when she started dating model Adam Woolard. The adorable couple often gushes over each other on social media. Although she rebounded, the public break-up took a toll on Hannah.

In August 2019, Hannah came clean to her fans that these public tribulations had affected her. “Honest policy: I’m struggling,” she wrote on Instagram. “Since last August, I’ve been a pageant queen, a Bachelor contestant, and the Bachelorette. I’ve been in love with multiple people, I got engaged, I broke off an engagement, and I shared it all with millions of people,” the reality TV star shared, via AL.com. Just over two years later, Hannah announced she would be offering insight into her difficulties with a revealing memoir.

Hannah Brown is opening up about anxiety and depression 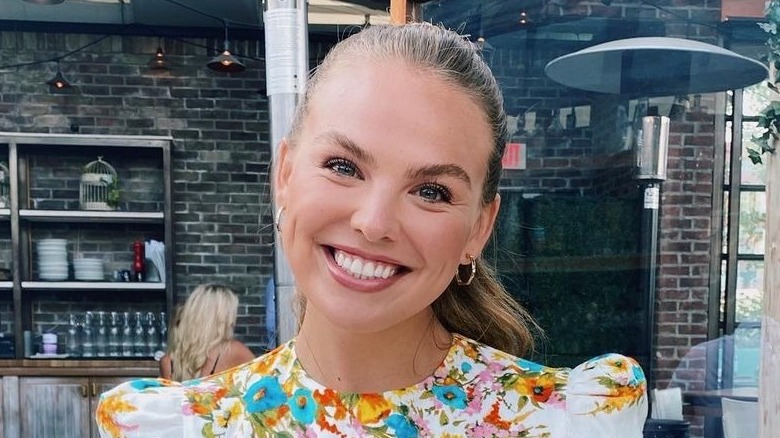 Hannah Brown officially announced her book “God Bless This Mess: Learning to Live and Love Through Life’s Best (and Worst) Moments” in an Instagram post with a lengthy caption on Sept. 8. The reality TV star hopes to inspire others by divulging her personal hardships. “I felt it was important to share my truth, honestly and without the opinion of others,” she told People. According to the book’s description, Hannah offers a candid recollection “about facing depression and anxiety during her pageant years” and delves into how therapy allowed her to persevere. A statement from the book’s publisher said it will include “everything from a shocking family tragedy, to a life-threatening health crisis, to the behind-the-scenes of her messy early twenties in the public eye,” via People.

“The Bachelorette” alum’s time in the pageant circuit was both fortuitous and tumultuous. After claiming the crown of Miss Alabama USA in 2018, Hannah was forthright about the mental health issues she faced. “I took the wrong outlook on what pageantry should be — I thought my self-worth was through recognition,” she said, via Alabama News Center. In the past, Hannah has opened up about her issues with both anxiety and depression. During an Instagram Live session with fans in June, Hannah spoke frankly about her mental health. “I struggle with depression,” she revealed, per AL.com.

Her book is sure to offer even more insights, along with uplifting messages for readers.

If you or someone you know is struggling with mental health, please contact the Crisis Text Line by texting HOME to 741741, call the National Alliance on Mental Illness helpline at 1-800-950-NAMI (6264), or visit the National Institute of Mental Health website.