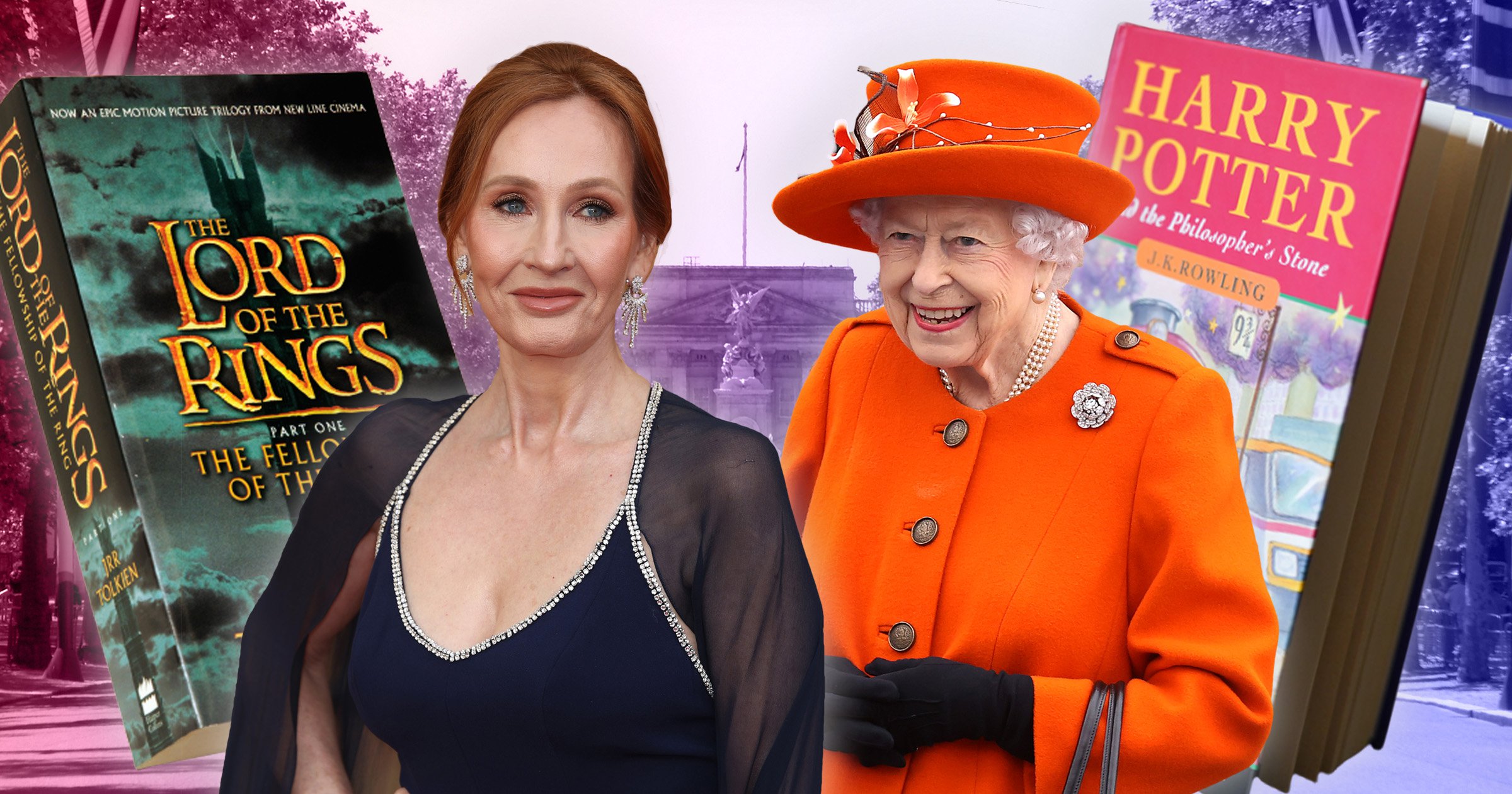 JK Rowling’s Harry Potter series and JRR Tolkien’s The Lord of the Rings books have both been snubbed in a new list from the BBC of the 70 best books to mark the Queen’s Platinum Jubilee.

The Big Jubilee Read campaign was created to celebrate books by authors from across the Commonwealth published during the last 70 years – 10 for each decade – of the monarch’s reign.

However, despite the overwhelming popularity of Harry Potter, which has spawned movie adaptations, the spin-off Fantastic Beasts film franchise and a theatrical production, as well as selling in excess of 500million copies worldwide, none of the seven books appear on the list.

Tolkien’s fantasy book trilogy, the first of which – The Fellowship of the Ring – was published in 1954, two years after the Queen ascended the throne, also misses out despite a multiple Oscar-winning series of films and a new Amazon TV series set for release later this year.

Margaret Atwood, Bernardine Evaristo and Seamus Heaney are among the literary stars that do feature on the list.

A panel of independent librarians, booksellers and literature specialists chose the titles from a readers’ choice longlist, with a focus on ‘celebrating great books and shining a spotlight on lesser known books and authors who deserve recognition’, according to the BBC.

The list, which was created by BBC Arts and The Reading Agency, spans 31 countries and six continents.

A BBC spokesperson told Metro.co.uk: ‘This is a reading for pleasure campaign prompted by the Jubilee, designed to encourage people to explore fiction from across the Commonwealth.

‘The books were chosen by a panel independent of the BBC and The Reading Agency, and whilst lots of fantastic books were suggested these are the 70 titles that the panel chose to include.’

Both Rowling and Tolkien’s work was previously featured in the list 100 Novels That Shaped Our World for 2021’s Libraries Week.

Among the selection is Canadian author Atwood’s 1985 dystopian novel The Handmaid’s Tale, which was later adapted into an award-winning TV series by Hulu.

Women’s Prize for Fiction winner Girl, Woman, Other by Evaristo also made the list, as well as Northern Irish poet Heaney’s 1966 collection Death of a Naturalist, which received the 1995 Nobel Prize in Literature.

The book was also adapted in 2012 into a blockbuster film starring Suraj Sharma, which won four Oscars including best director for Ang Lee.

Indian author Arundhati Roy makes the list with her 1997 novel The God of Small Things, which won the Booker Prize in 1997.

The 1962 cult classic A Clockwork Orange by English author Anthony Burgess is also among the titles, alongside English-Indian author Salman Rushdie’s 1981 effort Midnight’s Children, with both books being later adapted into films.

The newest books on the list are A Passage North by Anuk Arudpragasam of Sri Lanka and The Promise by Damon Galgut from South Africa. Both were published in 2021.

The Big Jubilee Read campaign plans to use the list to ‘unite the public around the shared stories that define our social and cultural heritage’ through public libraries, reading groups, publishers, bookshops and authors.

It will also be supported by events and activities in libraries and bookshops with resources available for reading groups across the country.

Suzy Klein, head of arts and classical music TV at the BBC, said: ‘Nineteen years on from the Big Read, the Queen’s Platinum Jubilee feels like the perfect opportunity to foreground some of the greatest writing from across the Commonwealth in our Big Jubilee Read.

‘The list of 70 books – 10 for each decade of Elizabeth II’s reign – is a real opportunity to discover stories from across continents and taking us through the decades, books that we might never have otherwise read, and reading authors whose work deserves a spotlight to be shone on it.

‘It’s a really exciting way to share the love of books with readers of all ages, and to give book groups and book borrowers a plethora of great titles to try, borrow, share and discuss.’