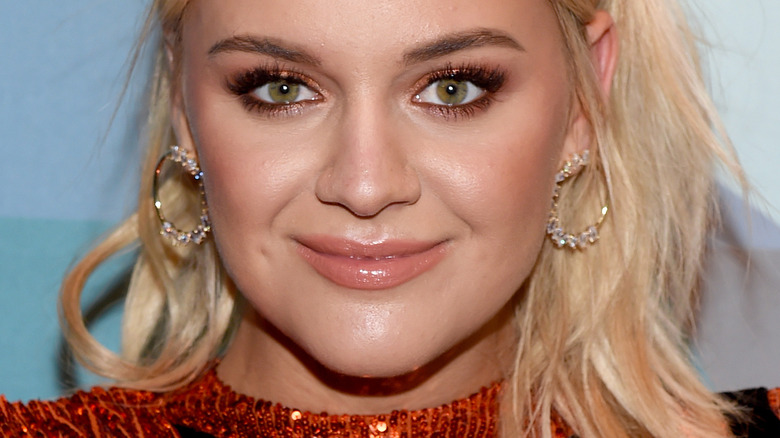 The highly anticipated CMT Music Awards finally aired on Wednesday, June 9, and fans from all over the country tuned in to watch Kelsea Ballerini and Kane Brown host one of country music’s biggest nights of the year. Some of the most talked about moments of the show included Brown and Ballerini’s chemistry as co-hosts, the red carpet fashion, and of course, the stellar performances put on by country’s most popular artists.

Ballerini impressed viewers (and her fellow country artists and nominees) with her incredible debut performance of “I Quit Drinking” with LANY’s Paul Klein (via CMT), while music veterans like Luke Bryan, Thomas Rhett, Carrie Underwood, Miranda Lambert, Lady A, and Gladys Knight also took to the stage at this year’s show (via The Tennessean). Noticeably absent from the stage this year was Maren Morris, who pulled out of the show at the last minute due to “scheduling conflicts,” as well as Gabby Barrett, who also exited the show the day before because of “personal circumstances” (via People). 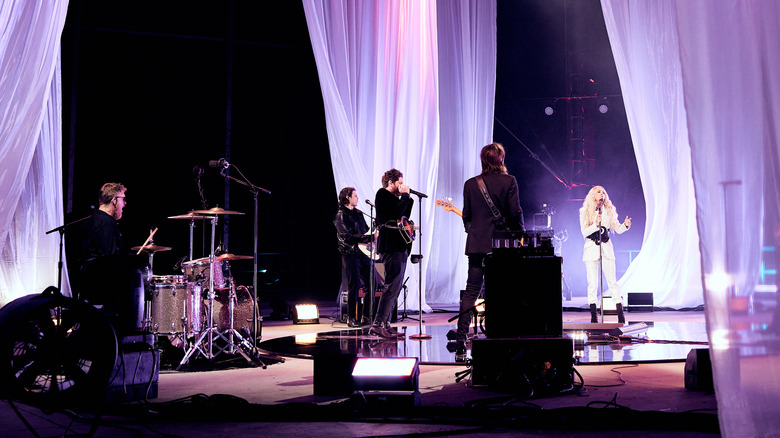 While many of the performances at this year’s show were memorable, fans couldn’t stop gushing about Carrie Underwood’s performance of “I Wanna Remember” with NEEDTOBREATHE. “Like a proud music momma. @NEEDTOBREATHE and @carrieunderwood that was absolute freaking perfection,” one Twitter fan wrote, while another simply added, “Best performance of the night.” A third fan on Twitter hoped that Underwood and NEEDTOBREATHE’s stunning performance would mean another collaboration with the two artists in the near future. “My all time fav band is @NEEDTOBREATHE and hearing them sing with @carrieunderwood blew my mind. #CMTAwards that for sure needs to happen a whole lot more.”

Underwood’s performance wasn’t the only thing the “Love Wins” singer had to celebrate, though. Toward the end of the show, it was announced that Underwood’s collaboration with John Legend, “Hallelujah,” took home the coveted award for Video of the Year; the win marked her 23rd CMT Music award and the third year in a row she’s taken home Video of the Year (via ET).

“It’s such a beautiful song and it’s such a beautiful video and I’m just really proud that it was nominated. We’ll see what happens,” she said of her and Legend’s song ahead of the show. “I get to perform on the show with NEEDTOBREATHE, so I’m excited about that. And it’s just a fun night.”