Is that outfit from Amazon, Lauren? Jess Bezos’s lady dazzles in white at London dinner date

All eyes were on Amazon founder Jeff Bezos and girlfriend Lauren Sanchez as they left a Mayfair hotel after a dinner date.

Mr Bezos, 58, who is worth £120billion, chose a short-sleeved top and blue trousers. 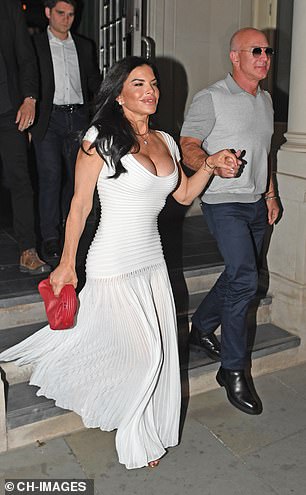 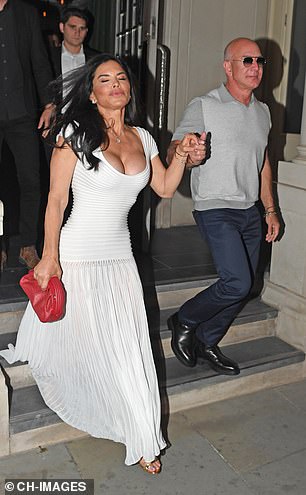 The couple have been on a break in London which included a private tour of Buckingham Palace.

Earlier in the week, Miss Sanchez paired a white minidress with a £14,000 diamond teardrop necklace and a large £9,500 evil eye pendant, both from high-end designer Jacquie Aiche.

Then, Mr Bezos was wearing a pair of white £600 Brunello Cucinelli jeans.