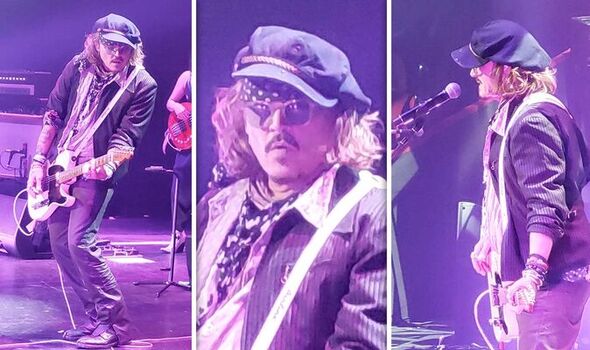 Johnny Depp, 58, took to the stage once again on Monday night to perform with Jeff Beck at London’s Royal Albert Hall.

The actor appeared with the English rocker to perform a series of songs.

This included John Lennon’s Isolation, which Johnny and Jeff collaborated on and released in 2020.

The Pirates Of The Caribbean star previously surprised fans by joining Jeff on stage in Sheffield on Sunday evening.

It comes as the jury in Virginia are now deliberating Mr Depp’s defamation trial against his ex-wife Amber Heard, 36.

The jurors will resume discussions on Tuesday following Memorial Day in the US.

Jeff Beck is scheduled to perform in Gateshead, Manchester, Birmingham and York as he continues his UK tour.