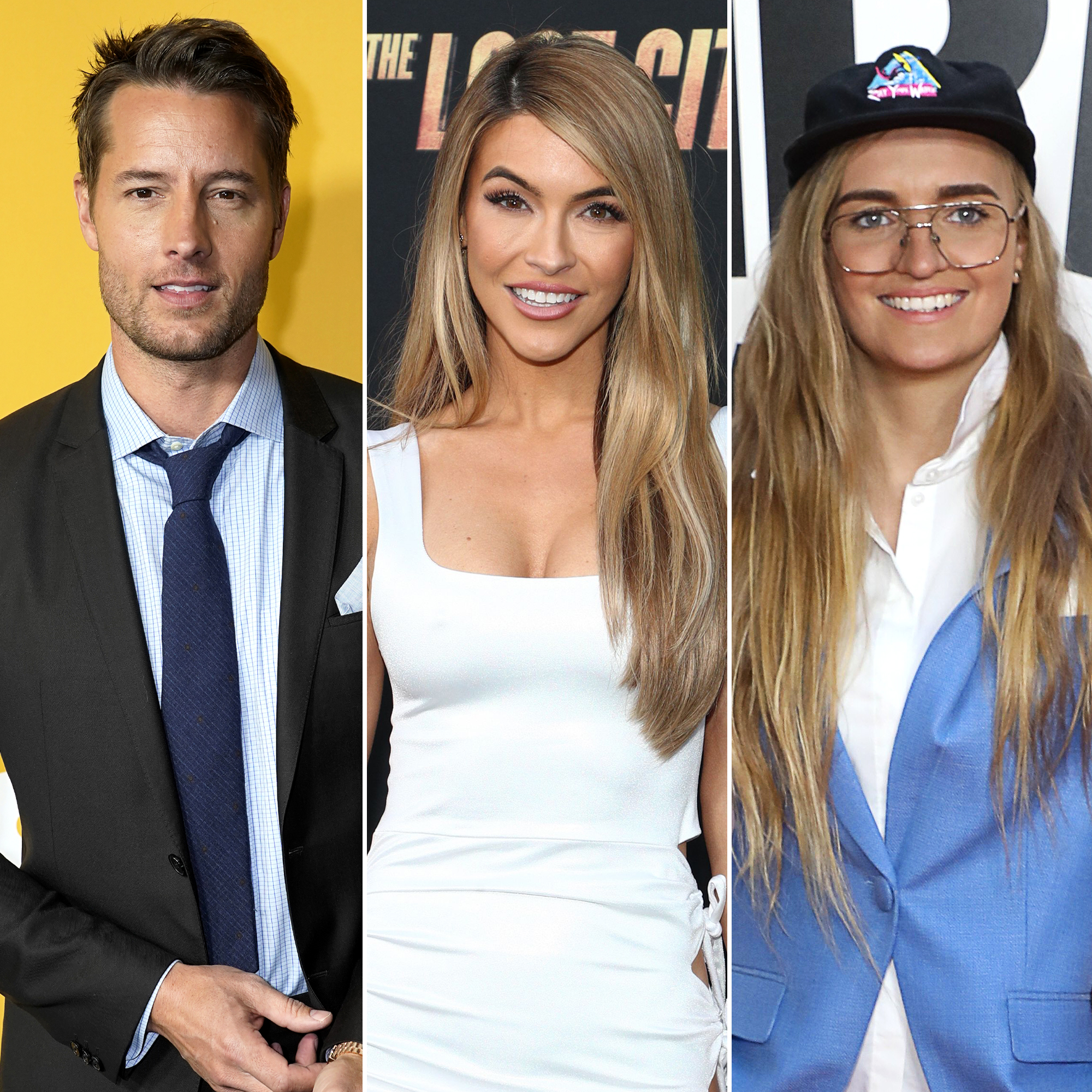 Keeping the past in the past. Justin Hartley doesn’t follow any details about his ex-wife Chrishell Stause’s current dating life, including her new romance with G Flip.

“Justin doesn’t keep up with news about Chrishell at all,” a source exclusively tells Us Weekly, noting, “He’s not one who follows celebrity news unless someone brings it up to him.”

The This Is Us star, 45, is “really all about keeping his personal life private, especially when it comes to his relationships,” the insider continues.

The actor — who split from Stause, 40, in November 2019 after two years of marriage — has been married to his former The Young and the Restless costar Sofia Pernas since early 2021. He was previously married to Lindsay Hartley (née Korman) from 2004 to 2012. The ex-couple share daughter Isabella, 17.

For her part, the Selling Sunset star, who revealed her relationship with the nonbinary singer, 27, at the season 5 reunion earlier this month, has openly discussed her past relationship with Justin on the Netflix hit.

“What Chrishell wants to talk about on TV about their past is her business. He has nothing to do with it — he’s far removed from that relationship,” the source adds of the NBC star’s reaction to his ex-wife’s public comments. “He doesn’t like drama and isn’t a big fan of reality TV. … He can’t control what she says. He doesn’t pay attention to it.”

The insider further claims that the former spouses “haven’t spoken in a long time,” noting, “Once they separated and divorced, that was it.” Justin and Stause finalized their divorce in January 2021.

The Netflix star wasted no time putting her love for her current partner on display after confirming their relationship on May 6. The couple not only star in G Flip’s latest music video, “Get Me Outta Here,” but they have multiple intense makeout sessions throughout the video. Stause has also defended her relationship with the “Gay 4 Me” artist from “worried” and “concerned” fans.

“For me, it is about the person. It is about their heart. I am attracted to masculine energy and I don’t really care about what the physical form is,” the All My Children alum told fans via Instagram on Tuesday, May 11. “With G, they identify as nonbinary. They really feel like they are a mix. They identify on both sides of male and female. I personally find [it] such a beautiful mix and it’s probably why we did connect on such a deep level so quick.”

She also candidly spoke about how they are at different places in life.

“Yes, I wish we were in the same stage in our life and wanted the same things, but that doesn’t diminish the deep connection that we have made,” added Stause, who ended things with her Oppenheim Group boss, Jason Oppenheim, in December 2021 over her desire to have children.

Her ex-husband is also content in his own romance.

“Justin is very happy with Sofia. He likes that she’s private about their relationship just like him and they have a lot in common,” the source tells Us. “He’s a family man, caring and protective of his teenage daughter Isabella. He really is doing well and is always focused on his career.”