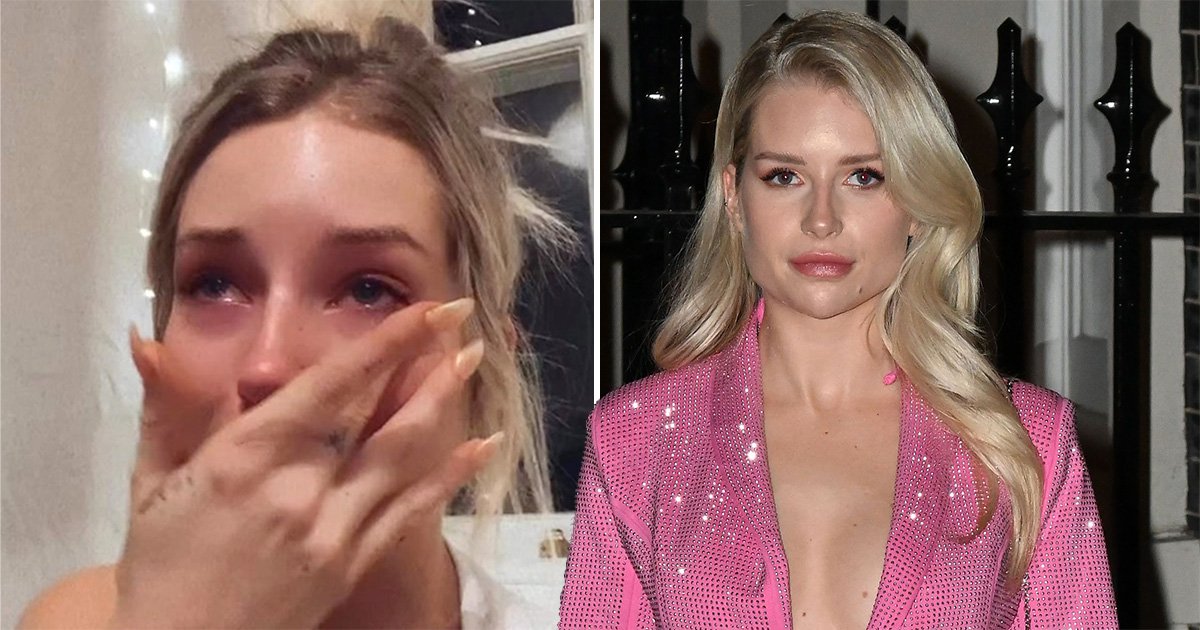 Lottie Moss broke down in tears online on Monday after her phone number was leaked online by an ex friend.

The younger sister of Kate Moss, 23, said other people were also being encouraged to spread her exclusive OnlyFans photos online.

Lottie revealed that she rakes in £70,000 per month from the subscription site, where public figures charge fans a fee for their content – often explicit photos and videos, as well as personalised messages.

She was horrified by the betrayal, branding her former pal ‘an evil human being’ after receiving a message from a follower claiming they were ‘telling the boys in the group chat to sub to your OnlyFans and leak the pictures to your mother’s Instagram.’

The model allows fans to see some pictures on OnlyFans free of charge, which she also shares on Instagram.

Lottie then charges £14/$20 each month for her more provocative content, and supposedly charges up to £1,000 for a naked video.

Lottie – who was reportedly dropped from a former modelling agency for her racy online content – opened up about her job on Jamie Laing’s Private Parts podcast last year, insisting she ‘was not hurting anyone.’

Lottie, who later signed to international modelling agency Storm and joined OnlyFans in June 2021, explained how lucrative it can be: ‘You can make upwards of like $100,000 a month if you’re doing it regularly and have followers.

She first confirmed her relationship with the 27-year-old – who is 1/4 of The Vamps – last year after reports said they’d been dating in secret since summer.

Lottie is now single following a whirlwind four-month romance, confirming in an Instagram Q&A that she is ‘actually very happy for the first time ever.’

She also said she ‘would date somebody that wasn’t famous’ and joked that her ‘type’ is ‘malnourished men with tattoos.’