Kelly Ripa bared her soul with her debut as a writer, as the newly released Live Wire shares all kinds of stories from her life, upsetting or hilarious.

The TV star detailed one incident that verged on both sentiments as she described encounters during family vacations that left her rather flustered.

While gushing about her home state of New Jersey, she marveled at the uncanny ability for people from Jersey to find her during international holidays.

She explained that the pattern of the encounters usually featured a group of people loudly calling out to her while in a relatively quiet place, like the Sistine Chapel, as she’d urge them to quiet down.

Kelly even quipped that she’d learned how to apologize in four languages “including English, for this very reason.”

The Live with Kelly and Ryan star then shared another incident from a vacation to Nice, France in 2011 with her husband and kids, just after Hurricane Irene made landfall in New York and Jersey. 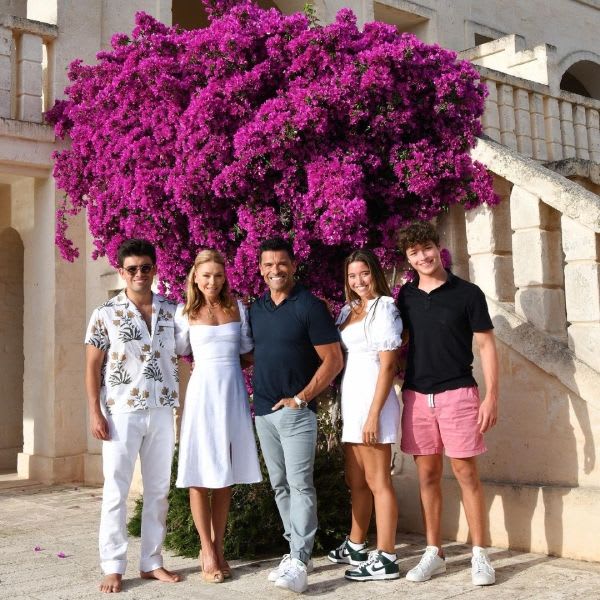 After a rough journey, while getting breakfast at the hotel buffet the next morning, she said: “I heard an unmistakable language, in an unbelievable volume.”

She remembered a man screaming “KEL!” to her and pondered whether he was someone she knew, but then dropped the idea when he began calling out to her with her full name.

“I kept perusing, and pretended I didn’t speak English,” she hilariously added. “Unfortunately, my honest children exposed my charade. ‘Mommy, the man is calling you.’ Thanks, guys.”

MORE: Kelly Ripa reveals how she feared divorce after 26 years of marriage to Mark Conseulos

After an extended conversation that she’d emphasized the volume of by writing in all caps, Kelly responded in whisper tones as she continued assembling a platter for her family.

When the fan even questioned whether she’d fled to France because of the beaches back home being affected by the hurricane, she retorted: “Don’t we all hop on a flight to the South of France the minute the Jersey Shore is closed? You got me.”

She did, however, emphasize her continued love for her home state and its people despite the awkward meetings.