The Duchess of Sussex has given an incredibly rare insight into her and Prince Harry’s royal wedding day.

MORE: Meghan Markle and Prince Harry’s son Archie greets them in the most adorable way

Meghan Markle opened up about the speech she gave on 19 May 2018 after millions tuned in to watch her and Harry tie the knot at St George’s Chapel in Windsor Castle.

She went on to quote to The Cut author Allison P. Davis “what she says was the end of a speech she gave at her wedding”.

MORE: The Queen’s funeral: The hugely poignant moment you might have missed

She said she took comfort in the “resounding knowing that, above all, love wins”. “I hope that is the sentiment that people feel when they see any of the content or the projects that we are working on,” she added.

Meghan and Harry’s life has changed dramatically since their wedding day. The couple announced their decision to step down as working members of the royal family in 2021, and left the UK to live in the United States.

They have a beautiful home in California, where they are raising their two young children, Archie, three, and one-year-old Lilibet.

Harry and Meghan were last seen in public in the UK as the joined the royal family and political figures from around the world to attend the funeral of Queen Elizabeth, who passed away on September 8.

The couple also joined the Prince and Princess of Wales days after the late monarch’s passing to view floral tributes in the grounds of Windsor Castle. 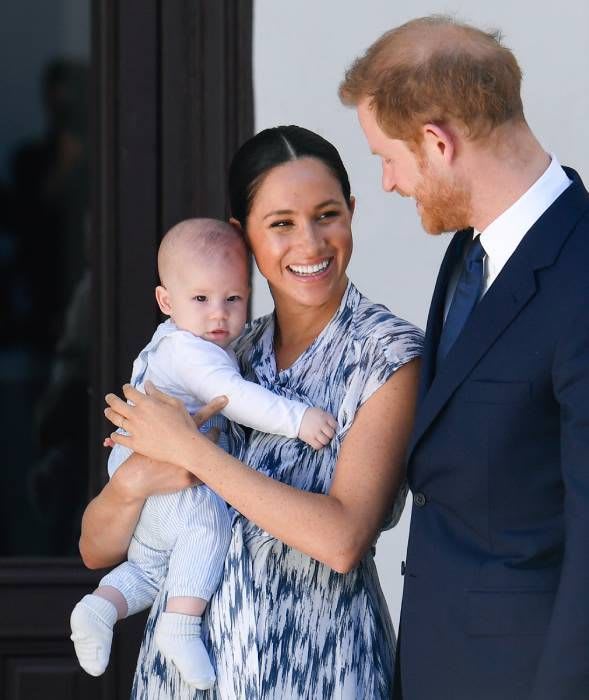 The Duke and Duchess with oldest child Archie

The pair released a touching tribute following the death of Her Majesty which read: “In celebrating the life of my grandmother, Her Majesty The Queen – and in mourning her loss – we are all reminded of the guiding compass she was to so many in her commitment to service and duty.

MORE: Prince Harry and Meghan put united front with the royal family at the Queen’s funeral

She was globally admired and respected. “Her unwavering grace and dignity remained true throughout her life and now her everlasting legacy. Let us echo the words she spoke after the passing of her husband, Prince Philip, words which can bring comfort to all of us now: ‘Life, of course, consists of final partings as well as first meetings.’