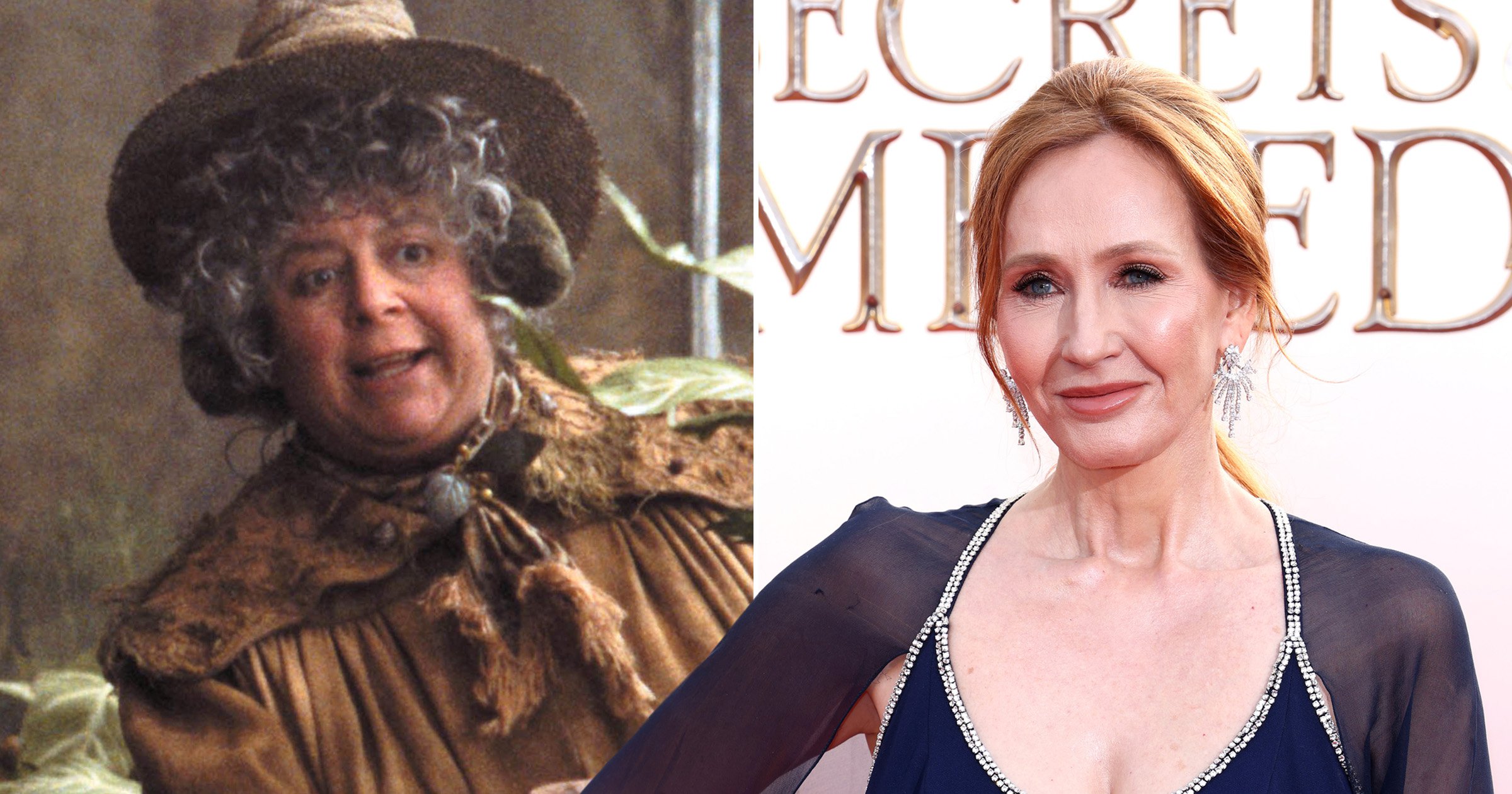 While other Harry Potter stars have spoken out against JK Rowling’s comments on the trans community, Miriam Margolyes has defended her, saying she ‘admires her as a human being’.

Last week, the author who created the boy wizard attended a lunch with women’s rights campaigners, fuelling tension with trans equality groups a day after thousands joined a protest at Downing Street calling for a complete ban of conversion therapy in the UK.

In 2020, Rowling criticised an article that referred to ‘people who menstruate’, rather than women, going on to make several contentious statements about the trans community over the past couple of years despite denying she is transphobic.

Hermione Granger actor Emma Watson recently appeared to make a subtle dig at the writer, saying at the Baftas that she was ‘here for all of the witches’, which several viewers interpreted as a public act of throwing shade.

In June 2020, Harry Potter star Daniel Radcliffe emphasised that ‘transgender women are women’ in a statement shared through LGBT+ suicide prevention charity The Trevor Project, while in January this year, Ron Weasley actor Rupert Grint said: ‘I liken JK Rowling to an auntie. I don’t necessarily agree with everything my auntie says, but she’s still my auntie. It’s a tricky one.’

In a new interview, Margolyes, who played Professor Pomona Sprout in the Harry Potter films, said that ‘there isn’t one answer to all these trans questions’.

‘We all know people who are slightly pansy or a bit butch or whatever you call it,’ she told Radio Times.

‘But I think the vituperation that JK Rowling has received is misplaced.’

However, Margolyes acknowledged that she doesn’t ‘know her at all’.

The actor explained that she ‘admires’ Rowling ‘as a human being’, describing her as a ‘generous woman’ and a ‘brilliant writer’.

When asked if she could help to forge an understanding between Rowling and Watson about discussions on the trans community, Margolyes responded: ‘I would if anybody asked me.’

In 2020, Margolyes spoke out in support of trans people in the wake of Rowling’s comments, saying: ‘She [Rowling] has a rather conservative view of transgender people. I don’t think I do.’

Speaking to The Times at the time, she continued: ‘I can’t make it out. It’s a matter of personal happiness for people and I think that’s what you should concentrate on. If you seriously want to become a woman you should be allowed to. You can’t be fascist about it. I think it’s confusing.’

Earlier this month, Mads Mikkelsen – who took over the role of Gellert Grindelwald from Johnny Depp in the new Fantastic Beasts film from the Harry Potter universe – urged caution when talking about Rowling’s controversial remarks on trans people.

Speaking to GQ Hype, he said: ‘People treat it a little flippantly, like, ‘Isn’t that a disgrace?’ And every time you ask somebody, you can’t really figure out what she said.

‘But if the reaction is that crazy, we have to be very careful that we know what we’re talking about.’