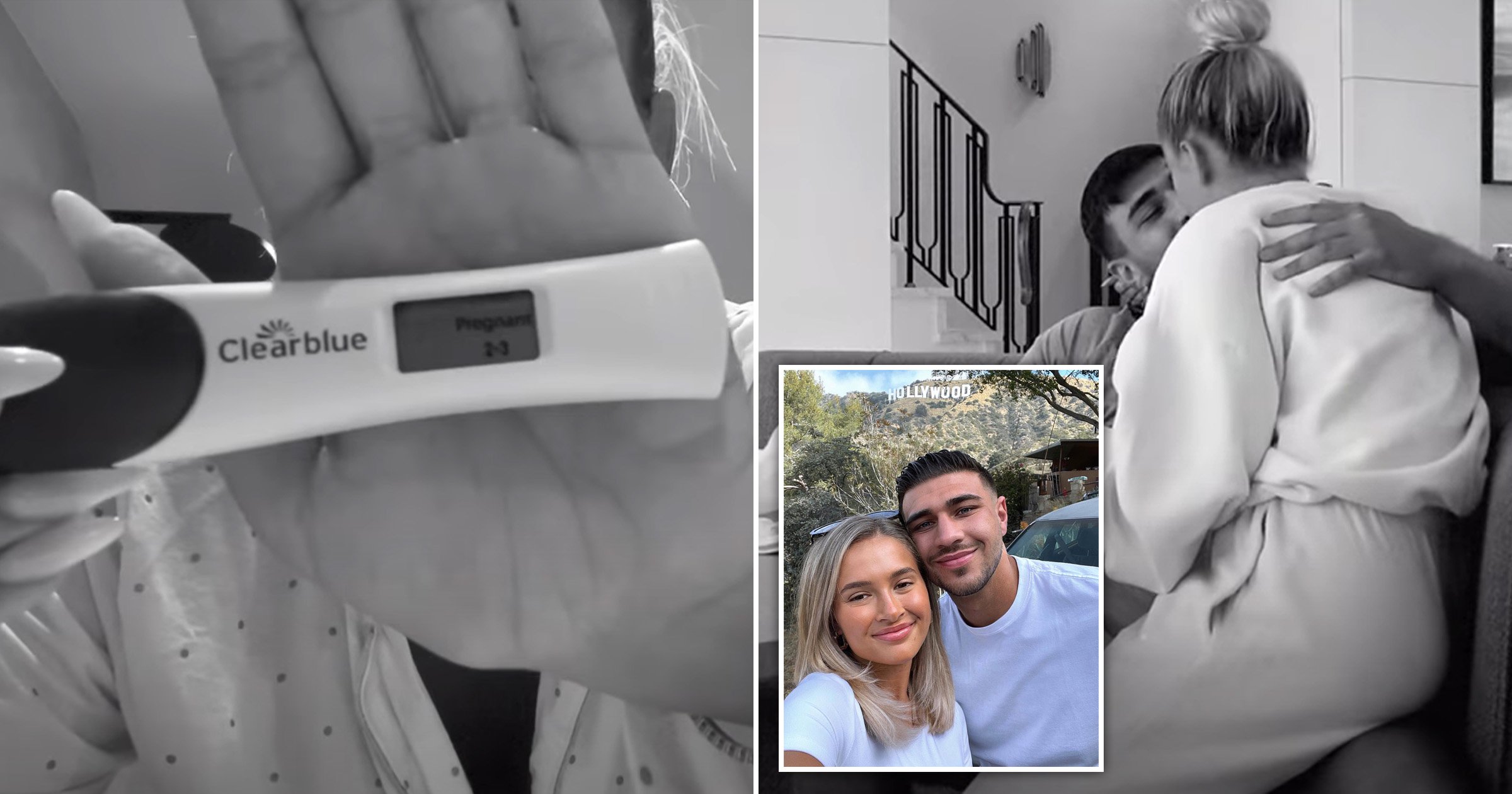 Molly-Mae Hague has opened up about her pregnancy and shared new details after making the exciting announcement earlier this week.

Tommy Fury and Molly-Mae, both 23, broke the internet when they announced that they were expecting their first child together in an adorable video showing off the PrettyLittleThing creative director’s blossoming bump.

Later on, the influencer uploaded a video to her YouTube channel, offering a further glimpse inside her pregnancy journey, which she seems to be documenting every second of, from receiving a positive test to attending her first scan.

Today on Instagram, answering questions from fans, Molly-Mae gave a further insight into her pregnancy, sharing that she’s past the five-month mark, and that she didn’t tell Tommy as soon as she found out.

Answering whether it was hard to ‘hide’ her pregnancy, Molly-Mae revealed: ‘Strangely… no. It wasn’t.’

She continued: ‘I set myself a goal to get to 5 months without people knowing and I really didn’t think I would get that far… but we actually went past that point!

‘It was so special having it as mine and Tommy’s secret – I also have some amazing secret keeping friends/family too.’

She also revealed that she’s been ‘insanely lucky’ to not have suffered from any morning sickness, saying: ‘I was able to keep working and living life as usual which really helped me to keep it a secret. I know a lot of women experience such horrendous sickness through pregnancy and my heart truly goes out to them because I can imagine it’s just awful.’

While Molly-Mae has opened up on social media and shared clips to her YouTube channel, she admitted that she didn’t record telling her family members or Tommy.

‘Something about it just felt kind of un-natural? Even filming Tommy felt strange,’ she shared.

The pair have had a name picked out since their stint in the villa, Molly-Mae also revealed, saying: ‘We are sticking with the name we’ve had planned all along.’

During the baby challenge in the Love Island villa in 2019, Molly-Mae and Tommy became parents for the day, calling their pretend-baby TJ, although some fans have speculated their baby may be named after Molly-Mae’s beloved teddy, Ellie-Belly.

Molly-Mae also opened up about the moment she actually took her pregnancy test, sharing that she didn’t tell Tommy until the next day.

Answering a question on why she took the pregnancy test, Molly-Mae wrote: ‘I was one day (one day) late on my period but I am usually bang on time! I had a test in the drawer anyway so I just took it – I probably woulnd’t have actively gone to get a test for a while because I didn’t feel any different AT ALL.’

She added: ‘I didn’t tell Tommy the night I found out… I waited until the next day – it was absolute torture but I wanted to find the right way to tell him.’

Elsewhere, she revealed that they have already started planning the baby’s nursery, and hilariously has been ‘sneakily’ baby shopping with Tommy.