Naga Munchetty, 47, has been working with the BBC since 2010 and has become a main fixture of the channel. She is known for having an active Twitter account and today was no different when she responded to a BBC Breakfast viewer’s comment about her outfit choice for this morning’s early breakfast show.

Naga presented on Thursday’s BBC Breakfast with Charlie Stayt, however many viewers were distracted by her outfit.

Having seen her on the show, social media user C0tts10 jibed on Twitter: “That reminds me @TVNaga01 I must put the black bin bags out today.” 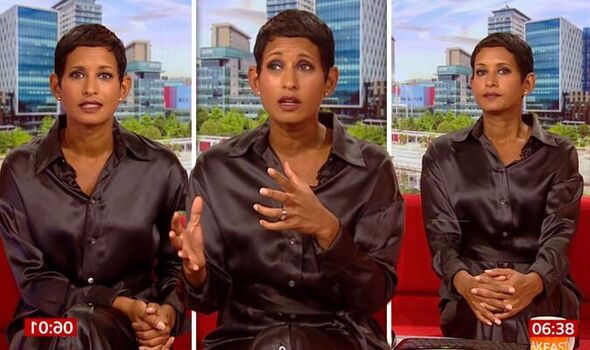 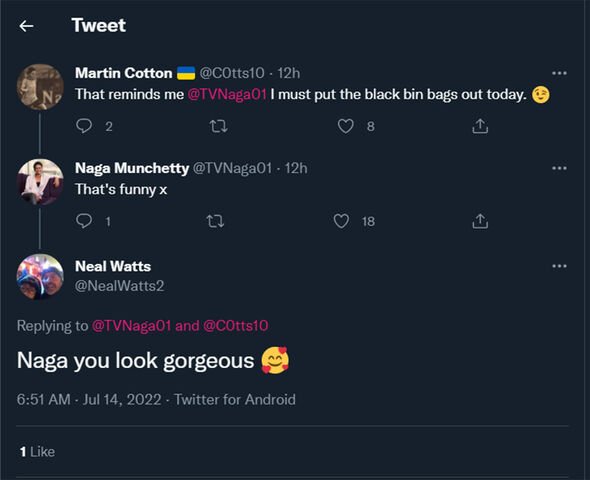 NealWatts reassured the presenter as he commented: “Naga you look gorgeous.”

BCollier2012 asked: “Is Naga going to wear her dressing gown all day?”

LizzieAnnette added: “I love that black satin, said no woman ever. 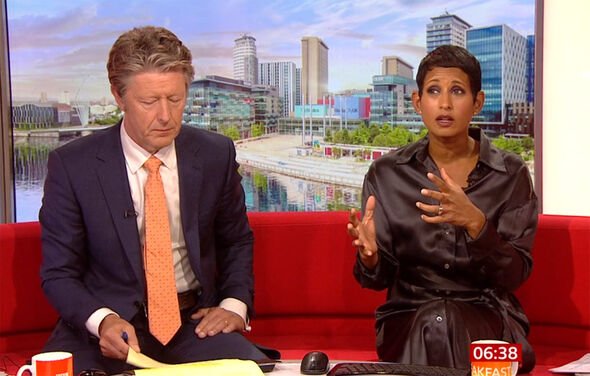 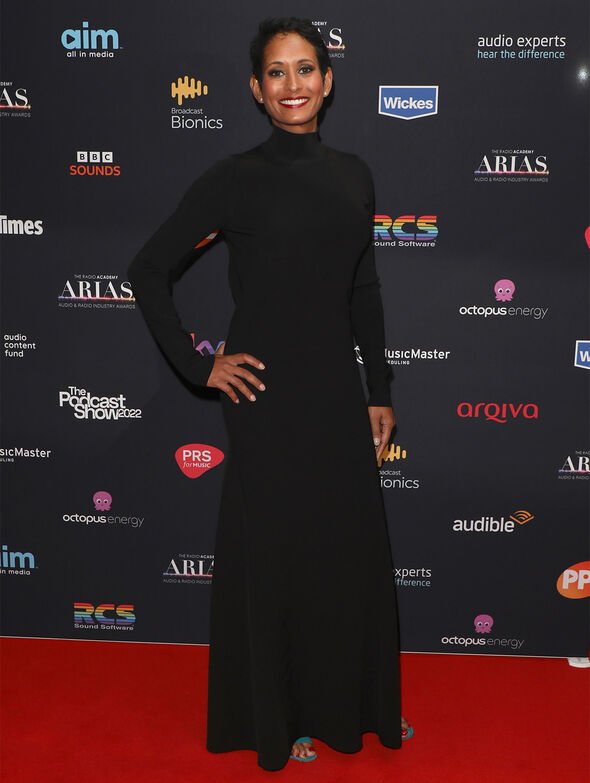 “Naga wears some gorgeous clothes but today is not one of those days.”

JamesMason1 chimed: “Did Naga get up late this morning?

“Can’t understand why she is still in her pajamas.”

This comes after it was recently revealed that Naga had taken a pay rise of over £100,000, making her one of BBC’s biggest earners.

Her increase was the second-highest for the channel, with Amol Rajan enjoying the biggest pay rise.

The BBC Breakfast presenter is still behind Match of the Day’s Gary Lineker, the only presenter to earn over £1 million annually.

Earlier this week, Naga also had to issue an apology for failing to deliver a promised interview on her BBC Radio 5 Live show.

She revealed she was unable to air her anticipated interview with actress Rebecca Humphries on time as it still required editing.

“Now, I did say that I was going to bring you the interview I did with the actor and writer Rebecca Humphries,” she told her listeners.

“I spoke to Rebecca and finished talking to her at about quarter to 11.

“We want to do this justice so we want to get a really good edit for you.”

Naga apologised to her fans, and assured them the interview would be out by next week.

BBC Breakfast airs weekdays from 6am on BBC One.