Ever since he was arrested as a suspect in the 1994 homicide of his ex-wife Nicole Simpson Brown and her friend Ron Goldman, O.J. Simpson has seemingly been unable to keep away from the inside of a court room. While Simpson was ultimately acquitted for murder in 1995 — a moment, much like the media frenzy coverage of the trial itself generated before it, which became a touchstone of American culture — it was only the first chapter in a series of never-ending legal battles. In 1997, Simpson was once again in the spotlight for reasons tied to the deaths of Brown Simpson and Goldman, in a civil case brought by Goldman’s family. The suit thrust the original crime back into the news cycle — especially after Simpson was found liable for wrongful death of Goldman and battery of Brown Simpson — and was ordered to pay $33.5 million to the Goldman family. A decade later, Simpson was sentenced to serve 33 years in prison after he was found guilty for armed robbery, though he was granted early release by the parole board after only nine.

Despite the fact that it has been over two decades since the media circus that was the O.J. Simpson trial, according to a recent report by TMZ, Simpson’s latest legal woe goes right back to the very beginning.

O.J. Simpson's latest legal issue has to do with the Goldman family 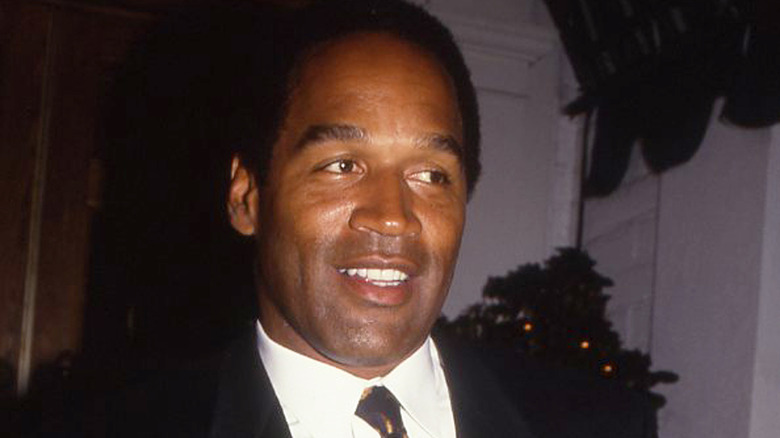 As TMZ reported on August 19, O.J. Simpson’s latest tangle with the legal system is directly tied to the family of Ron Goldman. In 1997, Simpson was ordered by a California court to pay $33.5 million to the Goldman family after their suit against Simpson was ruled in their favor. Since the initial 1997 adjudication, that figure has considerably grown significantly: In June, ABC News reported that Simpson now owes the Goldmans “at least $60” million total, despite his many attempts to have the financial judgements overruled. (TMZ claims this number is now over $70 million, due in part to interest over the years.)

Per TMZ, Fred Goldman, the father of the late Ron Goldman, has made headway in order to finally collect. According to court filings obtained by the gossip site, a Nevada judge ordered Simpson to meet with Goldman’s attorneys by September 16. As Simpson’s attorney told TMZ, “This is a routine part of the judgement debtor collection process,” also noting that “Mr. Simpson will comply with the court order.”

If you or someone you know is dealing with domestic abuse, you can call the National Domestic Violence Hotline at 1−800−799−7233. You can also find more information, resources, and support at their website.