This Morning: Phil reveals changes to Spin to Win prizes

Amid fears of the cost of livng in the UK, This Morning introduced the option to pay for a lucky viewer’s energy bill up to £3,000 until the end of the year, as part of the show’s game Spin To Win. While the intention meant well, viewers branded the idea “tone deaf” and “dystopian” claiming the show had turned the cost of living crisis into “light entertainment”.

After yesterday’s game, Phillip Schofield, 60, ended the segment saying: “How much of that can they complain about online.”

His comment was slammed by a viewer named Mark Scales, who wrote: “Yes smug we can complain.

“It was poor taste paying an energy bill is not a luxury it’s a necessity that’s the point!”

Ben Smoke added: “People are going to freeze to death this year because of energy crisis. turning it into light entertainment is beyond bleak.” 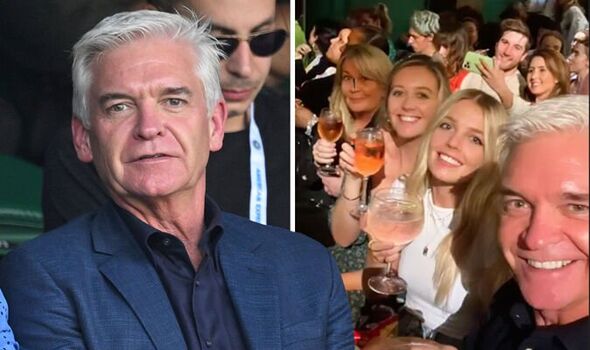 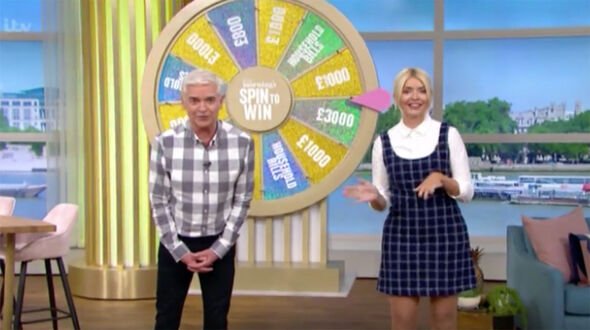 Kate Reilly commented: “I wonder how much of that they’ll complain about online’.

“Wow tone deaf, insensitive BS from Phillip Schofield and This Morning as ‘Spin To Win’ airs on TV again and us poor folk get the chance to survive the winter. FML.”(sic)

Marion Main added: “I’m curious if @thismorning will apologise on air for the detestable Spin To Win wheel? Will it be removed without reference to the Twitter storm?”

In yesterday’s episode, the energy bills option was changed to household bills and today it was scrapped after hundreds of complaints were put forward to Ofcom. 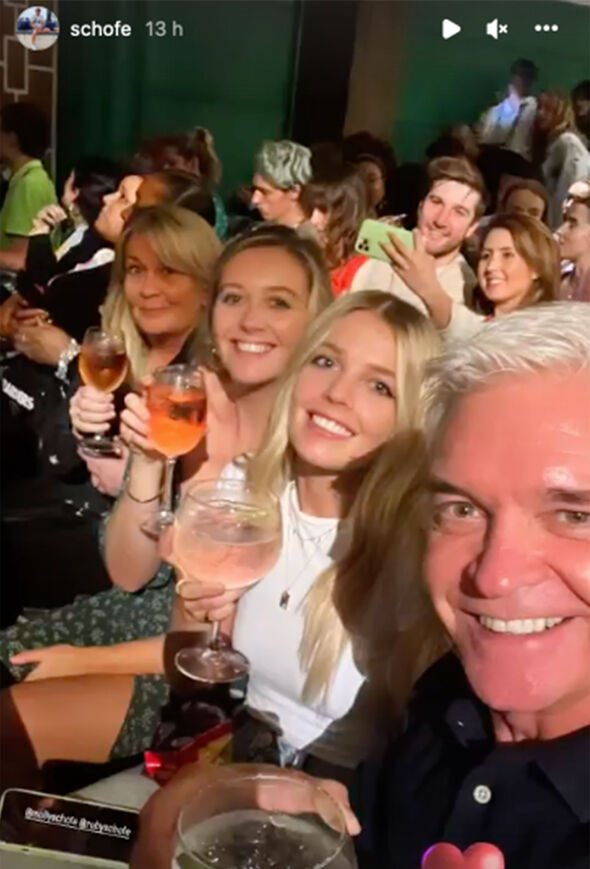 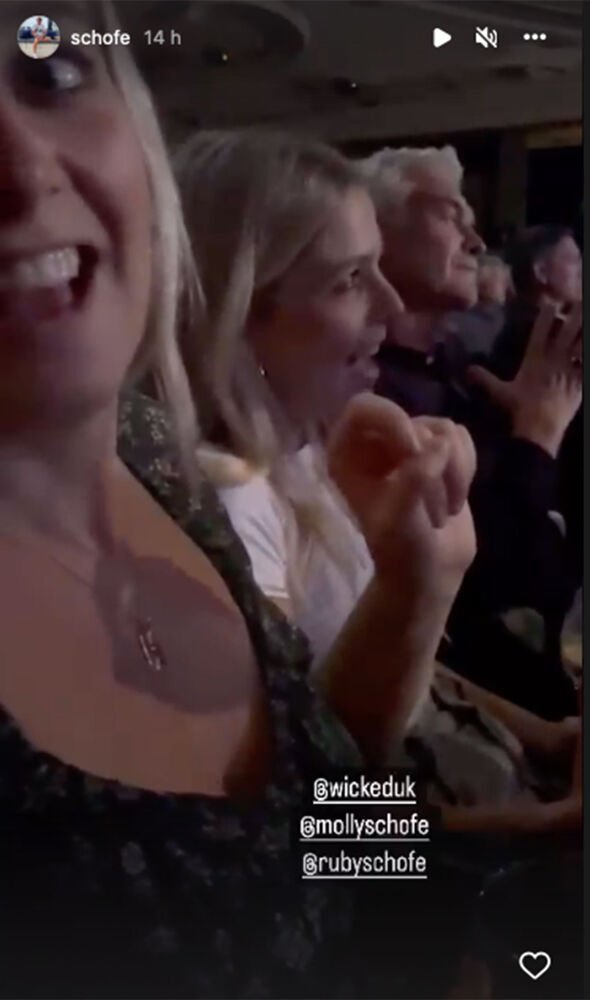 The hosts still mentioned that viewers could spend their prize money on bills, but it didn’t feature as an option to be won.

Neither Phillip or Holly Willoughby have addressed the controversy publicly and continued as normal today.

Last night, the host appeared in high spirits as he enjoyed a night out at the theatre with his wife and daughters Molly and Ruby.

The family of four sat together to watch the show Wicked, which Phillip praised on his Instagram page.

The host shared a picture of him and his family in the audience as they all smiled for the camera enjoying a beverage each.

Phillip and Holly returned to This Morning this week after having the summer holiday off.

Yesterday, the former celebrated his 20th anniversary on the show, which he began presenting with Fern Britton in 2002.

He has since said that he would love to stay on the show for at least another decade.

On his future on the show, he told The Mirror: “I certainly have no plans to leave the sofa.

“It’s just been a rolling organic process that has got better and better over the years.

“It’s unique in TV and I still love the live studio and the amazing team I work with.”

This Morning airs weekdays from 10.30am on ITV.