Robbie Williams, 48, whose recorded performances are airing on BBC Two, consistently tried to breakup with Ayda Field, 43, when they first started dating. Now, the couple celebrated 12 years of marriage this August and have four young children together, one of which was a bridesmaid at Princess Eugenie’s wedding.

Williams and Field first met on a blind date in 2006, during which time the singer was one of the most eligible bachelors in the music industry.

It has been widely reported that when they first met, Williams was adamant that he would never get married and never have kids.

The singer explained to the Daily Mail that his negative outlook on love was because “people were always falling in love with me”.

“As soon as I met someone, she wanted to move in with me. So I didn’t trust anyone.”

The singer had been in the global spotlight since he was a teenager in the early nineties with the boy band Take That. 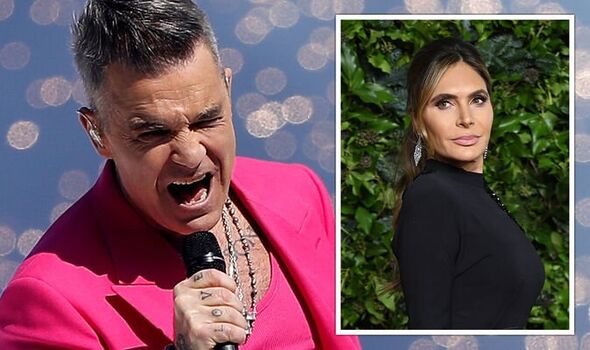 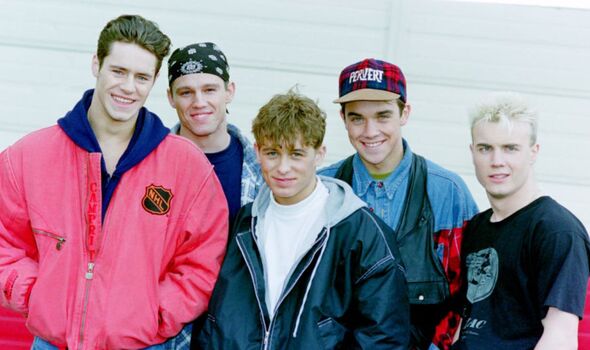 Williams reportedly clashed with some members of the band and Take That’s management, culminating in him quitting in 1995 and began his solo career.

Almost immediately, the singer’s solo work began hitting charts and breaking records across the world. In 2002 the star signed a record-breaking contract with EMI for £80million.

Despite his continued success for more than a decade, Williams described 2006 as a dark time for him personally as he was struggling in the depths of addiction. He told You Magazine in 2019 that he had actually “secretly retired” as he became more and more reclusive.

When they first met, Field was allegedly somewhat put off by his dishevelled demeanour but, regardless, the two embarked on the date and began talking, suddenly realising a deep connection between them.

Both Field and Williams have previously admitted they fell in love on that very first night, but it was not easy sailing for the couple. 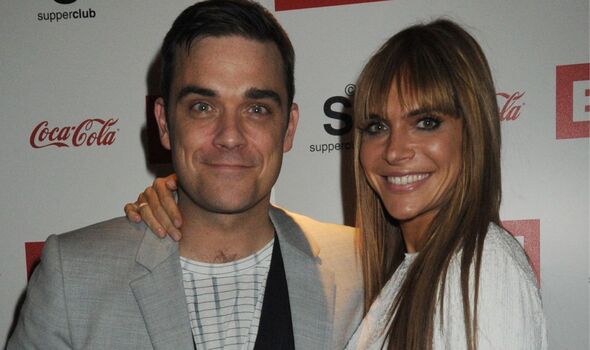 Speaking to The Mirror in 2009, the Sensational singer revealed he had dumped Field three times in one year.

He said: “We broke up about three times in the first year because of me not trusting and not knowing that I really needed this and really wanted it.

“I will bolt at any sign of anything. And if there wasn’t one I’d make one up. With Ayda I kept looking for one. But she just kept on being this wonderful person.”

Despite all of Williams’ attempts, Field was determined to stick by him, telling The Times in 2020 that although his breakup methods were “questionable”, Williams “had my heart. He was my soulmate.”

She jokingly added: “He used to say, ‘I’m never getting married and I’m never having kids’. We laugh at that now.”

After one particular breakup, where once again Williams was adamant that it would be permanent, he found himself in Los Angeles’ Chateau Marmont hotel surrounded by celebrities.

He recalled the night to You Magazine, saying: “I bumped into Cameron Diaz and Drew Barrymore.

“I started talking about this person I’d just ended a relationship with and was listing all these things about her brilliance when Cameron said: ‘I don’t think it’s over’.”

This moment acted as a wake-up call for the pop star, and in 2009 he declared his love to the world in his song Won’t Do That.

The singer claimed the lyric ‘My Swiss army wife’ confirmed in his mind that he would marry Field one day. 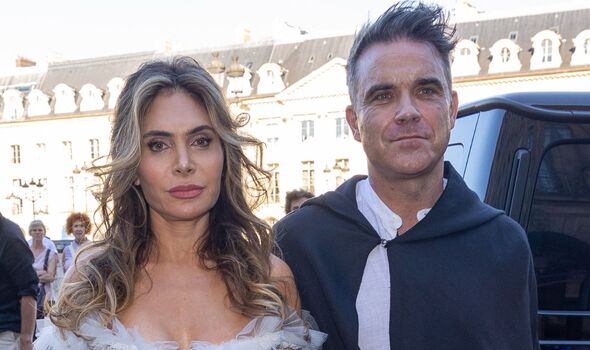 It didn’t take too long, as the couple got married at his Beverly Hills home in August 2010.

In October 2018, six-year-old Theodora joined the likes of Prince George and Princess Charlotte in the bridal party of Princess Eugenie’s wedding.

Field explained on Loose Woman that both she and Williams are “really good friends” with the Princess and her now-husband Jack Brooksbank, which earned their daughter a starring role in the wedding.

The young bridesmaid went viral after the special day as she reportedly got slightly confused while taking photos with the bridal party and asked the Duchess of York, Sarah Ferguson, if she was the Queen.

Robbie Williams: One Night at the Palladium airs on BBC Two on October 1st at 22:15pm.