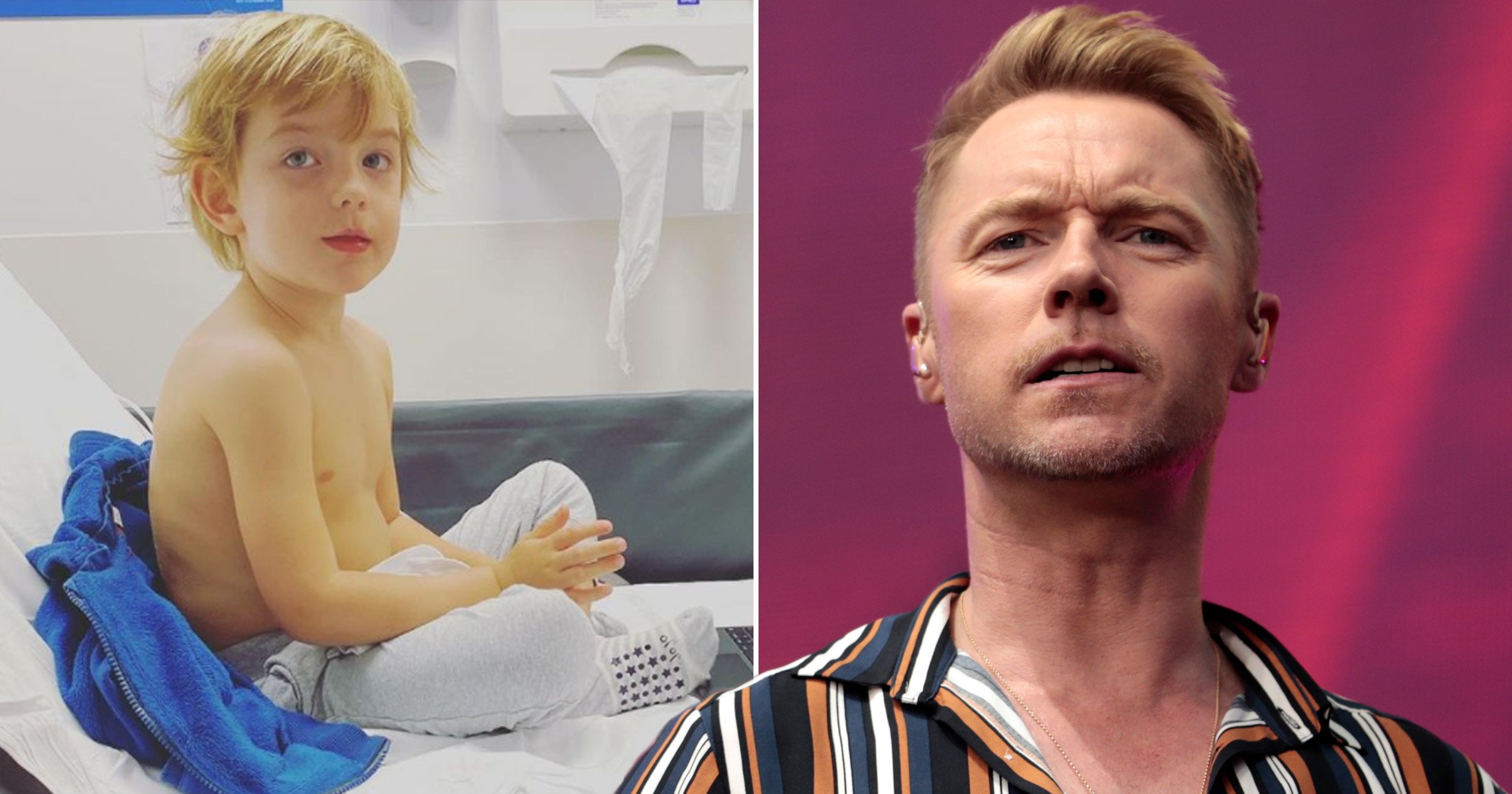 Ronan Keating has revealed his four-year-old son Cooper has been rushed to hospital.

The former Boyzone star, 44, shares Cooper with wife Storm, 39, and updated fans via Instagram, as he praised his little boy for being an ‘absolute trooper’.

Sharing a picture of Cooper sat up in his hospital bed playing on a laptop, Ronan said: ‘Not the 24hrs I had imagined. But ya never know what life has in store.’

While he didn’t disclose any details of why Cooper was in hospital, Ronan suggested that his son is doing well, as he gushed: ‘This little guy is an absolute Trooper. I’m blown away with his strength and charm.

‘Mum & Dad are a mess worried sick and he takes it in his stride.’

Ronan also took the opportunity to thank the hospital staff at Chelsea and Westminster who had helped his family, as he added: ‘I am so incredibly grateful to the staff @chelwestft you guys rock.’

Ronan’s celebrity pals were quick to send the singer their support, with comedian Jason Manford commenting on the post: ‘Thinking of you mate.’

Dad-of-five Ronan also shared a photo of Cooper to his Instagram story. It saw the tot sat up in his hospital bed, being looked after by nurses while making a mess as he played with a train set.

Ronan teased: ‘Never allowed to do this at home.’

He and wife Storm are also parents to one-year-old daughter Coco, who was born in March last year.

Ahead of Coco’s first birthday, Storm was forced to undergo emergency spinal surgery, after being rushed to hospital with severe back pain.

Storm described the ordeal as the ‘most frightening week of my life’ after being diagnosed with cauda equina syndrome – a rare and severe type of spinal stenosis where the nerves in the lower back become severely compressed.

Symptoms include sciatica, severe numbness or weakness in the legs or around the genitals or anus, and issues with urinating. If untreated, it can lead to permanent paralysis and incontinence.

Storm shared at the time: ‘Many of us take our spine for granted and often our health too… but sometimes the unexpected can throw a real curve ball if you’re not paying attention or if you’re ignoring your body.

‘I’m very lucky but I wouldn’t wish what I’ve been through on anyone.’

She and Ronan met in 2010 when Ronan appeared as a judge on The X Factor Australia and Storm had been working in production.

The couple married in 2015 after five years of dating.

Metro.co.uk has reached out to Ronan’s rep.