That’s his story regarding dating younger women and he’s sticking to it — sort of — even after getting called out during Sunday night’s final part of the Keeping Up with the Kardashians reunion after-show special hosted by Andy Cohen!

The 38-year-old Flip It Like Disick star spoke frankly about his relationship with now-20-year-old model Amelia Hamlin and his tendency to date younger women (see: Sofia Richie) after Cohen called him out. Defending himself, Disick declared (below):

“Everybody gets this wrong, that I look for young girls. I don’t go out looking for young girls, they happen to be attracted to me ’cause I look young.”

Ahhh, yes, the tried and true defense of “I’m not trying to date all these teenagers, I just can’t keep them off me”!

Scott may not actually believe his own hype here, though. He did admit later during the show, “at least that’s what I’m telling myself.” And the KarJenner clan may not be buying it, either! After Lord Disick’s ridiculous “I look young” quip, Kris Jenner jokingly shot back:

There was some serious business to get into between Scott and his ex-girlfriend and (of-age) baby momma, though. After joking about the ridiculous reality TV star’s dating life, the convo turned tense when the subject of Kourtney Kardashian and Travis Barker came up. 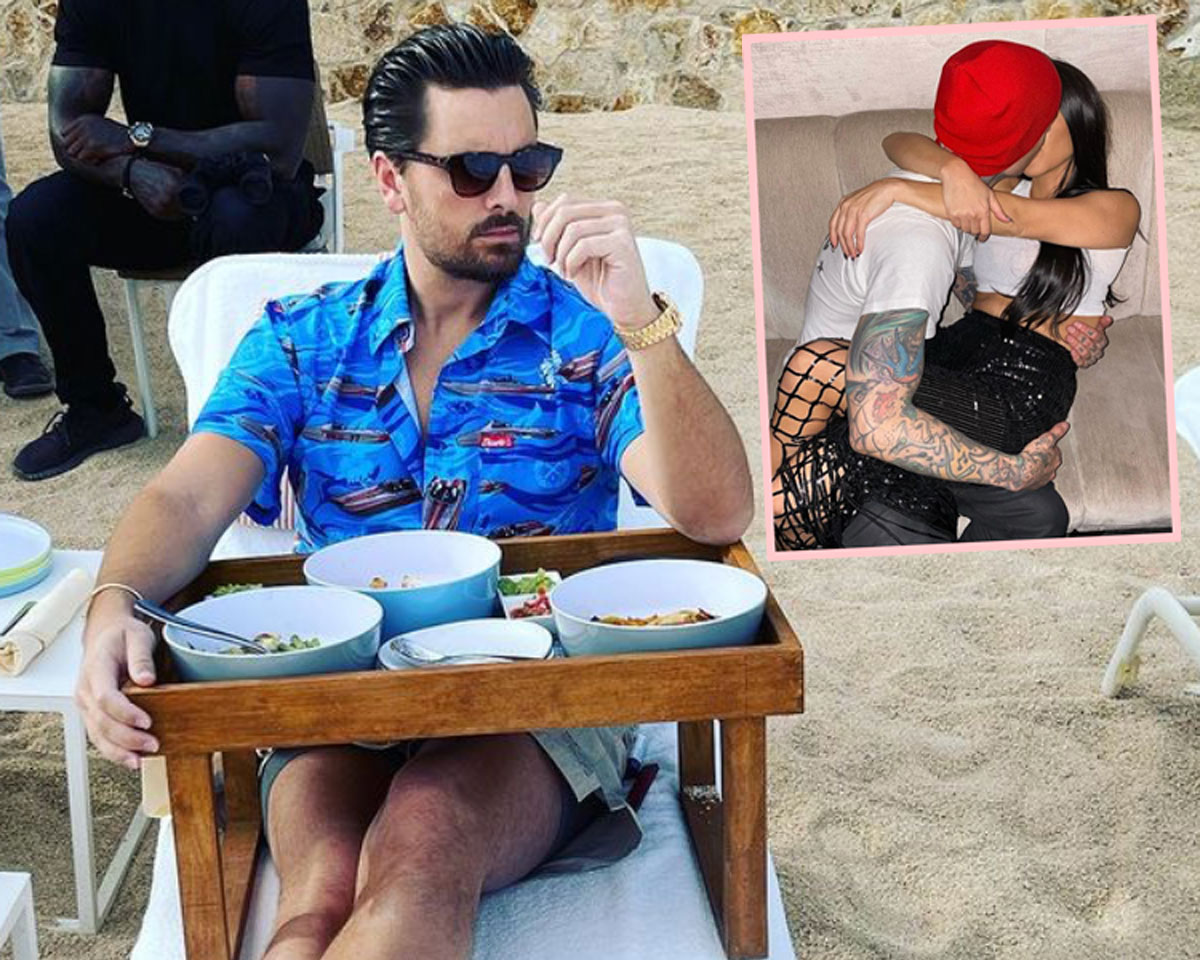 We’ve reported quite a bit lately about how the Blink-182 drummer’s presence in the Poosh founder’s life has been a major challenge for Scott. Heck, he even joked (?!) with Cohen that he “just wants to kill” any guy linked to Kourtney rather than watch her move on without him.

But it sounds like ultimately, even with personal struggles acknowledged, he does want what is best for Kourtney. The Talentless brand founder said:

“I think if you really love somebody, right, you want them to be happy no matter what. So, I do give a blessing to be happy .”

Kourtney jumped in on top of that sentiment, adding her own well-wishes for Scott as he continues to pursue Lisa Rinna and Harry Hamlin‘s daughter:

“Whoever would make him happy, I would give my blessing.”

Of course, the couple has been apart since they last split in 2015, and while it looked for a while recently like they might get back together, things didn’t turn out that way. No matter, though, because Scott and Kourt are still great co-parents and will hopefully maintain that vibe for a long time to come!

What do U make of these very public mutual blessings, Perezcious readers?! No more Scott–Travis gossip or rumors? Is everything cool now between exes and co-parents?! Or are we sure to hit another reported rough patch relatively soon??

Sound AWF about it with your takes on Scott, Amelia, Travis, and Kourtney down in the comments (below)… 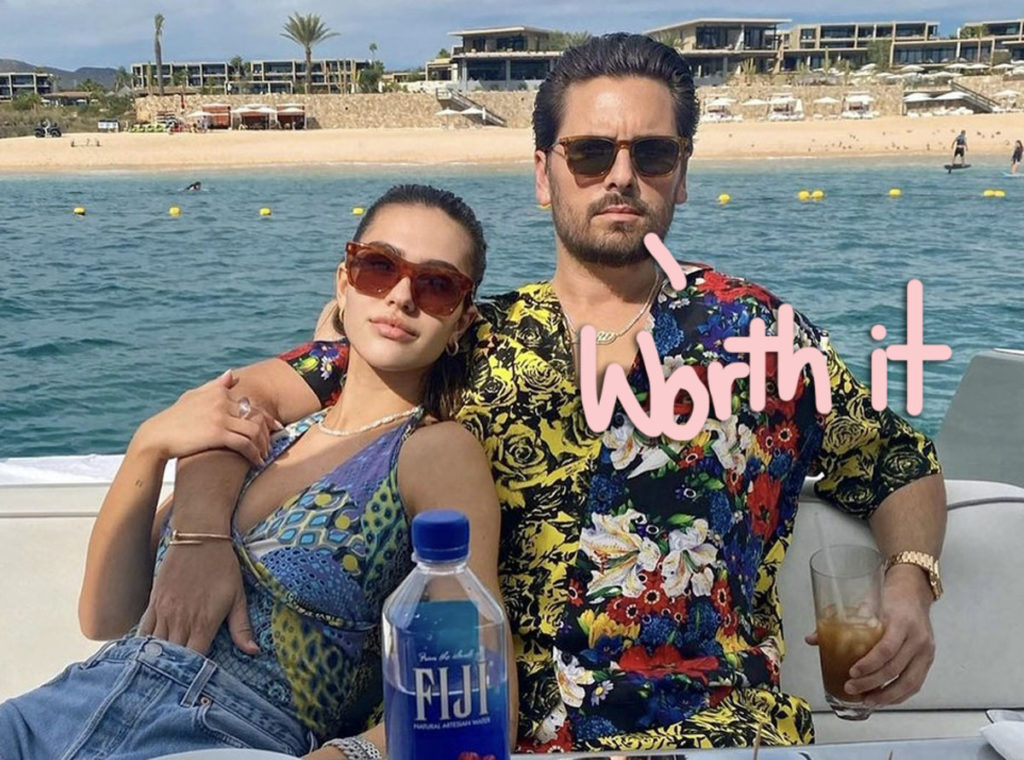 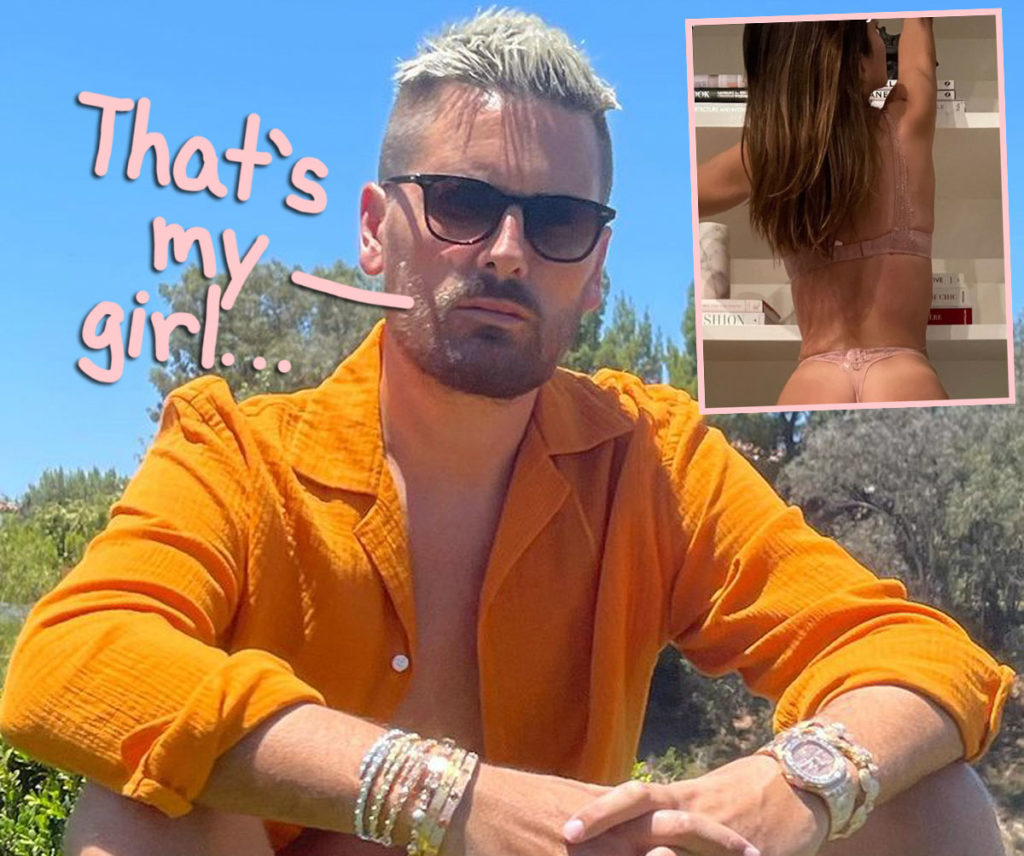 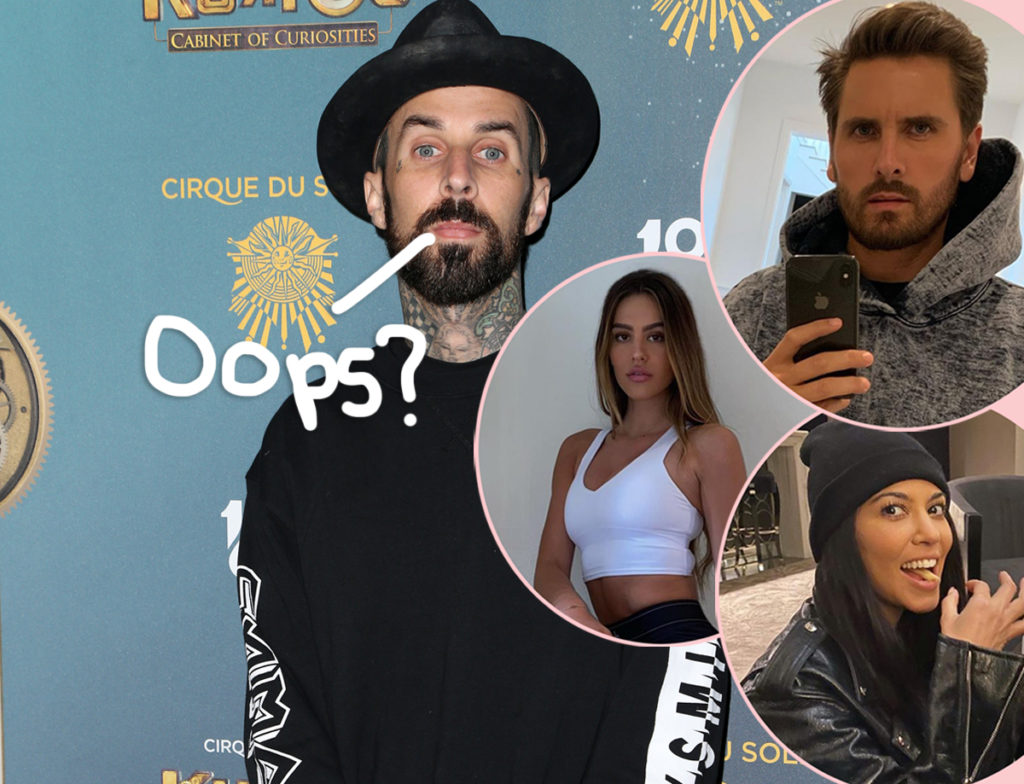 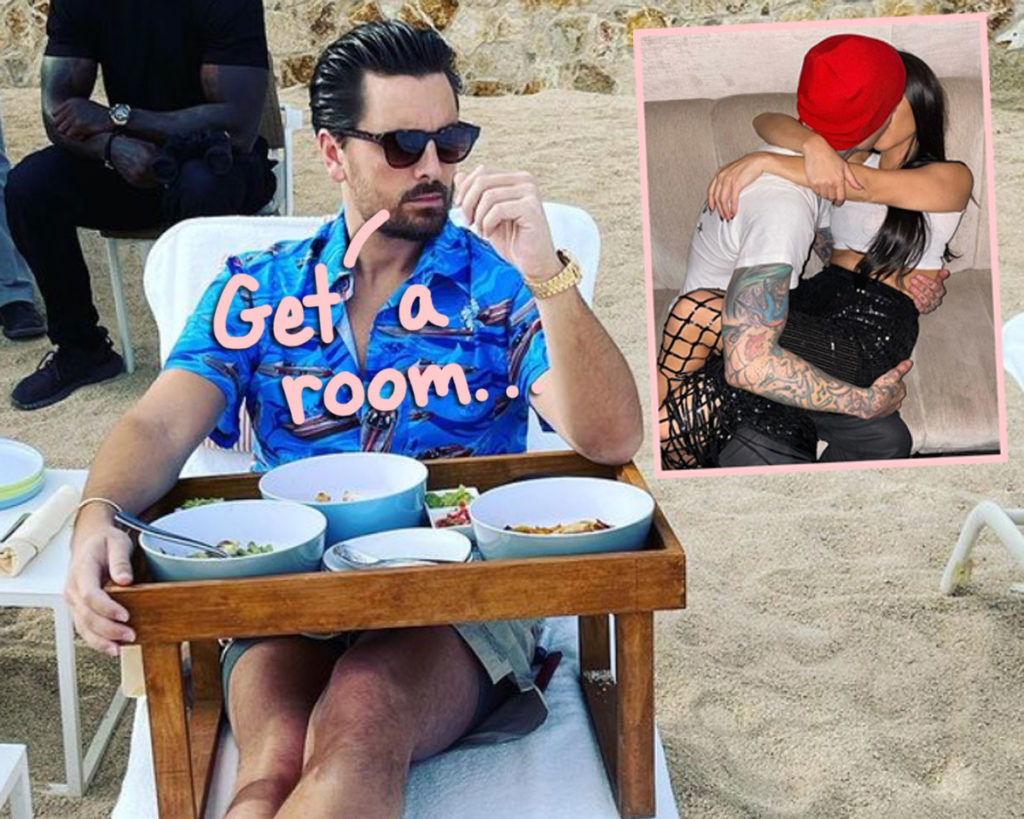