Hours after a Chinese airplane carrying 132 people crashed Monday into a mountainous area in the southern province of Guangxi, there was no word on the number of dead or injured.

The Boeing 737-800, operated by China Eastern Airlines, crashed with 123 passengers and nine crew members on board, according to the Civil Aviation Administration of China.

The crash sparked a large fire that was extinguished. State media reported late Monday that forecast rain and the mountainous terrain at the crash site might complicate search efforts. Only debris from the wreckage had been found, according to rescuers who spoke to state-run Xinhua News Agency.

Chinese President Xi Jinping called for an "all-out effort" in the rescue operations and for any potential safety hazards to be investigated.

Know what’s up before you finish your cup: Sign up for the Daily Briefing morning newsletter. 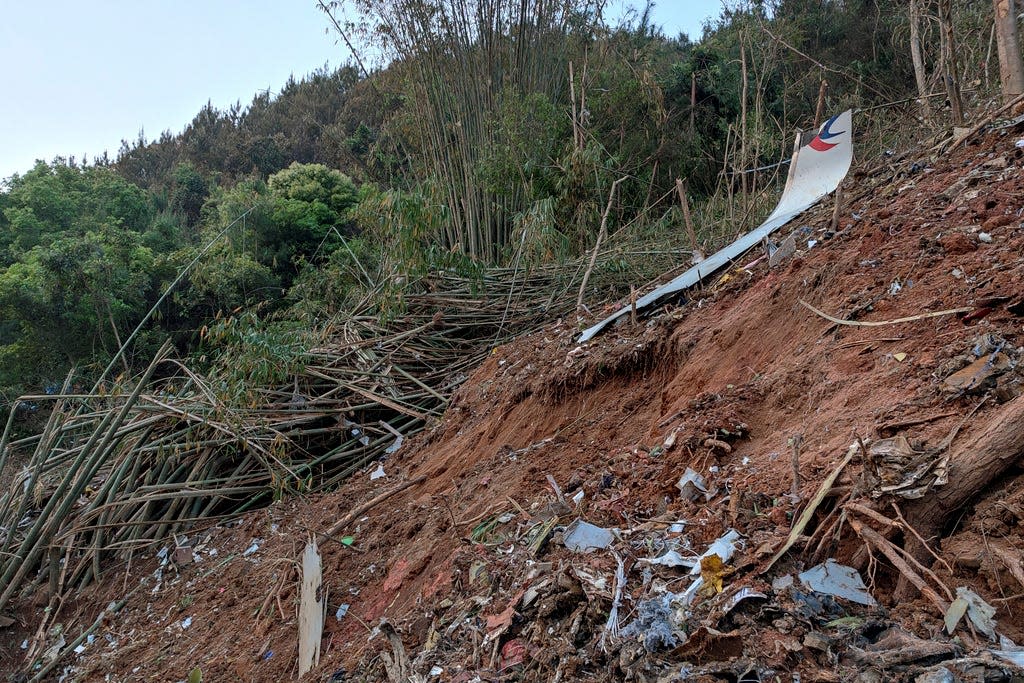 The crash occurred near the city of Wuzhou in Teng county. According to aviation officials, the plane was traveling from Kunming in the western province of Yunnan to Guangzhou in the coastal province of Guangdong. The flight took off at 1:11 p.m. local time and was scheduled to arrive at 3:05 p.m., but air traffic controllers lost track of the plane around 2:15 p.m., according to China Daily.

Data from the flight-tracking website Flightradar24.com shows the China Eastern Airlines flight traveling at about 30,000 feet before it suddenly dropped. The airplane was traveling at its cruising altitude speed of 523 mph, according to the data.

Hundreds of firefighters and rescue crews from nearby departments were dispatched to the scene, according to the state-run China Daily. Video shared by People's Daily, another state media source, showed smoke billowing from the side of a mountain.

LATEST UPDATES FROM UKRAINE: Russia tells US envoy that Russian-American relations are on the verge of rupture

'Everyone went to the mountains'

China Daily reported that a village official with the surname Zhou told the Chutian Metropolis Daily newspaper that the plane had "completely disintegrated" and that he did not see any remains.

The New York Times reported, citing the state-owned China News Service, that a resident from the village of Molang with the last name Liu rode to the crash site to help with rescue efforts but did not see any remains.

"Everyone went to the mountains," Tang Min, who operates a restaurant near the site, told the Agence France-Presse news agency.

Photos at the airport in Guangzhou, where the plane was to arrive, showed a section set aside for relatives of the people aboard the flight. China Daily reported the airline set up special working groups in its response to the crash, including one dedicated to family assistance. 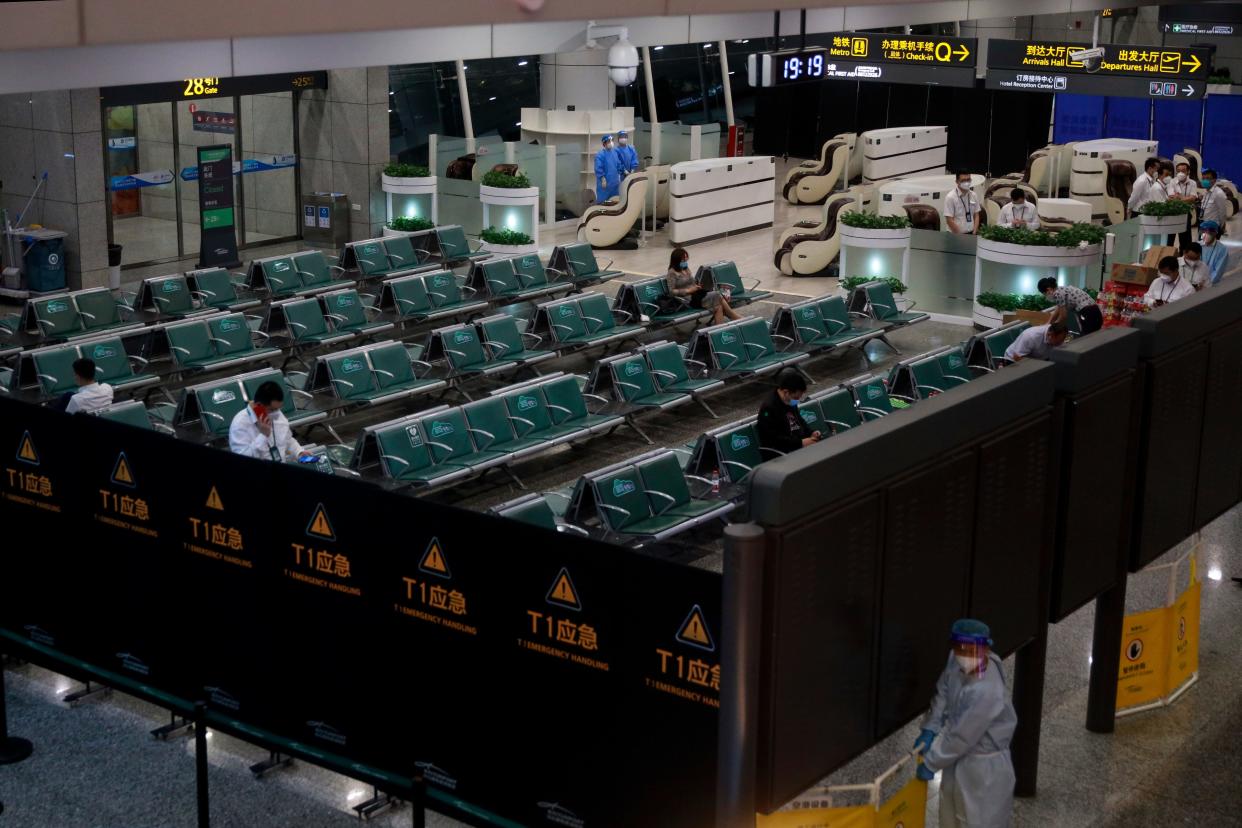 China Eastern, based in Shanghai, is one of the country's top airlines, serving 248 destinations domestically and internationally.

"The cause of the plane crash is still under investigation, and the company will actively cooperate with relevant investigations," the airline said in a statement Monday, according to The New York Times. "The company expresses its deep condolences to the passengers and crew members who died in the plane crash." 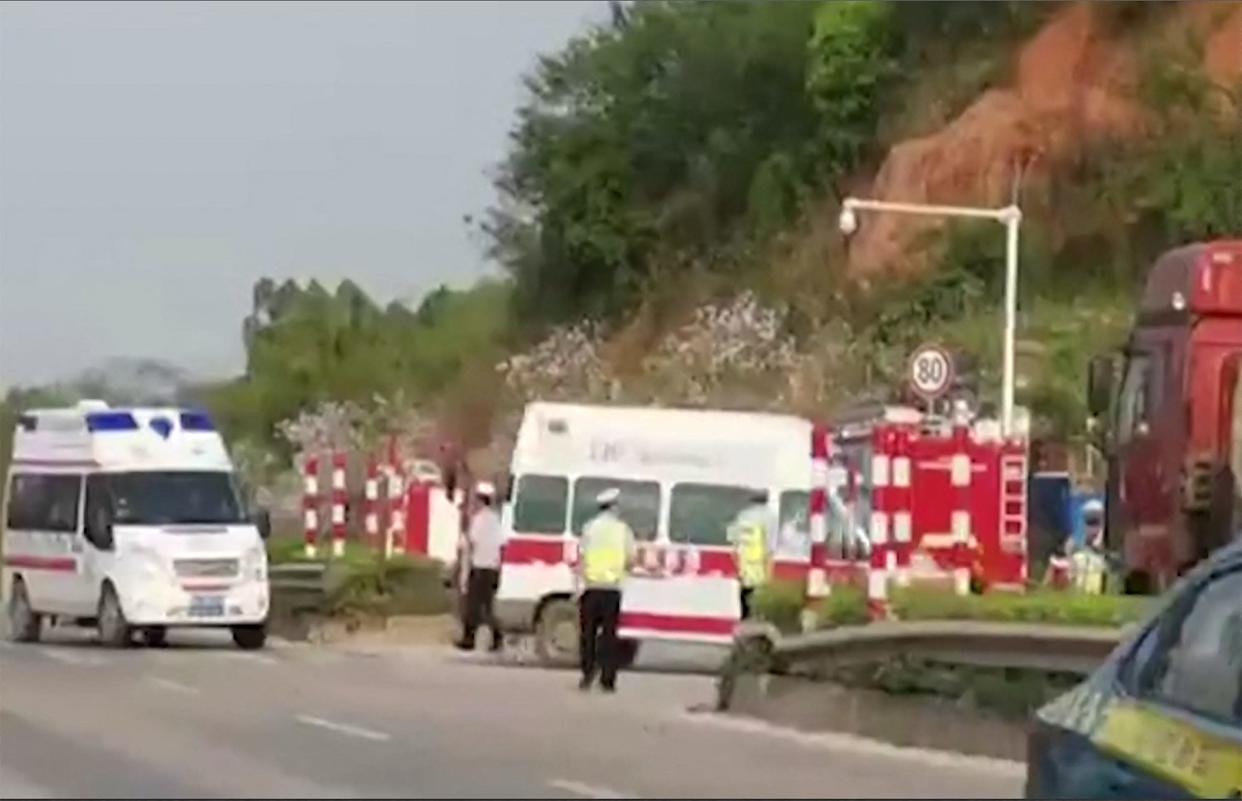 Boeing said in a statement it was aware of the reports of the crash and "working to gather more information."

State media reported that all of China Eastern's fleet of 737-800s were ordered grounded.

In January 2020, Iran's paramilitary Revolutionary Guard accidentally shot down a type of 737-800 flown by Ukraine International Airlines. All 176 people on board were killed.

The aircraft is different from the 737 Max model, which was grounded worldwide after two fatal crashes in recent years. China cleared that model of plane to return to service, pending modifications to the aircraft, the South China Morning Post reported. The 737 Max has not flown in China in three years.

China's most recent previous fatal civilian airline accident occurred in 2010 when a Henan Airlines flight crashed while landing in fog in Yichun in Heilongjiang province. Forty-four people were killed, and the pilot was sentenced to three years in prison.

In 2004, a China Eastern flight from Baotou in Inner Mongolia crashed into a lake shortly after takeoff, killing 55 people.

The U.S. Federal Aviation Administration said in a statement Monday it was aware of the reports of the crash. "The agency is ready to assist in investigation efforts if asked," the FAA said.