Selena Gomez is a guest on The Late Show With Stephen Colbert this evening, and the actress dressed sharply for the occasion. Gomez was photographed by paparazzi arriving at the show venue in a little black dress and matching cardigan and sandal heels. She wore her hair down and opted for a statement red lip. 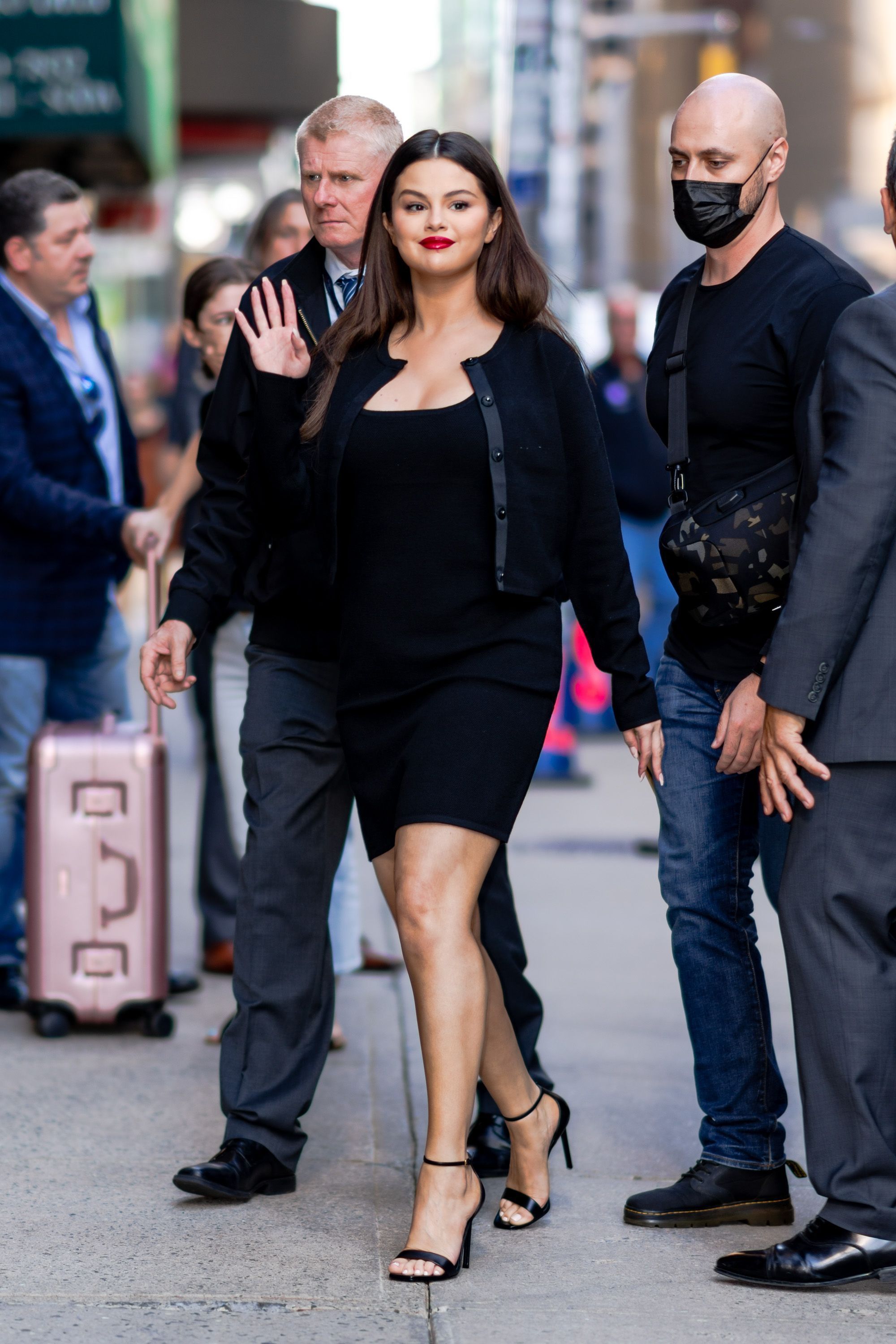 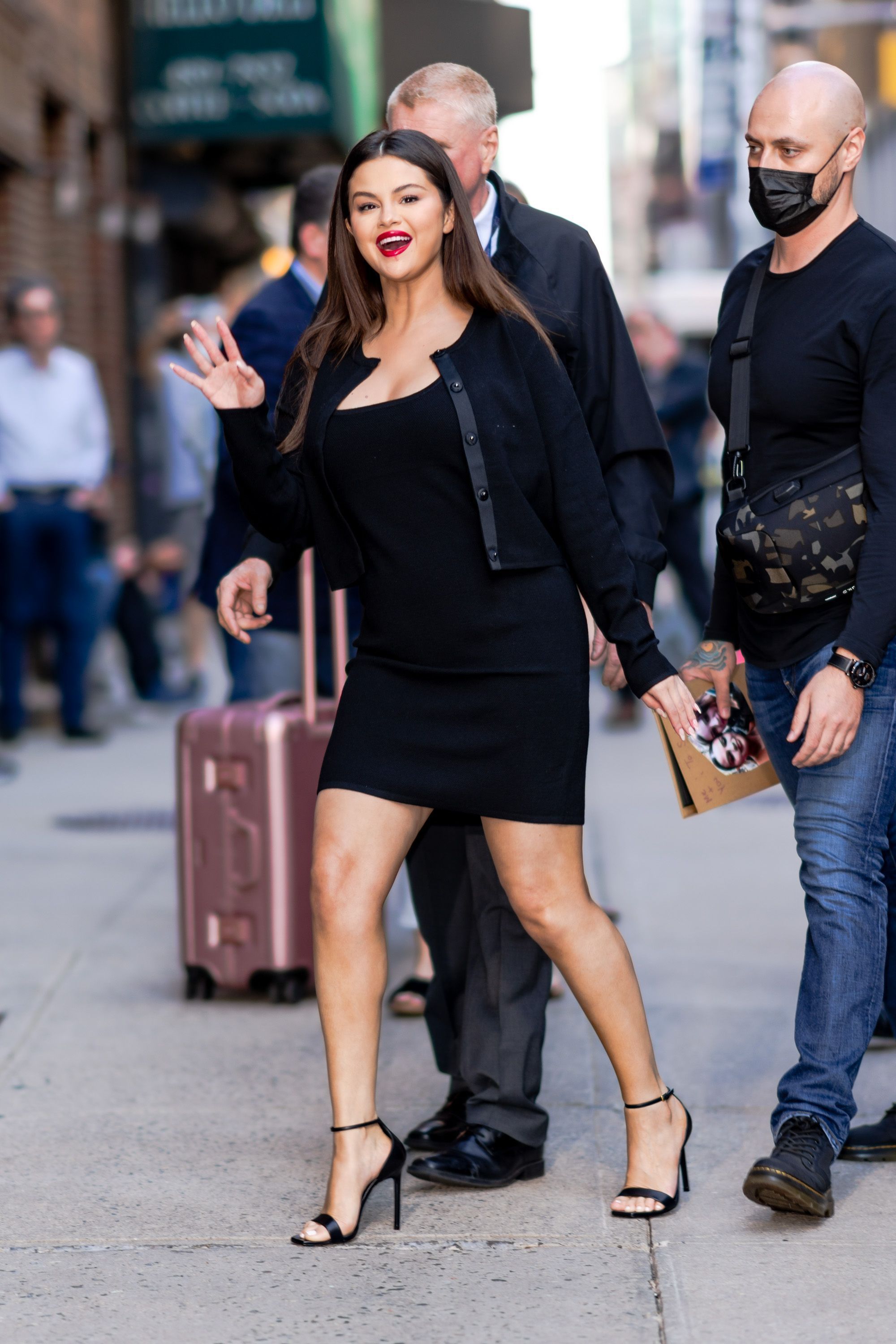 Gomez opened up to ELLE in its September issue about how her desire to help others motivated her to keep going during her struggles in the public eye. “My lupus, my kidney transplant, chemotherapy, having a mental illness, going through very public heartbreaks—these were all things that honestly should have taken me down,” she said. “Every time I went through something, I was like, ‘What else? What else am I going to have to deal with?’” She told herself that “‘You’re going to help people.’ That’s really what kept me going. There could have been a time when I wasn’t strong enough, and would have done something to hurt myself.”

That altruistic drive led Gomez create her Rare Impact Fund, which aims to raise $100 million over the next 10 years to improve access to mental health services, along with her Rare Beauty brand.

“Everything that I’m attached to has a charity aspect,” she said. “If something good isn’t coming out of it, I’m not going to do it. I don’t need money. I need people who want to fight with me.”

Last week, Gomez announced the launch of her Serendipity3 Selena Sundae at the NYC dessert spot. Proceeds from that also go to the Rare Impact Fund.

“This is the most important thing I am working on as it is personal,” Gomez told ELLE.com last week. “I’ve been very open with my mental health struggles and when I founded Rare Beauty I wanted to make a difference…It’s been very rewarding hearing people’s responses to our message with their own stories. It’s very inspiring and encouraging to me that we are making a difference.”