Chrishell Stause is opening up about building a family.

Over the past year a lot has changed for the 41-year-old — we reported last December how she and Selling Sunset co-star Jason Oppenheim parted ways just five months after they went public with their relationship, writing on her Instagram at the time:

“Jason was and is my best friend, and other than our ideas for a family ultimately not being aligned, the amount of respect and love we have for each other will not change going forward. Men have the luxury of time that women don’t and that’s just the way it goes.”

Then, another five months later in May of this year, she confirmed she was dating Australian singer G Flip, and just one week after that a fake article came out claiming the two adopted an “adult lesbian daughter from Facebook Marketplace.” She later joked about the story on her IG, but it seems adoption still lingers in her mind.

Over the weekend the Netflix star uploaded an adorable pic of her and her non-binary partner to her Instagram story, which she captioned: 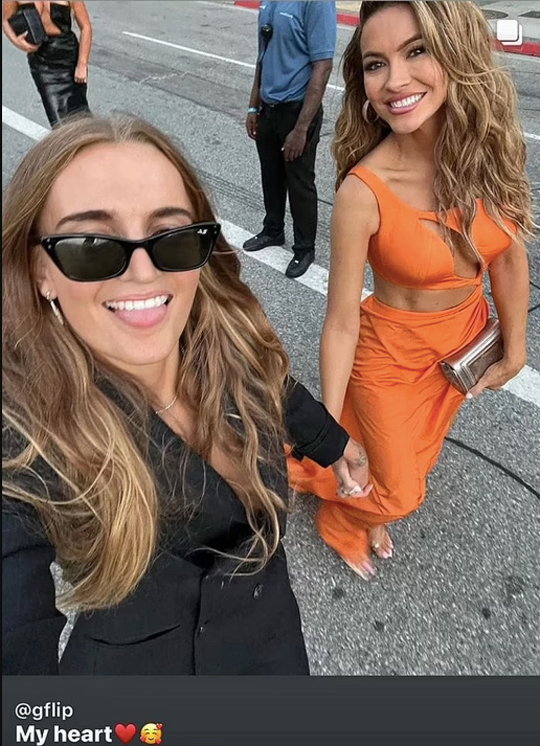 Not long after, she posted another story pic — but this time a screenshot from a message thread with a follower who responded to her couples’ photo, asking:

“You didn’t want to have children?”

That just did NOT sit right with the realtor as she wrote on the screenshot:

“Please stop asking me this. At least this one didn’t include hate I refuse to give a voice to by reposting. I plan on adopting. I understand being on Selling Sunset entitles people to questions & my life in a way. But I am tired of this question. Thank you for the love and support to others – I fell in love with a person. It’s not that scandalous. Love is a beautiful thing.”

See the full thing (below): 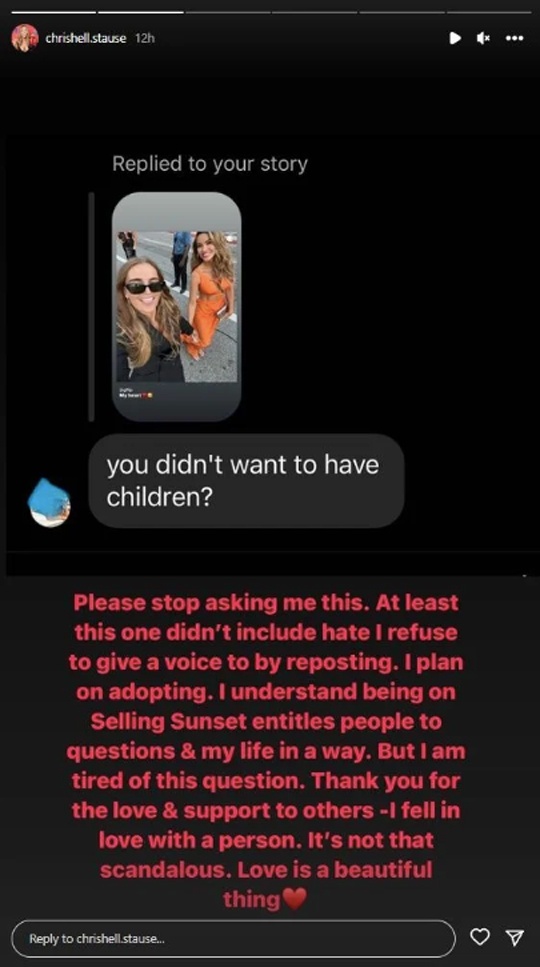 It’s so sad she had to preface the message by saying “at least this one didn’t include hate.” Come on, people! She seems SO happy with G Flip, so more power to her for still wanting to build that family she’s been talking about. She then followed up another screenshot of a follower writing:

“I don’t think it was hate. I think your fans are a little confused because you were so set on making your own family and now you’re like I’m living my best life leave me alone lol.”

“I was looking to make a family with someone that wanted one as well. And if someone doesn’t know if they will ever even want to have a child and is not open to adoption, then those are two things that don’t align for me.”

“Nothing but love for my last relationship. But now I am going back to posting about my day. If you don’t understand after this answer, then that’s ok. You don’t need to. Just know I am very happy and so is everyone involved.” 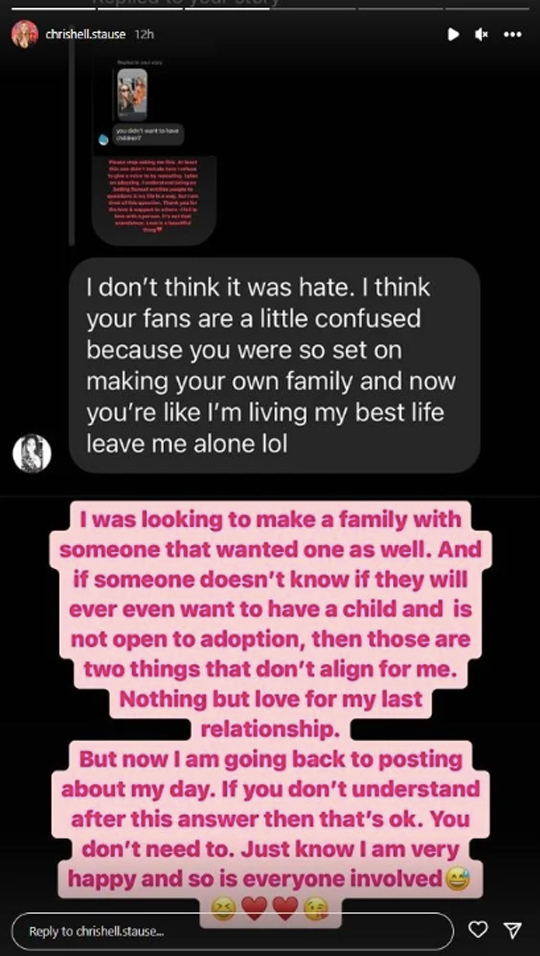 You tell ‘em! Chrishell has the right to define her life based on what SHE wants and envisions for herself, just like everybody else! We’re just happy she’s happy.

Reactions, Perezcious readers? Drop ‘em in the comments down below!