Stacey Solomon jokes that Joe is ‘pervier than ever’

Stacey Solomon took to Instagram last night to share an update with her 4.1 million followers after a busy day. The Loose Women star excitedly told fans that Joe Swash was home after a full day of filming, however her joy quickly turned to amusement when he made an appearance on her social media.

“He’s finally home, woo!” Stacey said, as she sat on the sofa with their one-year-old son Rex asleep in her arms.

Joe, who was sitting alongside her, added slowly, in a very deep voice: “Daddy’s home!”

“Ergh, no!” the mum-of-three remarked, as her husband to be repeated the phrase in a silly manner.

“Daddy’s home, stop him…” he continued.

“Joe-Joe is home and pervier than ever,” she amusingly captioned the footage. 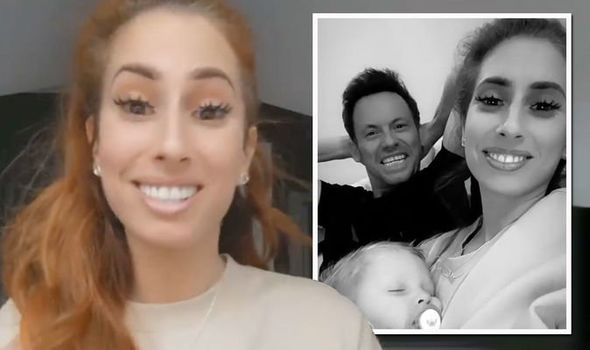 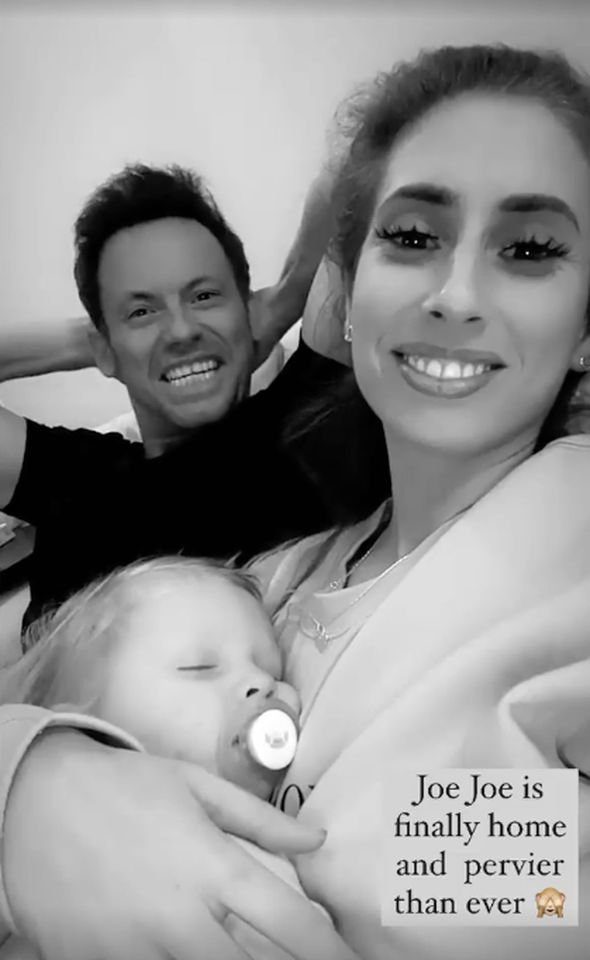 Earlier in the day, Stacey told fans that the ex EastEnders star had a full on work schedule this week.

“Joe’s filming all week this week, 7-7 and I’m off to sign some more books,” she told her followers.

The 31-year-old could then be seen getting to work writing her name on numerous copies of upcoming release Tap To Tidy.

“See you in about six years,” she joked, after casting her eyes on the huge pile awaiting her. 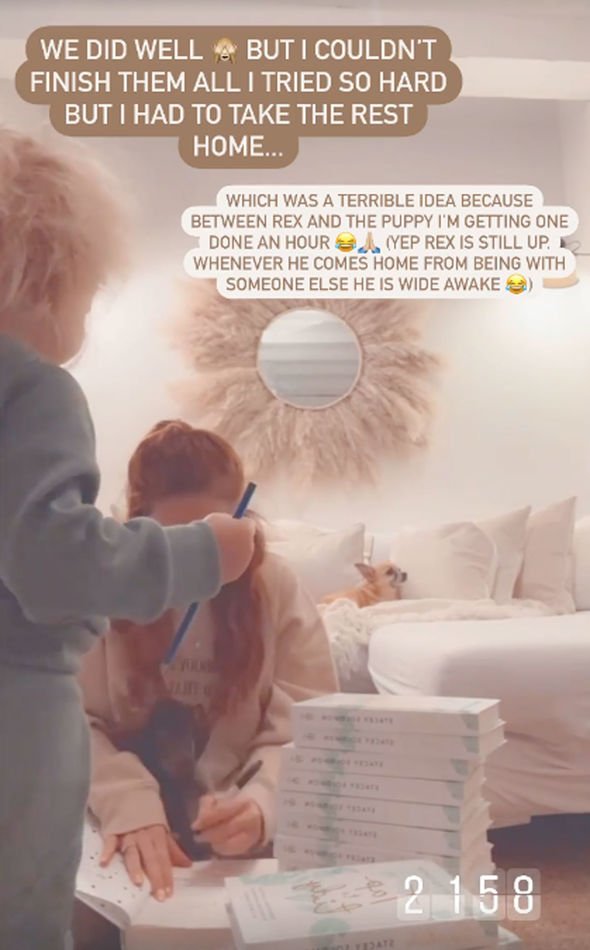 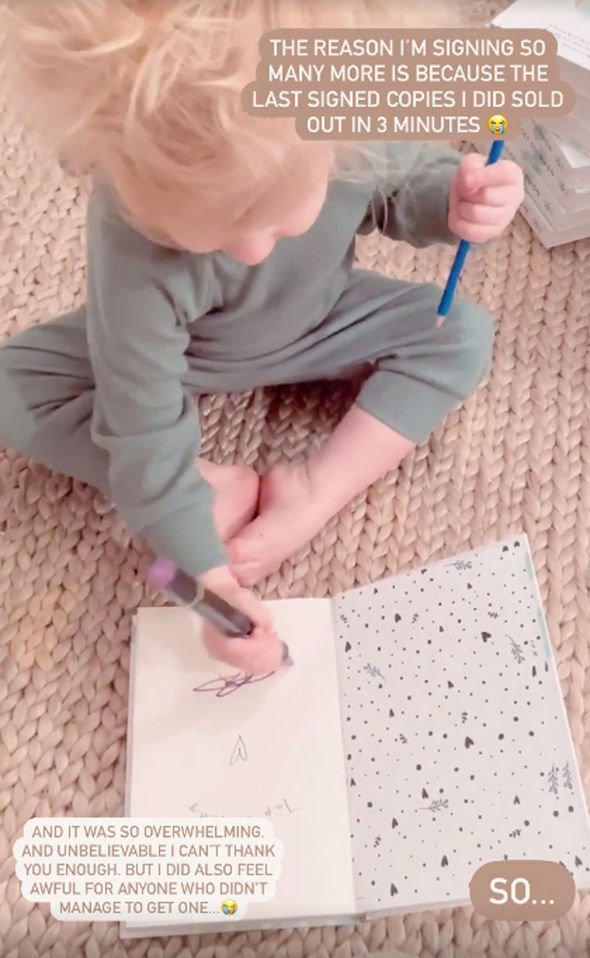 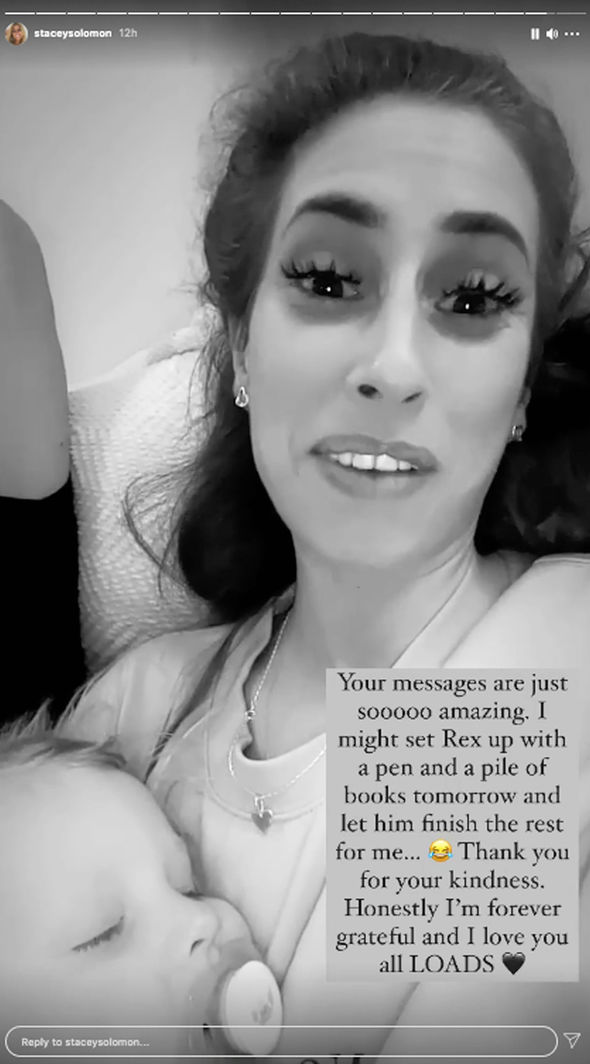 In a later update, Stacey revealed that she’d brought some of the books home to sign, however the feat was more difficult than expected with a toddler and puppy in the house.

“We did well but I couldn’t finish them all. I tried so hard but had to take some home…

“Which was a terrible idea because between Rex and the puppy I’m getting one done an hour.”

She went on to say that her youngest son and two dogs had eventually got involved.

“Rex, Theo and Peanut have signed a few. I couldn’t resist.

“Rex signed lots so I had to let the fur babies have a go,” she added, before reassuring fans that she would replace the book if the recipient didn’t want one “covered in paw prints and scribbles”.

In her update with Joe last night, Stacey thanked her online community for their continued support.

“Thanks for all of your lovely messages, they are so sweet.

“There are so many nice messages about Rex’s little scribbles,” she said as she moved away from her partner on the sofa.

“I might set Rex up with a pen and a pile of books tomorrow and let him finish the rest for me… [laughing emoji],” she wrote in the caption that accompanied the footage.

“Thank you for your kindness.

“Honestly I’m forever grateful and I love you all LOADS,” she signed off.