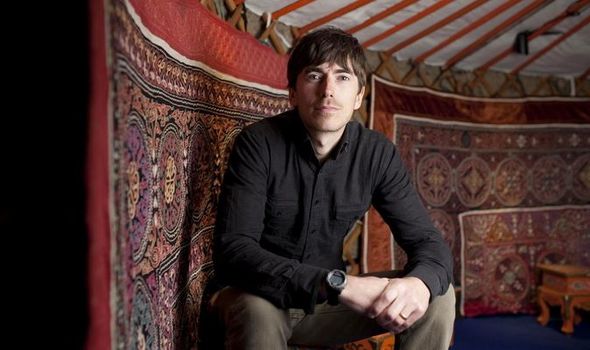 Simon, now 49, says he is not “proud” of his past life, but insisted having a knife was normal at the time and “is not as abnormal as we’d want it to be”.

Speaking on Desert Island Discs, he said while growing up in west London he had a difficult relationship with his father, who was a teacher at one of the toughest schools in the country.

And he described how his life in the early 1980s lacked “purpose and meaning” and led to his mental health spiralling out of control until he once contemplated jumping off a bridge.

The best-selling author said his mother was and is his “rock to this day”, who had saved his life “literally multiple times” from childhood meningitis to getting him the help he needed as a teenager.

He told host Lauren Laverne his father Alan, who died in 2001, taught at a school where “discipline was challenging and physicality was acceptable from teachers” – and that was “how he tried to parent”.

“I was struggling to find my way’ and we did not have the natural connection that I hope I will have with my lad when he reaches that same sort of early teens age.”

Describing his teenage years he said: “We were doing naughty stuff – I grew up on the edge of inner-city London, I don’t come from the leafy suburbs.

“It was not abnormal for the time, I think it is still not as abnormal as we would want it to be.

What is happening where you live? Find out by adding your postcode or visit InYourArea

“I am not proud of the things I did or saw or what the people I knew were up to. I knew what I was doing was wrong. I got away with lots and then my mental health just went. I lost my confidence, I lost my way and by the time it got to proper exams and schooling I was in a terrible state.”

He said: “I couldn’t face life, existence. I found myself on the edge of a bridge, but I stepped back in every possible sense.

“I was on the wrong side of the railings, I climbed back and I cannot fully explain why. I think partly it was fear of ending, more than going on, but it was not the most conscious of decisions.”

“It was only after months of lying lethargic in bed that he went to sign on the dole and a “warm and caring” benfits clerk who processed his claim gave the then- 17-year-old some advice which would change his life.

“She said just take things slowly, take things step by step and that got me out and started to help,” said Simon.

This led to a job in the post room of the Sunday Times which kickstarted his journalism career.

By 9/11 he was sought out as one of the few to have written about Osama Bin Laden and Al Qaeda.

But the documentary filmmaker, who has circumnavigated the globe three times, said his son is his greatest achievement.

Simon said: “No adventure, no encounter, no experience I have had anywhere – nothing comes close to the emotion and the joy and the purpose and meaning I’ve had from that little lad popping out and then attempting to raise him the best possible way.”