Matt James made it clear from the beginning of his season of The Bachelor that falling in love and finding a deeper connection with someone is super important to him. In Week 2 of The Bachelor, the women literally went to war for his heart, and plenty of drama unfolded in the process. However, the Jan. 11 episode ended before Matt made eliminations. So, on Jan. 18, Week 3’s episode kicked off with a rose ceremony, revealing to fans who goes home on Matt’s Bachelor Week 3.

For the most part, Week 2 was business as usual, as Bri Springs received the first one-on-one date of the season. She and Matt got down and dirty, riding ATVs through the nearby woods. Bri also proved that she’s as "laid-back" as she claims to be in her cast bio, as she and Matt took a spill into the mud, then laughed it off with a hot tub and champagne. They got closer as they bonded about being raised by single moms, before capping off the night with a romantic kiss under some fireworks. 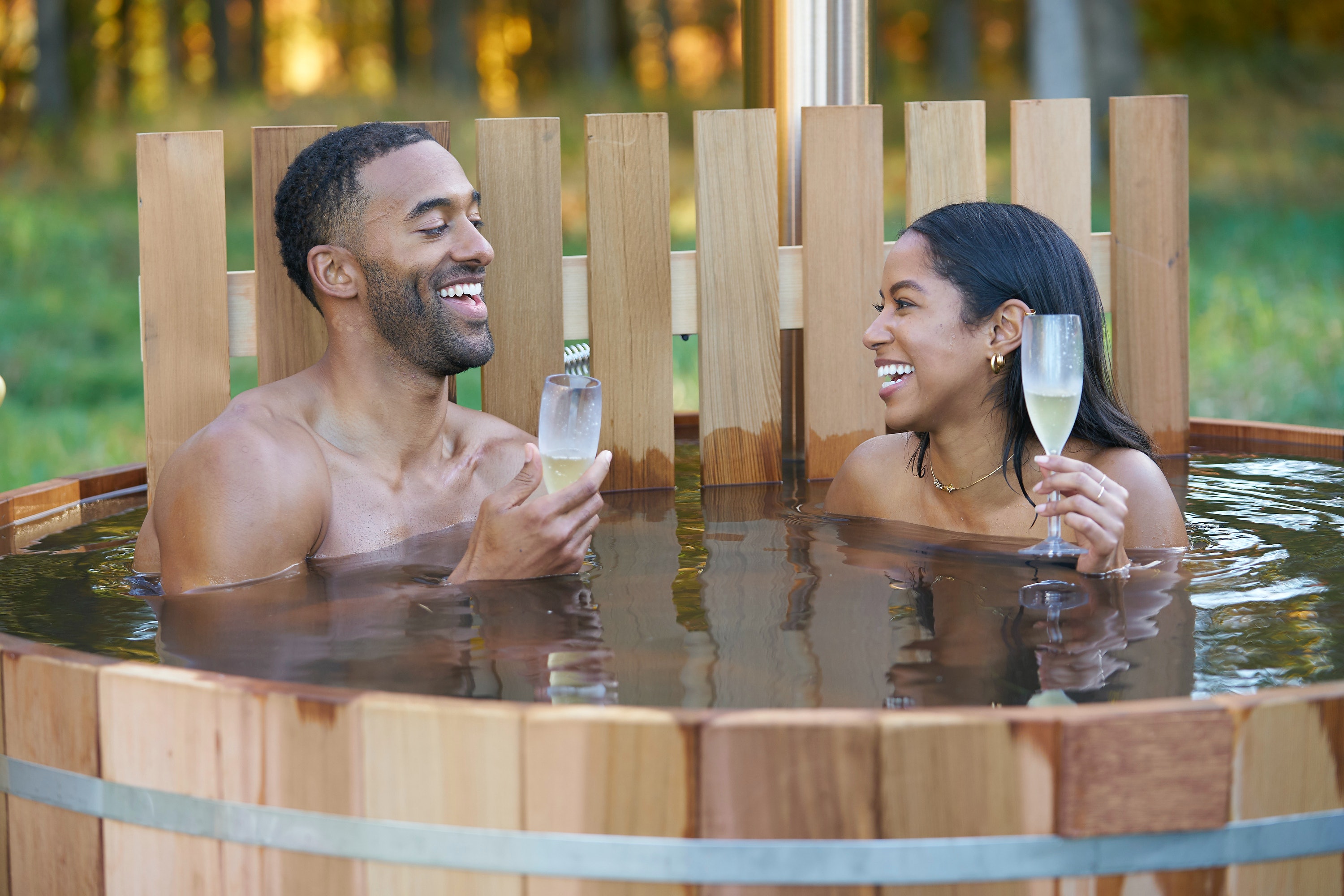 The Jan. 11 episode was also dominated by controversy surrounding Queen Victoria, who sought out extra time with Matt and reminding the other women that she was not there to make friends.

The conflict between her and the other women intensified when she was included on the season’s first group date, a wedding photo shoot with a twist. The contestants were then split into two teams, playing a special Bachelor-themed version of Capture the Flag obviously called "Capture the Heart." After a competition full of paint and dirt that looked more than a little like The Hunger Games, Mari took home the "Most Valuable Wife" award.

After enjoying a cocktail dinner with the winning team, the second one-on-one of Episode 2 went to Sarah. The budget has clearly improved since Clare and Tayshia’s Bachelorette season, since she and Matt enjoyed a high-flying plane date. She spent the rest of the date getting comfy with opening up to him, and finally got candid about caring for her father, who has ALS.

However, drama peaked at the episode’s cocktail hour, when Victoria told Matt that her roommate Marylynn was bullying her. Marylynn was subsequently sent home at the night’s rose ceremony, along with Alana. In the meantime, Victoria became convinced that another woman needed to go home: Sarah.

It’s unclear how long Queen Victoria will reign during Matt’s journey to find love, but as Bachelor Nation knows, the stakes are only bound to get higher.