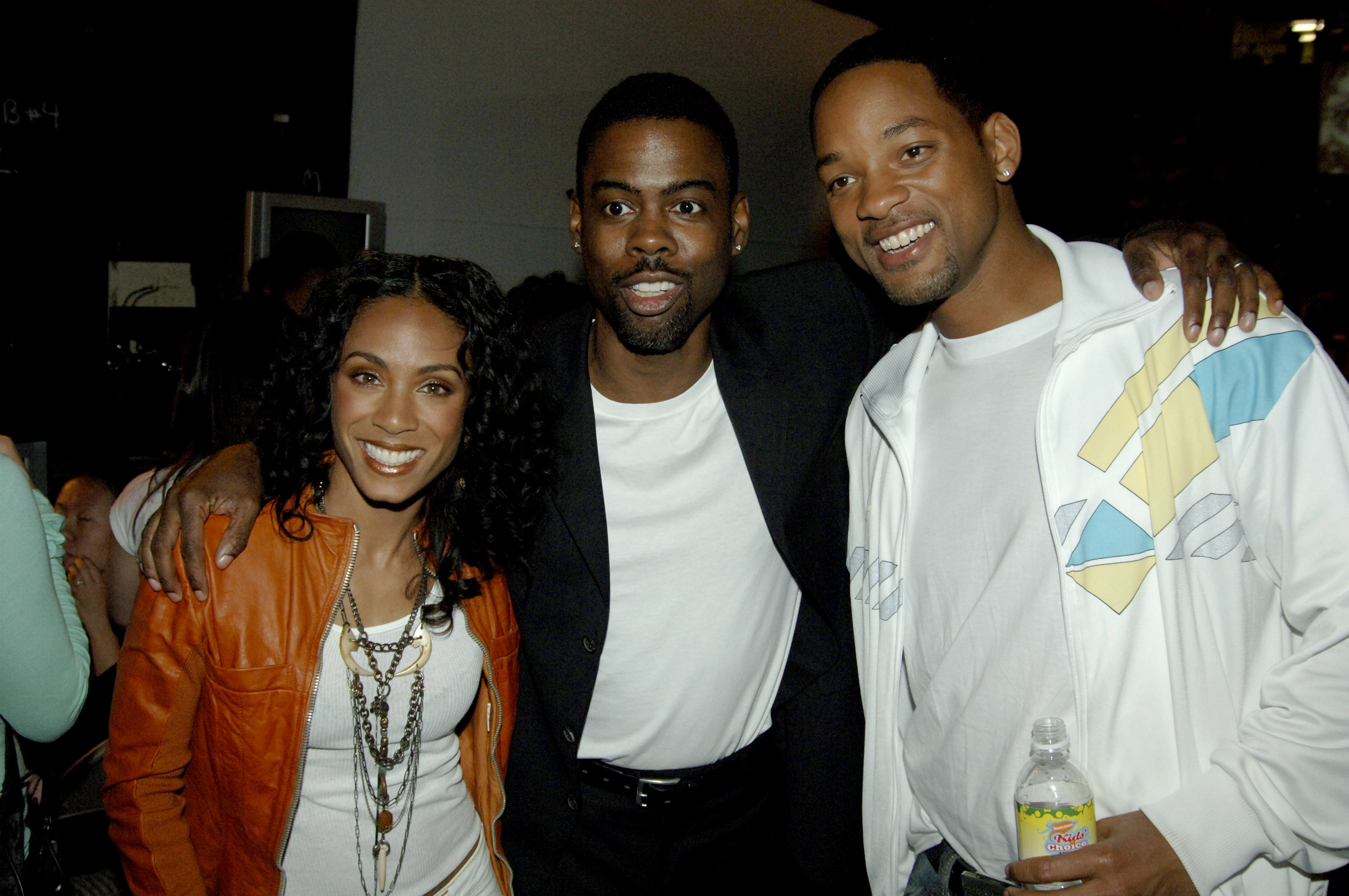 Will Smith left the entertainment world reeling when he hit Chris Rock while the comedian was presenting an award at the Oscars.

The shocking moment, branded ‘the ugliest moment in Oscars history’, was captured on live TV as Chris ribbed the audience while preparing to present the award for best documentary.

On stage, Chris made a joke about Will’s wife Jada Pinkett-Smith, who attended the awards with a shaved head, with the Everybody Hates Chris star referring to her as ‘G.I Jane’.

King Richard actor Will, who first appeared to laugh at the joke, then walked up to Chris and slapped the comedian before telling him: ‘Keep my wife’s name out of your f**king mouth’.

Celebrities and the public reacted with shock and disgust at Will’s attack on Chris, with many wondering how the joke had provoked such a reaction from the actor.

Firstly, Jada suffers from autoimmune disorder alopecia, which attacks hair follicles resulting in bald spots and has led to the actress shaving her head.

The Gotham actress previously revealed she had the disorder in 2018, and recently opened up about ‘struggling’ with hiding her bald spots.

Jada could be seen looking distinctly unimpressed and rolling her eyes when Chris made a joke about her looking like the fictional GI Jane, who famously sported a buzz cut, and Will took to the stage seconds later.

Plus, this isn’t the first time Chris has used an international stage to poke fun at Jada.

In 2016, she took part in the Oscars boycott Oscars So White, a protest movement pointing out the lack of diversity in its winners and nominees.

Chris, who hosted the awards that year, joked in his monologue that Jada couldn’t boycott something she wasn’t invited to.

‘Jada boycotting the Oscars is like me boycotting Rihanna’s panties,’ the comedian said at the time. ‘I wasn’t invited.’

In a season six episode of Fresh Prince, Will and Chris’s characters go on a bizarre date, with the actors enjoying good chemistry and plenty of laughs.

And while Chris and Jada never technically shared a screen in Madagascar, instead providing the characters’ voices, the pair appeared friendly on the press tour for the films and its subsequent sequels.

Since the shocking moment at Sunday’s ceremony, Will’s attack on Chris has threatened to steal the limelight somewhat from the winners of the prestigious awards.

The Academy has since issued a statement saying it ‘does not condone violence of any form’.

Meanwhile, the Los Angeles Police Department have said a report has not been filed regarding the incident.

Minutes after he hit the comedian, Will was announced as the best actor winner for his role in King Richard, and accepted the award while weeping openly.

In his speech, Will apologised to the Academy and his fellow nominees, before saying: ‘Love will make you do crazy things’.

‘Richard Williams was a fierce defender of his family,’ he added.