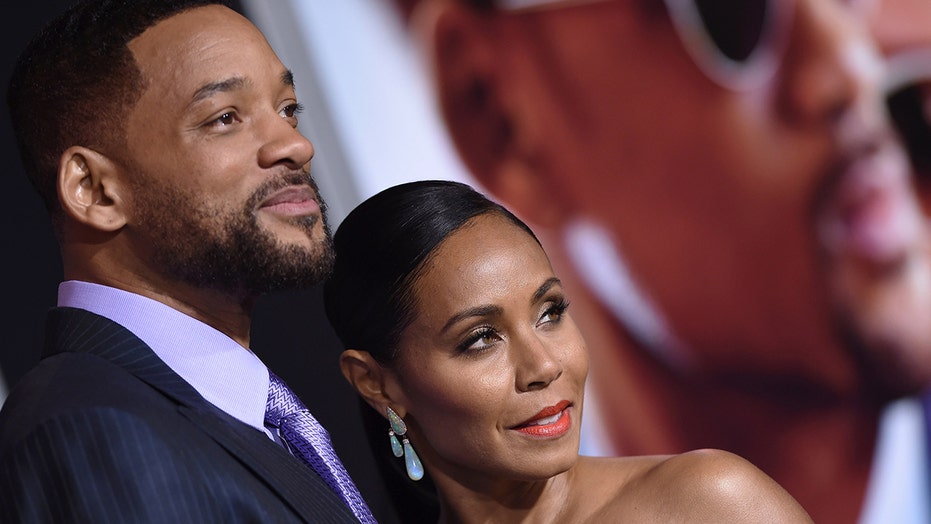 Will Smith’s family members and friends are trying to be there for the actor in the wake of his slap of Chris Rock at the 94th Academy Awards.

While the “King Richard” star has been the talk of Hollywood and beyond since the viral Oscars moment went down on live television, he’s receiving some support from friends, a report claims.

Despite their “embarrassment” over the situation, friends of Smith’s have been “privately texting him and trying to be there for him,” a source revealed to Entertainment Tonight.

The insider went on to say that Smith’s slap of Rock showed “there is a lot of anger in Will.”

“His incident at the Oscars is just one that it came out,” the source continued.

The insider added that those close to him think “he needs to take a break from acting, go to therapy, and sort out his issues.” 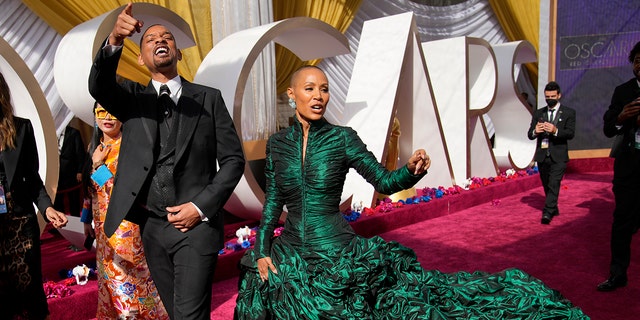 Will Smith, left, and Jada Pinkett Smith arrive at the Oscars on Sunday, March 27, 2022, at the Dolby Theatre in Los Angeles.
(AP Photo/John Locher)

Smith resigned from the Academy of Motion Pictures Arts and Sciences after a disciplinary process began last week.

A second source said that amid the chaos Smith has been supported by his family, who is “working through it all.”

“They are a strong family unit, and they support Will 100%,” said the insider.

Over the weekend, Smith’s daughter Willow took to Twitter with a cryptic message.

“The meaning of life is found in a challenge,” tweeted the 21-year-old “Red Table Talk” co-host.

“Life is a series of reactions,” she wrote in a separate tweet. 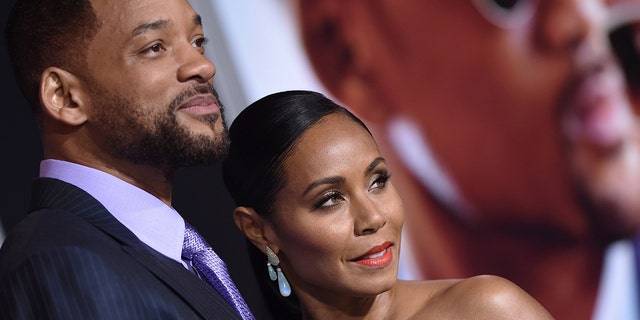 In a statement released on Friday afternoon, the 53-year-old said he will “fully accept any and all consequences for my conduct. My actions at the 94th Academy Awards presentation were shocking, painful and inexcusable.”

“We will continue to move forward with our disciplinary proceedings against Mr. Smith for violations of the Academy’s Standards of Conduct, in advance of our next scheduled board meeting on April 18,” he confirmed.

The resignation came two days after the academy’s leadership board met to initiate disciplinary proceedings against Smith for violations against the group’s standards of conduct. Those disciplinary proceedings could have resulted in suspension or expulsion, had he not resigned. It was not immediately clear what additional punishment he could face.

If he had been expelled, Smith would have joined a small group of men removed from the academy: Harvey Weinstein, Roman Polanski, Bill Cosby and the actor Carmine Caridi, who was kicked out for sharing awards screeners.

On March 27, Smith strode from his front-row Dolby Theatre seat onto the stage and smacked Rock, 57, who had made a joke at the expense of Smith’s wife, Jada Pinkett Smith. Moments later, he went on to win the best actor award for his role in “King Richard.”

Rock, who was about to present Oscar for best documentary, declined to file charges when asked by police. He has only briefly addressed the attack publicly, saying at one comedy concert in Boston last week that he was still “kind of processing what happened.” 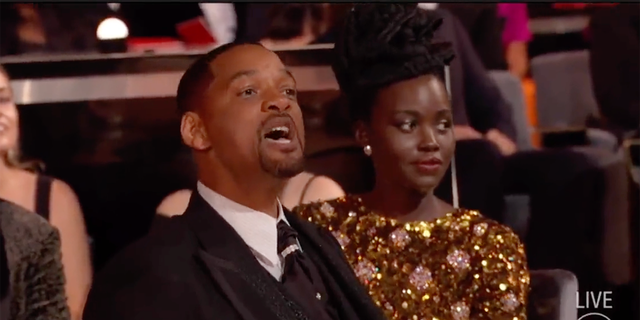 Will Smith yells at Chris Rock from his seat at the Oscar’s after physically assaulting him on stage on Sunday, March 27, 2022.
(Screenshot/ABC)

Smith stunned Rock, the theater crowd and viewers at home when he took the stage after Rock joked: “Jada, I love you. ‘G.I. Jane 2,’ can’t wait to see it.”

Pinkett Smith, 50, who has spoken publicly about her hair loss condition, alopecia, had a closely shaved head similar to that of Demi Moore in the original movie.

After Smith’s attack, he returned to his seat and angrily twice shouted at Rock to “get my wife’s name out your f—ing mouth.” When Smith took the stage again less than an hour later to accept his Oscar, he tearfully apologized to the Academy but notably omitted any mention of Rock.

The fallout was immediate and intense. Smith had supporters for coming to his wife’s defense, but he was widely condemned for responding with violence and for marring both his long-sought Oscar victory and overshadowing the night’s other winners.

Fox News’ Stephanie Nolasco and The Associated Press contributed to this report.