A COUPLE who bought their house without viewing it first due to the pandemic got a shock when they discovered a hidden room in their new home.

Sissy Hankshaw, one half of the pair, took to TikTok to show the secret attic space concealed from the rest of the house by a white wood panel. 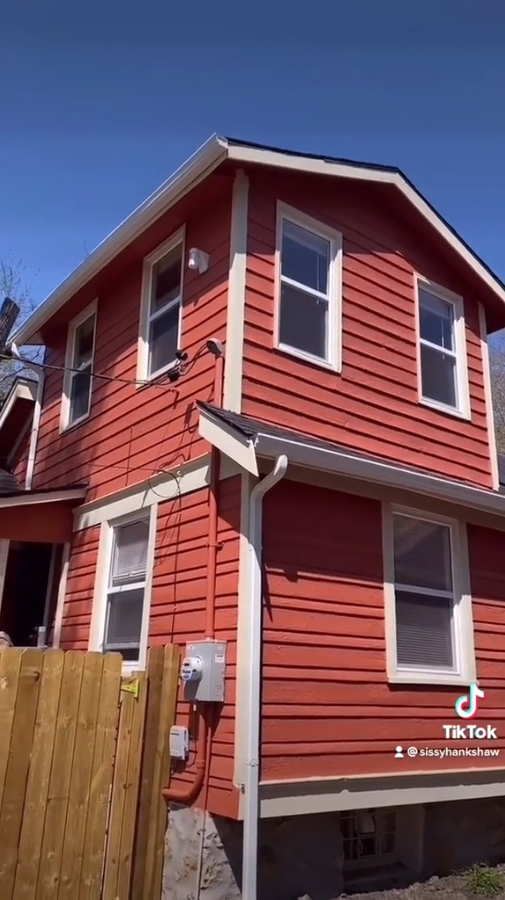 In a bizarre twist, the previous owners had finished the wooden floor in the room, which was covered with cloud-like insulation.

The TikToker, who uses the handle sissyhankshaw, said: "So because of the pandemic, we bought this house on the internet without ever seeing it before.

"When we finally saw it in person after two months of looking at it online, we realised that it had something really weird about it that we had not noticed from the 18 pictures we had stared at for, like, the past couple of months."

She then displayed the outside of the house in the video, showing the red-painted wood-clad exterior. 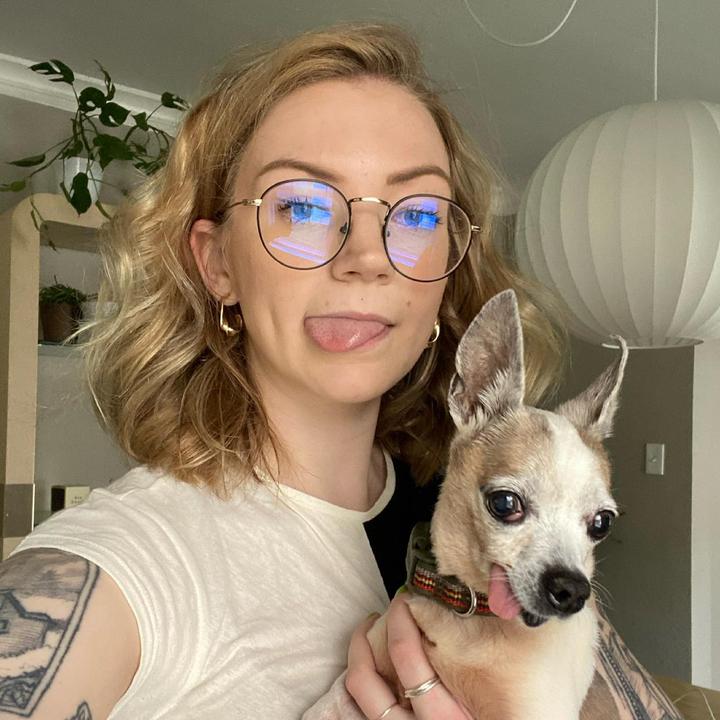 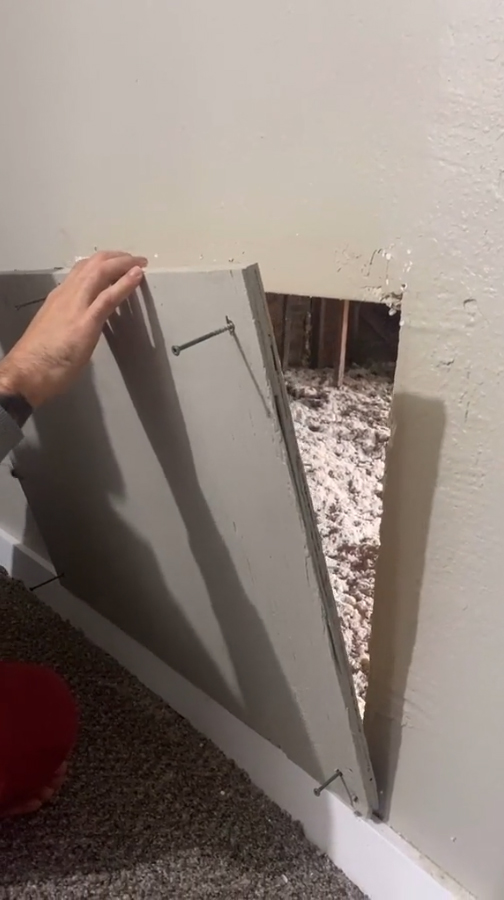 She pointed out a part of the attic that is visible from the outside but had no access from inside the house.

She then offered viewers a tour around the house showing that there were no access points to the mysterious space.

But she rounded off with the ominous note "except this" and showed a panel screwed to the wall at the back of her walk-in-wardrobe. 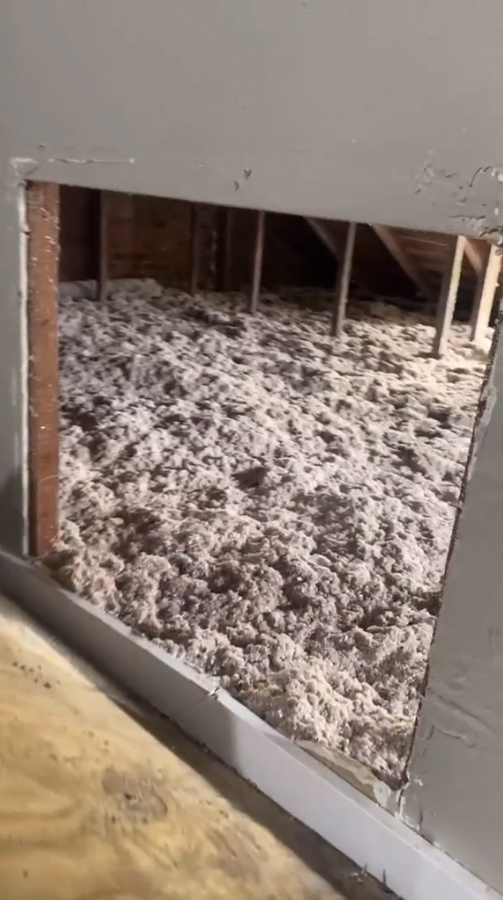 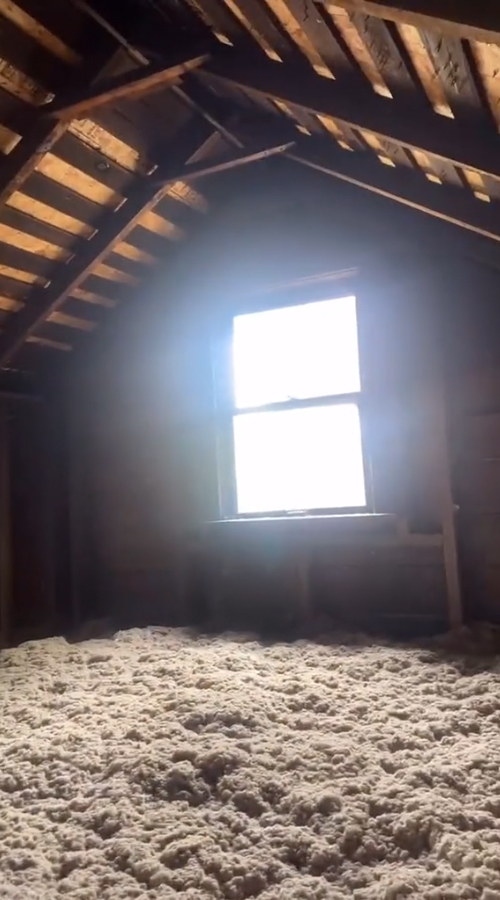 In a second video, Sissy and her partner unscrewed the board to reveal the hidden room.

She said: "I just find it so interesting that there’s no access to this anywhere in the house. This wall that we entered through was new.

"There’s finished floors up here and I just think it’s so interesting they’d spend the money to finish the floors but not actually finish this room. 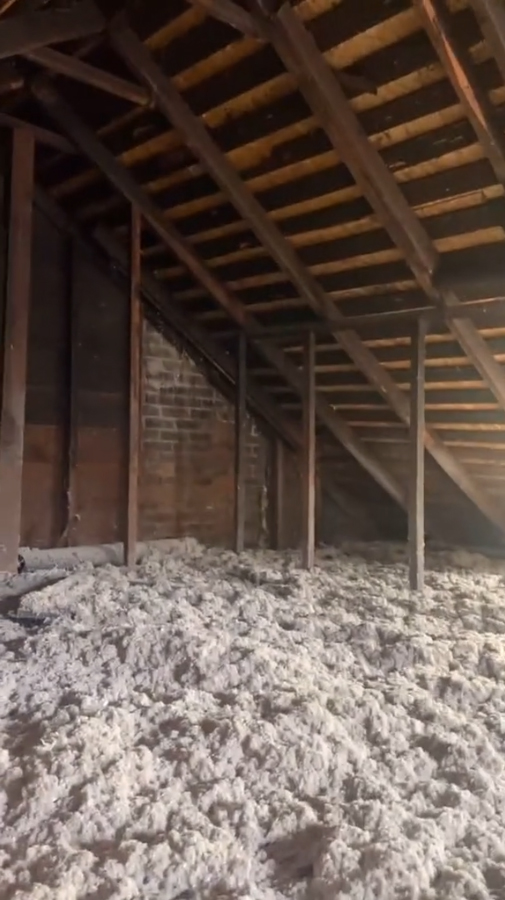 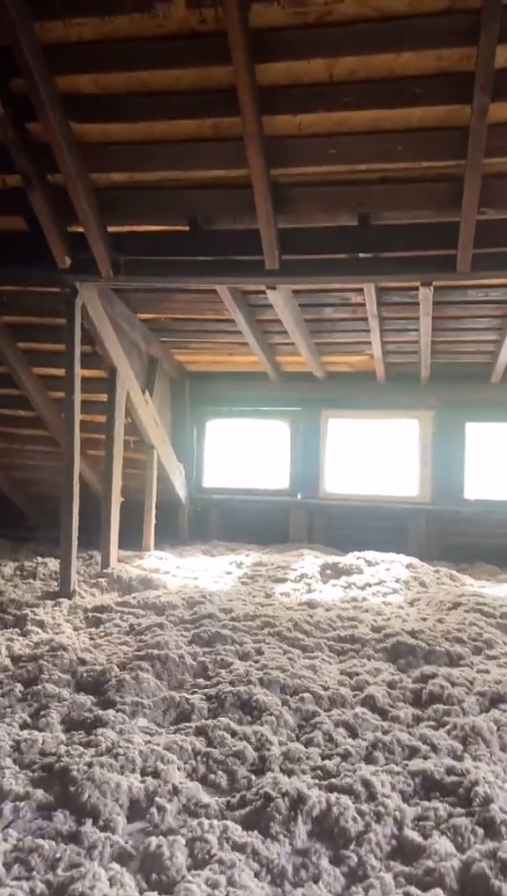 "While it does have new wiring in it, we also have a new roof, so someone’s been up here recently."

The first video has been viewed a huge 15.8 million times with the follow up racking up another 3.7 million views.

How about this ‘haunted’ Louisiana mansion which was being given away for FREE to anybody brave enough to live in it?

Meanwhile this woman revealed a creepy CRAWL SPACE above her stairwell in a rented home – leaving TikTok users horrified.

Plus this teen shared terrifying footage of a ghostly face peering out of ‘haunted house’ window – but it wasn't all that it seemed.