NO matter how many times you view your new home before moving in, there are always going to be a few surprises after you've picked up the keys – it's just part of the deal.

But while most people discover an interesting quirk about their light switches or a particularly creaky floorboard, new homeowners Charlie King and Anna MacSwan have blown the rest of us totally out of the water. 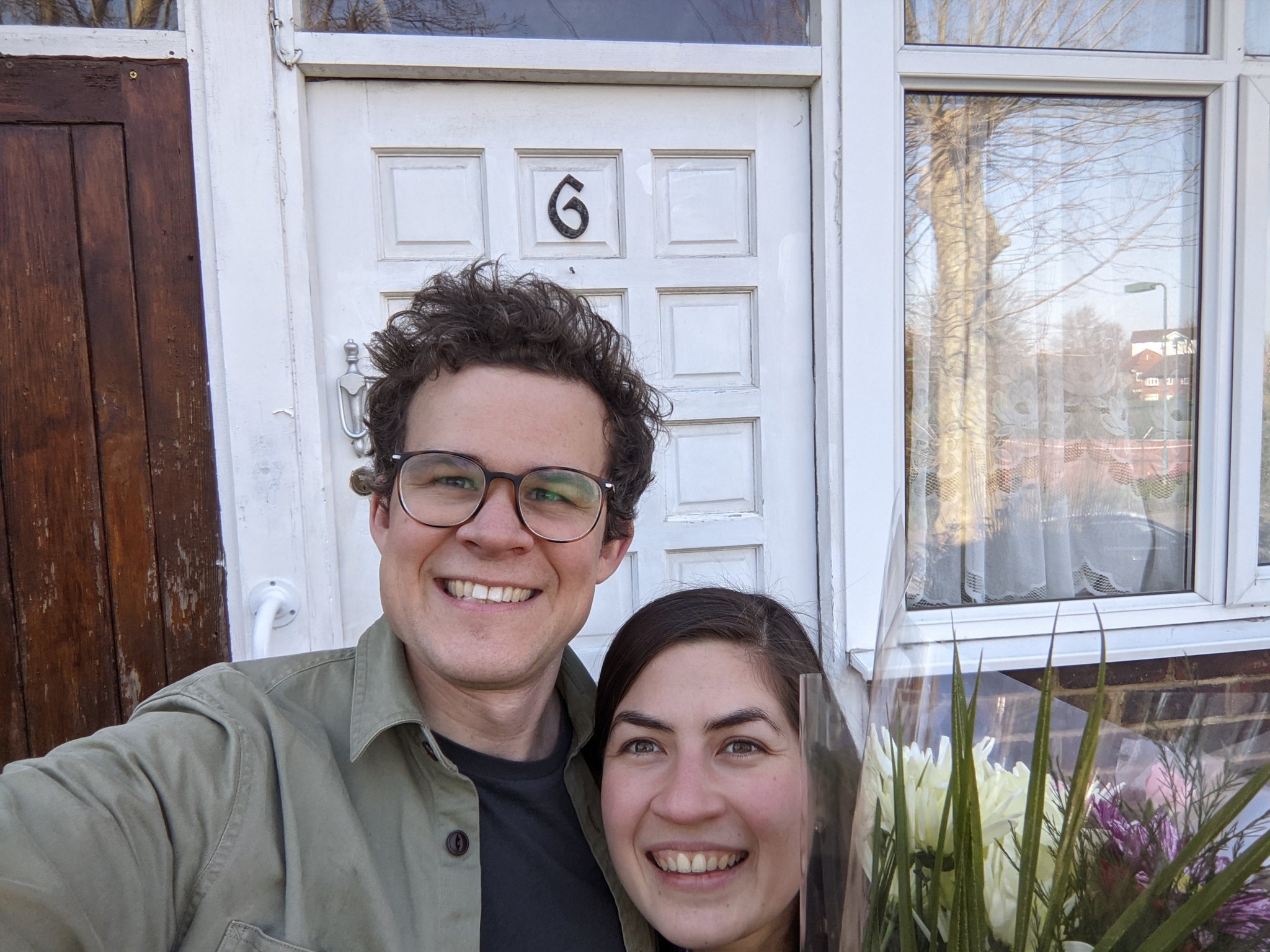 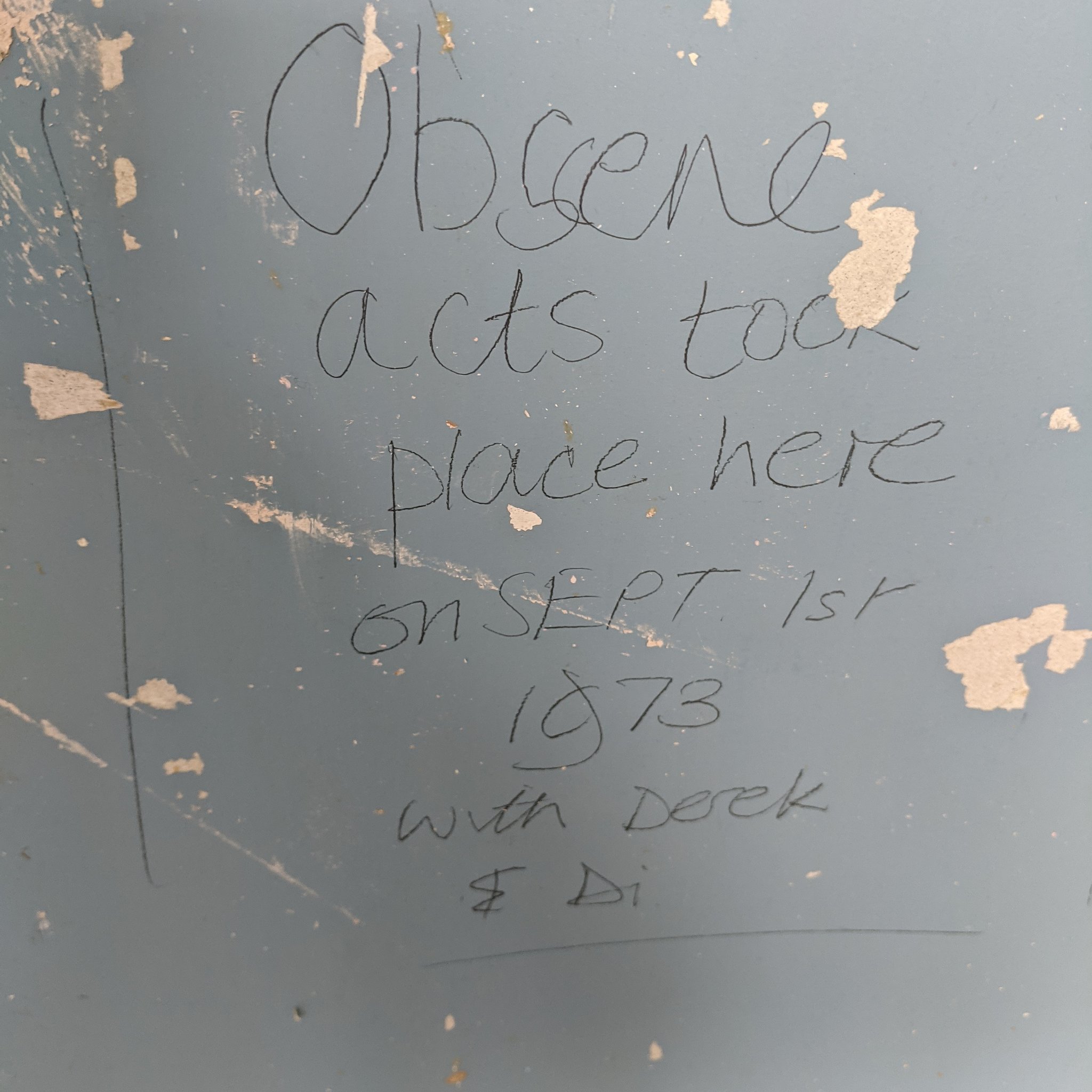 After stripping the wallpaper in their home in Sydenham, South East London, the couple discovered some hilariously rude messages which had been left by previous owners almost 50 years ago.

Along with a drawing of a VERY well endowed man, the couple called "Derek and Di" boasted about the "obscene acts" that had taken placed in the house on 1 September 1973.

Elsewhere on the wall, Di had boasted that Derek has a "huge p****" before declaring how much she loves him in another separate message.

Earlier this year, Charlie, 32, who works as a communications advisor, tweeted a photo of the scrawls in the hopes that he'd be able to track down the couple.

He told The Mirror at the time: "We're going to find them. I would love to have them round but they would have to behave themselves.

"I reckon we can track them down. We can even get Di to draw more pictures."

What's more, Charlie and Anna also discovered that someone else had added to the cartoon of Derek 11 years after it was drawn.

Adding their own twist to the cartoon, another owner had joked: "Pete's penis is much bigger – 1984."

You often find people writing their names or dates. Sometimes contractors draw little pictures of each other.

He added: "You often find people writing their names or dates. Sometimes contractors draw little pictures of each other.

"The picture of Derek seemed very 1970s, with this great big Edwardian moustache."

Although they are doing extensive work on the house, Charlie and Anna joked that it's like "having a Banksy" at home and are wondering whether they can preserve the message when they replaster the walls in coming weeks. 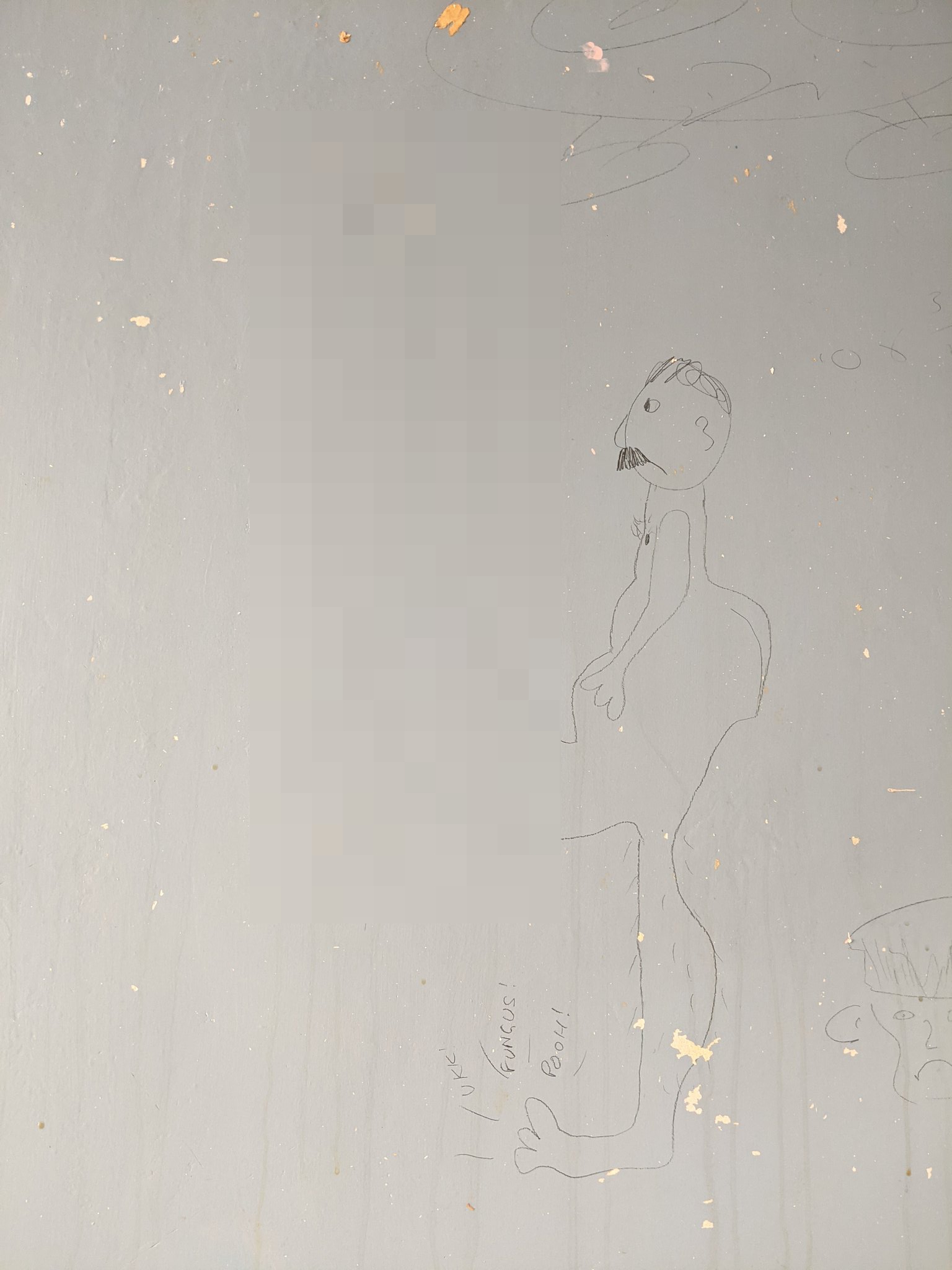 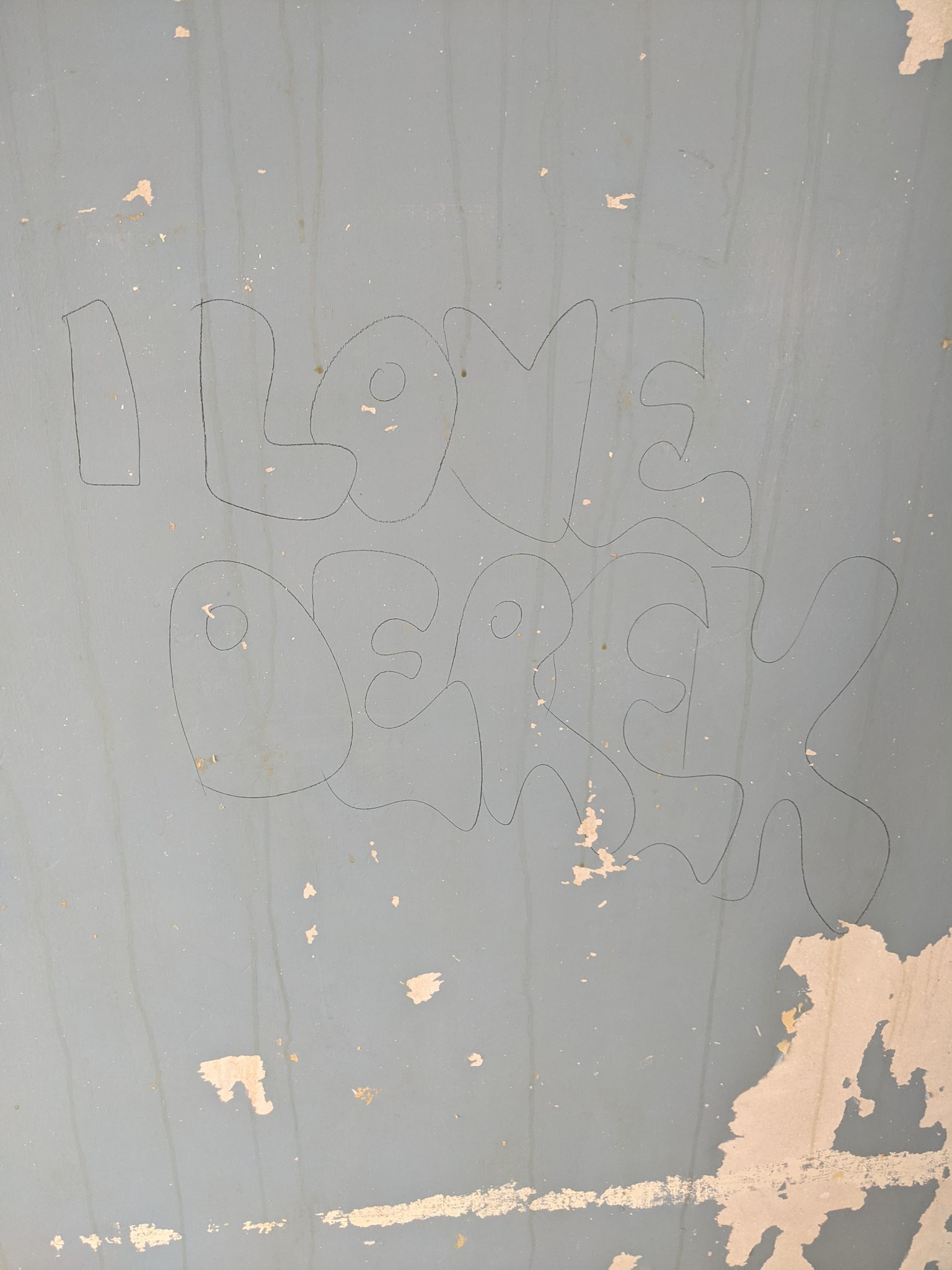 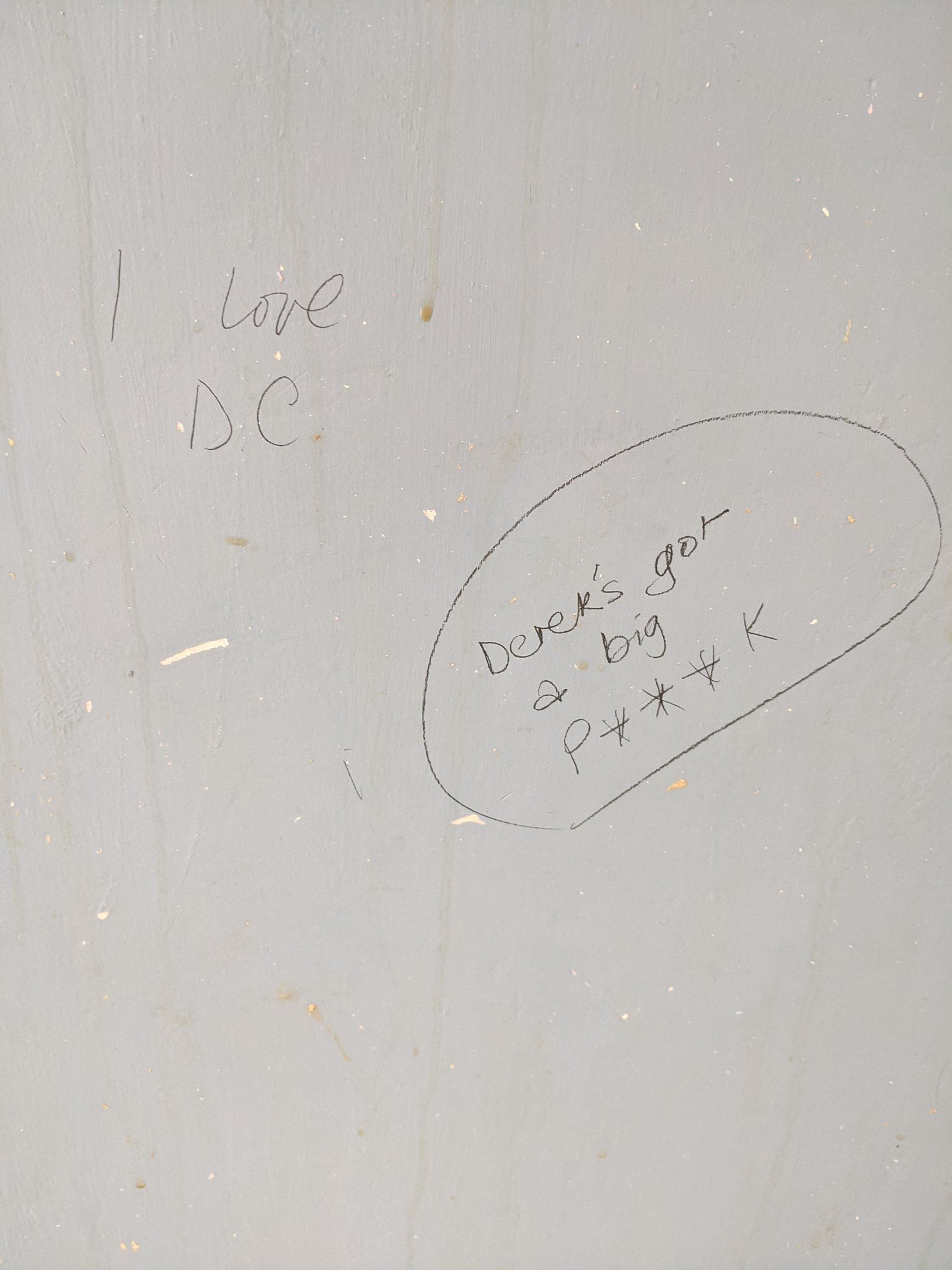 For more viral stories, this 'arrogant’ woman was blasted for bragging about working out daily & running business while others binge Netflix & fast food.

And this mum-of-11 showed the reality of taking huge brood on holiday- including 15-seat van & spending $54 on ONE McDonald’s lunch.

Plus this woman won a £290k luxury apartment in a £2 raffle – but is going to keep living with her parents and rent it out to make £1.2k.