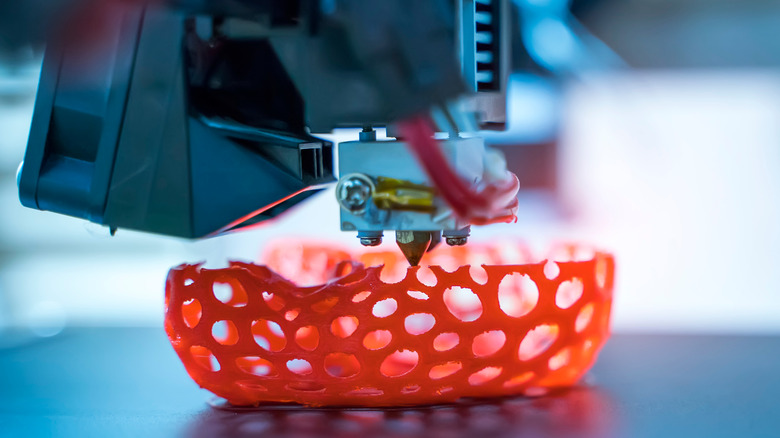 When you think about the future, what do you see? For many, things like flying cars, teleportation portals, and 3D-printed food à la “Cloudy With A Chance of Meatballs” may come to mind.

While technology isn’t advanced enough to fulfill all of our futuristic dreams, some of the gadgets we have available now seemed unthinkable decades ago. Such is the case for 3D printers, which allow us to create virtual designs and then print them out as physical objects. The printing possibilities are endless, which has sparked the curiosity of fashion designers who are now exploring 3D-printed clothes. “It would be nice to think we could hit a few buttons and produce mass amounts of clothing for the world, especially for those in need,” Fashion Institute of Technology instructor Muhammed Shahadat told Refinery29.

How would you bring to life your favorite clothing designs, you ask? First, you would download the design or create it yourself on 3D modeling software. Then, you would plug in your 3D printer and let it do the rest. Instead of using ink, 3D printers utilize melted plastic to create the shapes of your choice (via Explain That Stuff).

While printing out your clothes in your bedroom sounds like something taken from a sci-fi movie, it just might become the norm in a couple of years. 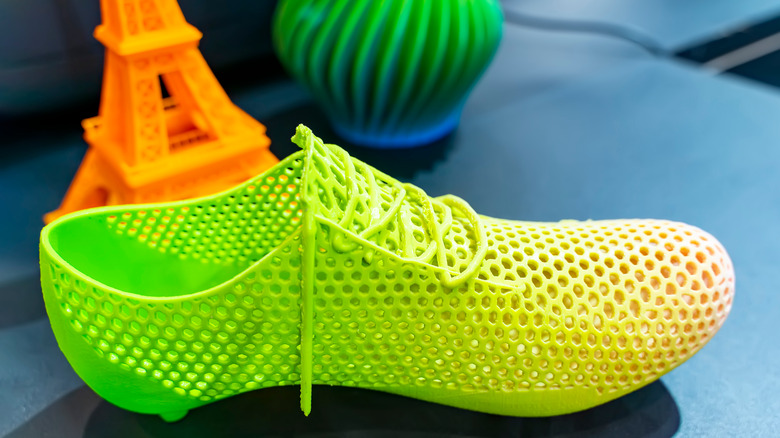 Fashion designers have been experimenting with 3D printing for over a decade, and there have been mixed opinions about it. “The model that was wearing it hated us,” Bradley Rothenberg told Wired, referring to a 3D-printed dress he presented in a 2013 fashion show. Rothenberg’s dress, which was made in collaboration with fashion trio threeASFOUR, was so delicate that the model wearing it couldn’t even sit down.

However, fashion designer Danit Peleg has also been experimenting with printing clothes and got really exciting results using a flexible material called FilaFlex instead of the regular plastic filaments used by most 3D printers, per The Guardian. The issue is that the garments can be extremely expensive due to how expensive 3D printers themselves are.

One big reason to invest in making 3D printed clothes mainstream is the ecological impact they may have. Fast fashion is a driver of ecological collapse and contamination. While 3D-printed clothes are made of plastic, which is extremely harmful to the environment, they can be melted and repurposed as prime material for new 3D printouts (via Refinery29). Eventually, the filaments could be made of recycled materials, making the cycle of fashion highly sustainable. In that sense, printing out clothes could become a more environmentally friendly option than the multitude of rarely repurposed fast fashion garments.