A TEENAGER diagnosed with breast cancer after finding a small lump at 17 has urged other teens to get checked, just in case.

It's incredibly rare to develop breast cancer at that age, but Imogen Neivens wants young women to feel they can ask for help if they are worried. 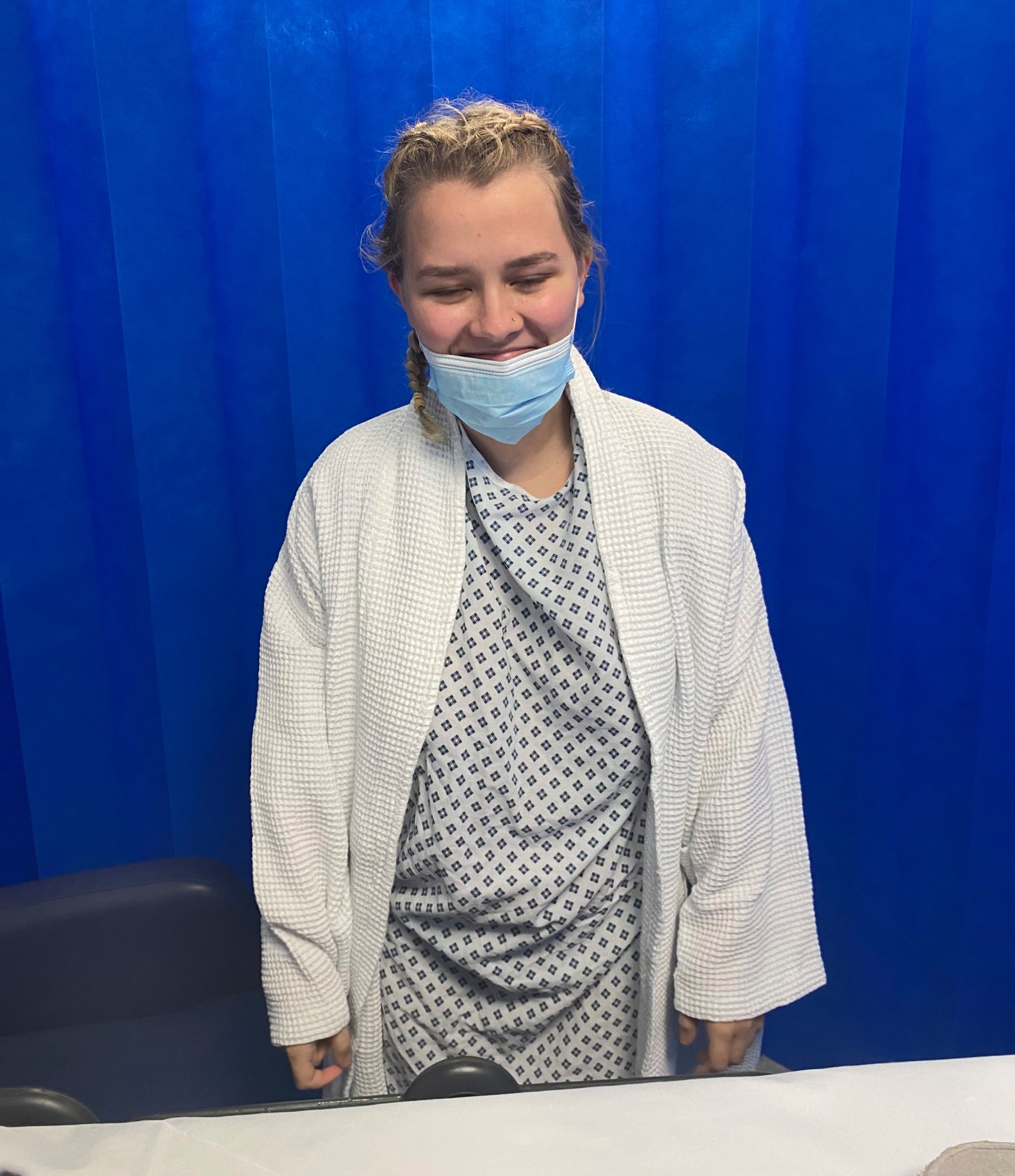 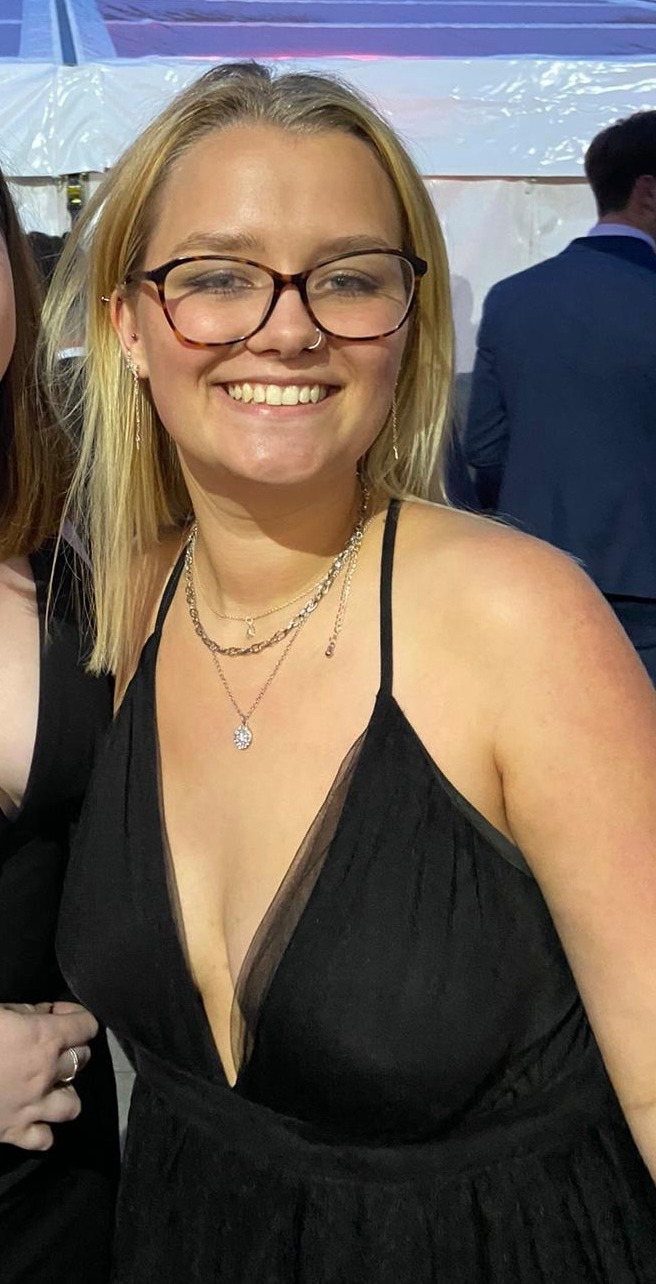 She told the Sun Online: "Even if you think it’s nothing, go and get it checked. Don’t be embarrassed, it’s nothing a GP hasn’t seen before!

"And if you can’t talk to your parents talk to someone you trust, like a friend or tutor.

"So you have someone to push you to go, and support you in going. It could literally make all the difference, it has to me!”

Her mum, Sophie, from Shepperton, Surrey, how she was amazed at how quickly her daughter was diagnosed.

The mum, who works for a tech company, said: "She felt a slightly weird hard lump around February/March time, didn't think anything if it and then revisited it in about May.

"I said lets go get that checked. The next day went to the GP and they said 'you're young, it's incredibly unlikely to be anything but we'll refer you just to be on the safe side'. She was seen within about three days."

Her mum praised the young woman for being so calm and "pragmatic" – especially for not letting the diagnosis overshadow her 18th birthday, which came two days later.

Imogen had a biopsy and was later told "we are really sorry but it's abnormal".

It could literally make all the difference, it has to me!

Her mum added: "They said we will put you under the breast cancer umbrella – so that's how we were told. It's so rare in someone her age.

"What is fantastic is that they did the surgery really fast and the treatment she's having is preventative."

There is no history of breast cancer in her family, with that type of cancer very rare in teenagers.

Imogen had a lumpectomy in May, less than two weeks after being diagnosed, with her teachers grading her final A-level exams from mocks and coursework.

Luckily, as Imogen's case was caught early and the abnormal lump has been removed, she is now having treatment just to make sure no cancer cells spread elsewhere.

Next month she is starting six months of radiotherapy and chemotherapy, after having had her eggs harvested and frozen – following a practical conversation neither her or her mum were perhaps quite ready for.

Her aunt set up a GoFundMe page to help give her an amazing trip with her best pal to celebrate the end of the ordeal. 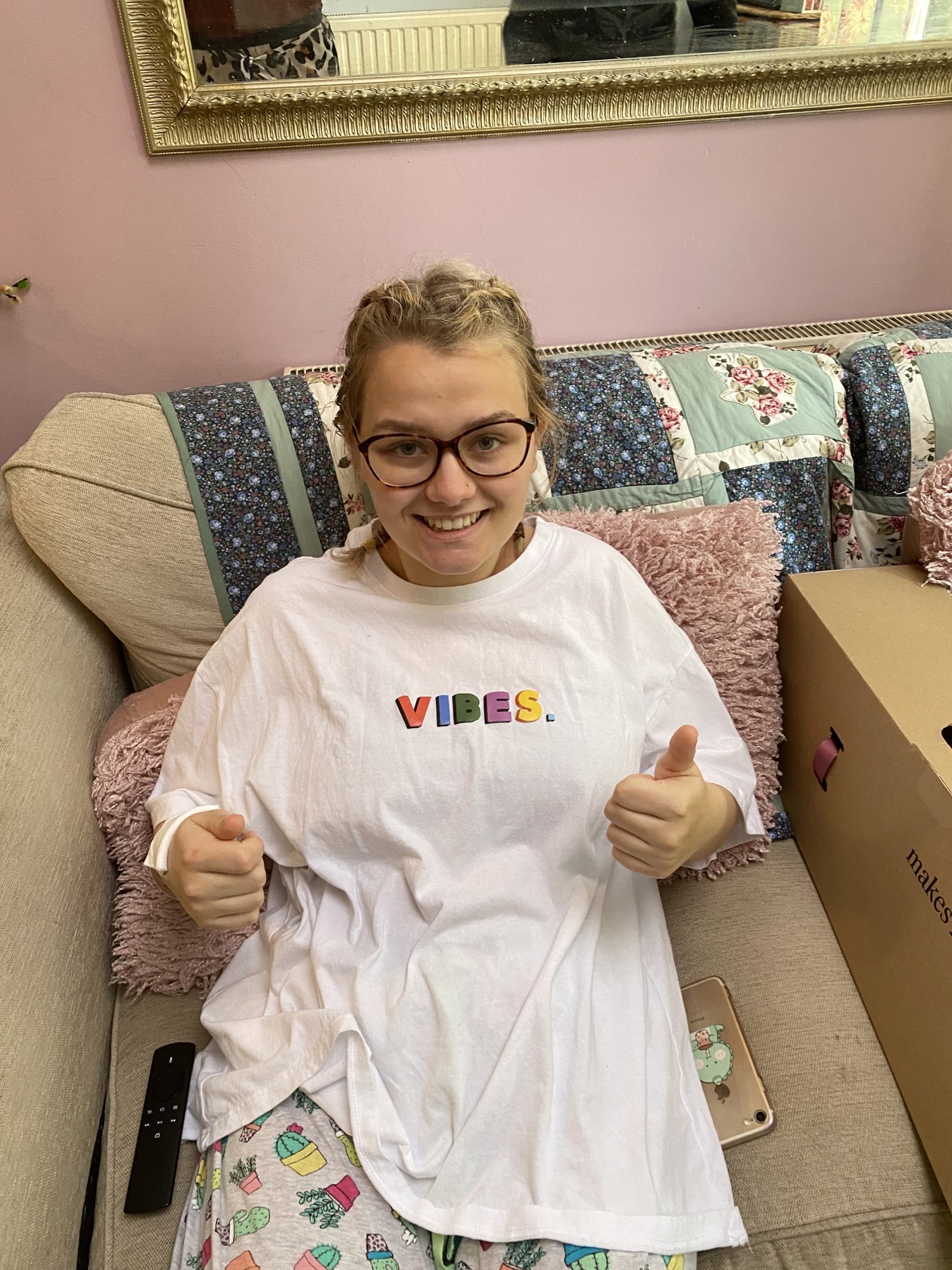 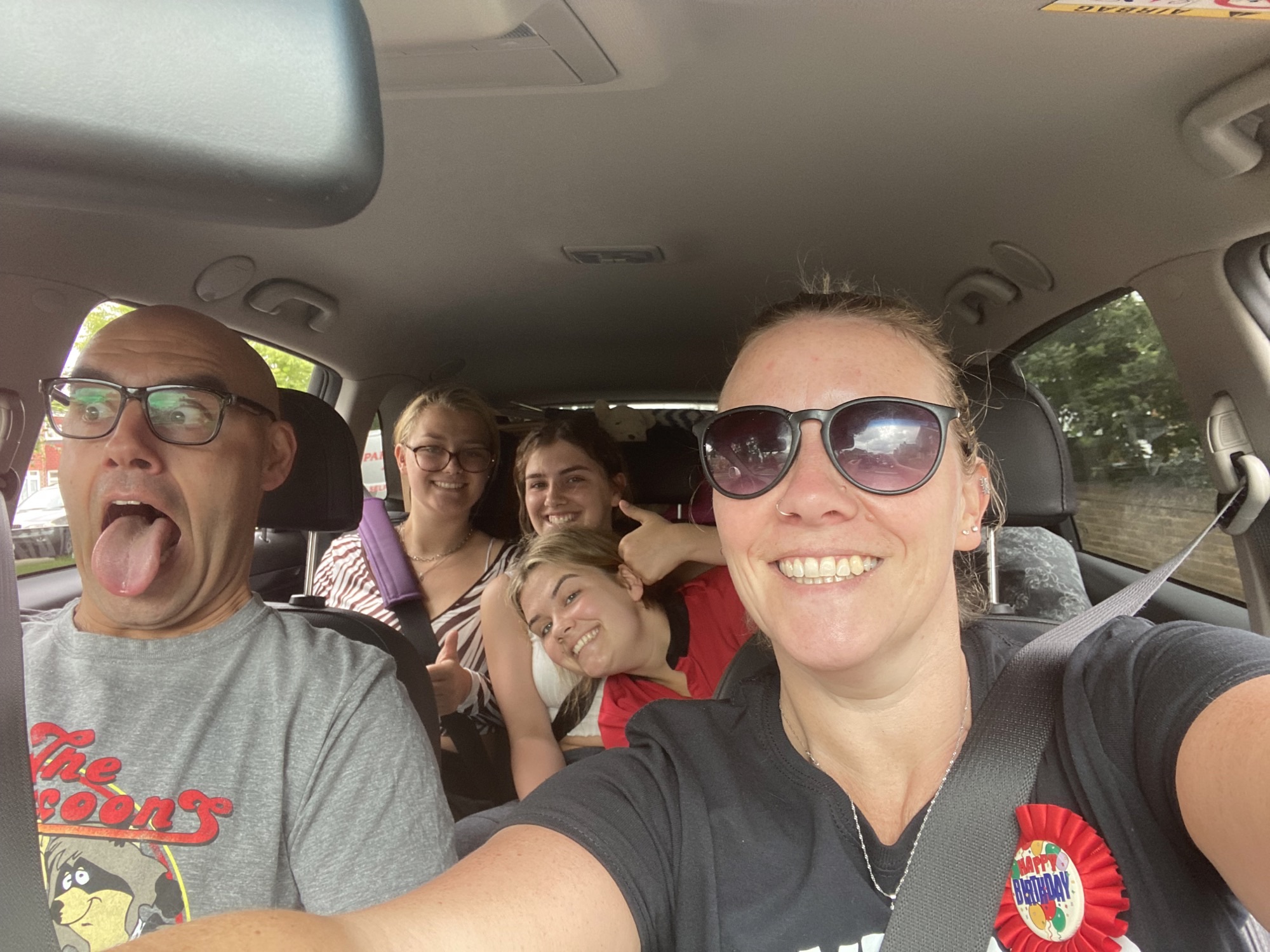 Sophie added: "At the moment we are quite upbeat as we are taking it one step at a time, but three/four months in when she's maybe feeling crappy it's something fun that she can think of."

Keen to crack on with teenage life, Imogen then hopes to study Media and Communications at the University of Surrey next September.

Sophie said: "She's just been so fantastic through the whole thing.

"The whole reason that we've been sharing is because she said if she didn't have a good relationship with me she wouldn't have gone, she would have thought it was just hormonal.

"And the fear is that kids think it won't happen to me – but because of the early detection and the surgery, that's why it's preventative.

"Some people, they wouldn't go to the doctor. Just because it's embarrassing but it's like 'just suck it up and go'!

"If we can get just one person to go and get checked that's great."

Breast Cancer Now have a page on their site specifically addressing teenage concerns.

It says: "It can be normal to feel lumps when your breasts are developing and these often disappear on their own.

"If a lump causes you any discomfort, appears to get bigger or you’re worried about it, talk to someone such as your GP. You may also want to talk to someone in your family or a school nurse.

"Although it’s very unlikely that there’s anything wrong, a doctor can check it out and should put your mind at rest. You can ask to see a female doctor or the practice nurse if this will make you feel more comfortable.

"Very occasionally lumps are a sign of a benign breast condition. ‘Benign’ means harmless, and a benign condition will not become a breast cancer. The most common benign lump as the breasts are developing is known as a fibroadenoma.

"It’s normal for breasts to feel uncomfortable and painful at times. Breast pain can be anything from a mild ache to a sharp, stabbing, burning sensation.

"Breasts can be painful when they are developing during puberty. For some people, breast pain is affected by changing hormone levels: the pain is at its worst just before a period, settling down again afterwards. For others the pain can happen at any time.

"There are practical ways and treatments to help settle breast pain, so talk to your doctor if this is a problem for you."

Dr Sarah Jarvis, GP and Clinical Director of Patientaccess.com, said: "Breast cancer in your teens is exceptionally rare. It’s even rare in your twenties and thirties – more than 95 per cent of women who get breast cancer are over 40.

"So the most important message if you do find a breast lump or other abnormality at this age is not to panic.

"However, if you are concerned, it’s still important to speak to your doctor.

"They’ll be happy to check you out and let you know what they think is going on – and if they’re in doubt, they’ll refer you for further tests."

How to check your breasts

Step one: Begin by looking in a mirror, facing it with your arms on your hips and your shoulders straight. You should be looking for any dimpling, puckering, bulging skin, redness, soreness, a rash or changes in the nipple.

Step two: Still looking in the mirror, raise both arms above your head and check for the same changes.

Step three: With your arms still above your head, check for any fluid coming from the nipples. This can include milky, yellow or watery fluid, or blood.

Step four: While lying down use your opposite hand to check each breast. Using a few fingers, keeping them flat and together, go in a small circular motion around your breasts. Make sure you feel the entire breast by going top to bottom in these small circles. It helps to develop a system or pattern to make sure every inch is covered. Use light pressure for the skin and tissue just beneath, medium pressure for the tissue in the middle of your breasts, and firm pressure to feel the tissue at the back, feeling down to your ribcage.

Step five: Feel your breasts while either standing or sitting, using the same small circular motions. 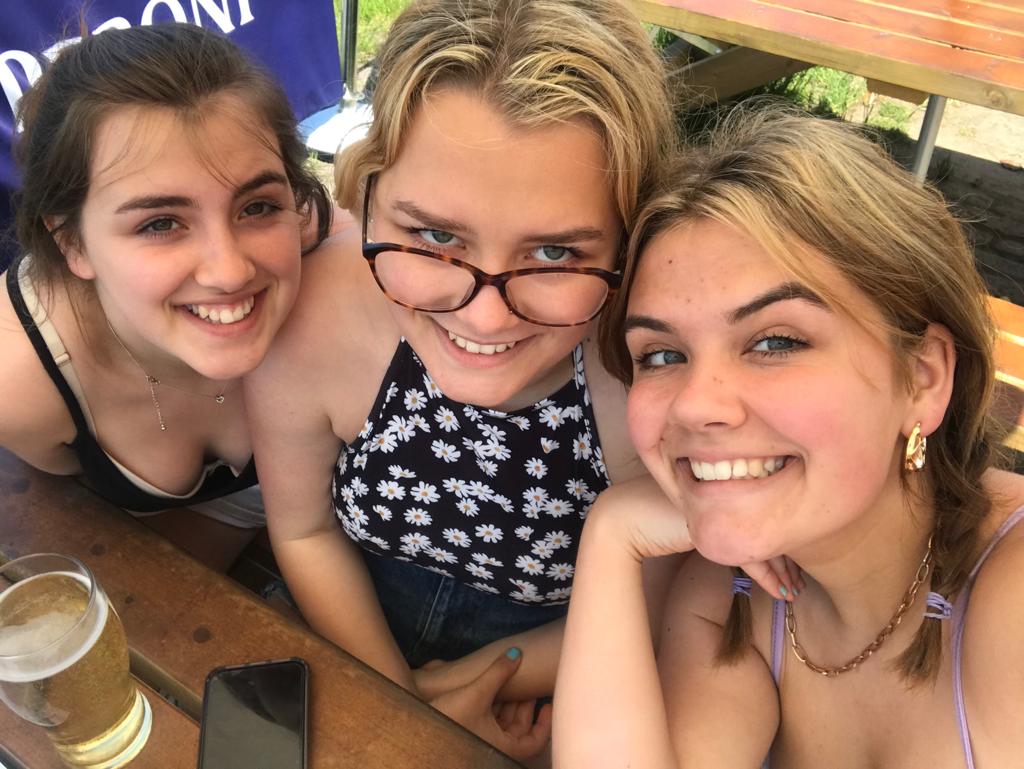