A WOMAN has revealed how she broke her bed every night due to her weight and had to sleep in the spare room away from her husband.

Carlene Booth, from Glasgow, was too heavy for her bed and made the slats fall down each night. 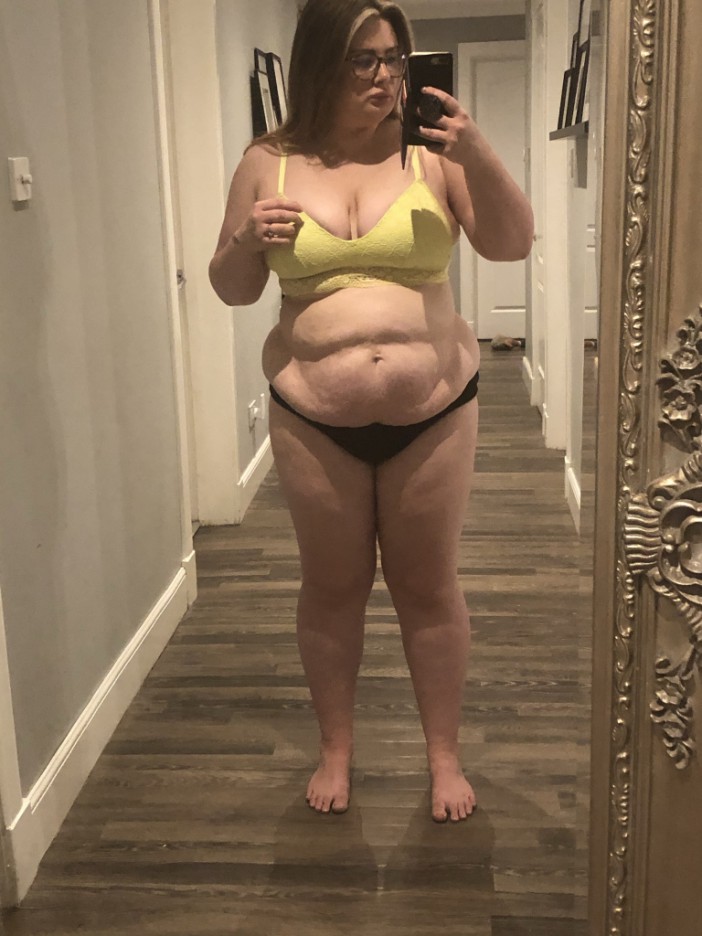 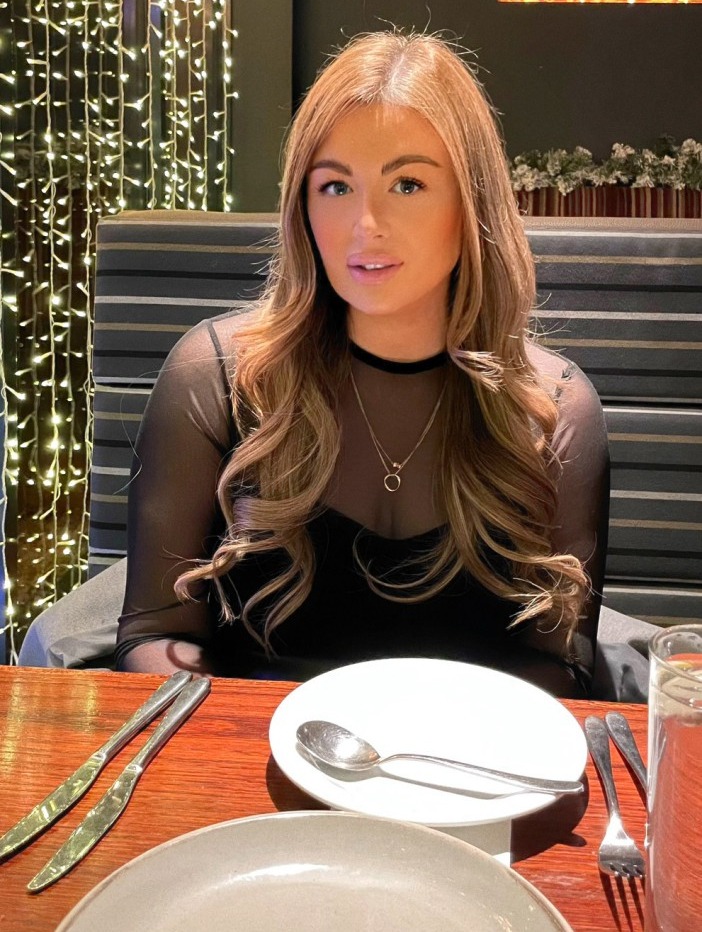 She first started gaining weight as a child, developing a food addiction and binge eating to cope with her emotions.

The 31-year-old kept using this coping mechanism through adulthood, eventually reaching a weight of 17 stone 5lbs during pandemic lockdowns, which caused her to binge more due to elevated stress.

Carlene reached the point of hating herself due to her weight, and finding everyday activities difficult, but she has now slimmed down by eighty-pounds, dropping from a UK dress size 20 to a size 12 – thanks to gastric sleeve surgery.

“I was beginning to feel so disgusted in myself that I would sleep in the spare room bed away from my husband Robert at night because I was taking up so much room,” said Carlene.

“I was too heavy for our main bed and the slats would fall down every night. I would wake myself up breathless at night from turning in bed.”

Carlene started to feel hopeless, isolated from her friends, who were all thinner than her.

“My friends are all very slim – no one understood the mental and physical struggle that being obese had on me and so I began to resent them and feel a bitterness towards them,” she said.

“I would dread going to restaurants for meals as I believed they were all watching and judging me on how much I was eating.”

One night, waking up after another restless night in the spare room bed, Carlene decided to take matters into her own hands.

“It was January 2021 – another new year where I was promising myself I would get fit and healthy,” said Carlene.

“I could barely move, my face and arms felt like they were going to burst as I was so swollen.

My friends are all very slim – no one understood the mental and physical struggle that being obese had on me and so I began to resent them and feel a bitterness towards them. I would dread going to restaurants for meals as I believed they were all watching and judging me on how much I was eating.

“I was terrified of catching Covid as I was extremely breathless and would constantly worry about being unable to breathe.

“One Friday night in January I was feeling so depressed and hopeless, I googled 'help from GP for weight loss' and realised that I could pay privately for weight loss surgery. I knew there and then that I was going to have a sleeve.”

A gastric sleeve is a weight-loss procedure in which the stomach is reduced to about 15-percent of its original size, by surgical removal of a large portion of the stomach.

“I wanted to have my sleeve done in Turkey as it's much cheaper to go abroad. It would cost around £3k and I had the money there to book it,” said Carlene.

“I contacted a number of clinics via WhatsApp and after a week I had chosen my clinic and paid the deposit. 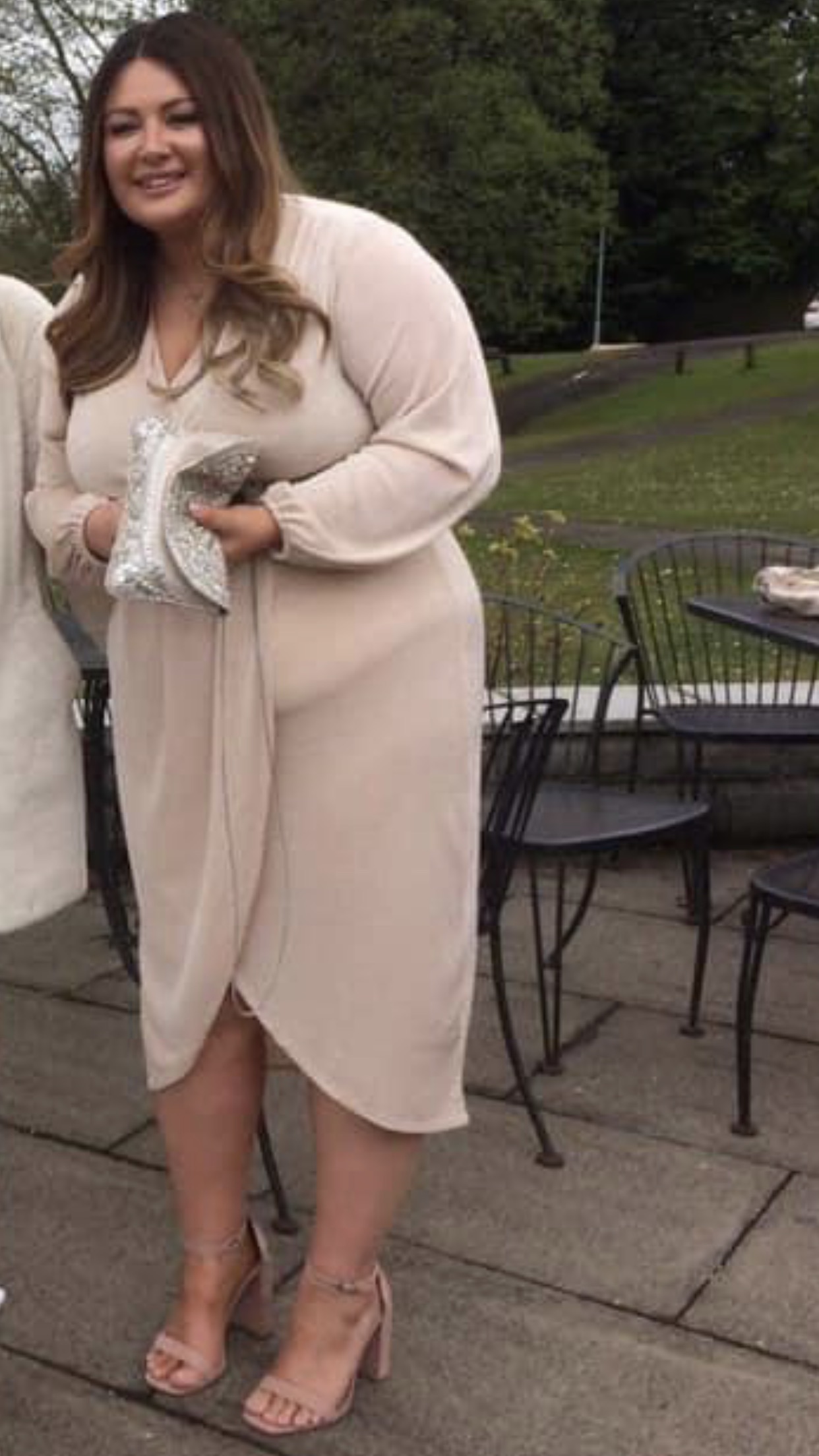 “However, with travel restrictions and Turkey being on the red list for so long, my flights kept being cancelled.

“I asked my husband if he would help me with the remaining £7k to be able to have my surgery done here in the UK.

“My husband has always thought I was beautiful and never put me down for my weight.

“He agreed to help me and I started the process again with clinics in the UK – and eventually decided on a company called Tonic Surgery and had my surgery five weeks later.”

After the surgery, Carlene had to adapt her diet and lifestyle to maintain her new body shape.

“I aim to eat 80-grams of protein per day and always choose the protein-rich option at every meal, which means cutting down on carbs.

“The first two weeks post-surgery were just liquids – like protein shakes or broths – and then it was two weeks of pureed food while the staple lining of the stomach healed.

“Now I can eat anything but in very small portions such as a side plate or small bowl.

“In terms of exercise, I try to walk every day and do muscle strengthening workouts such as body pumps.” 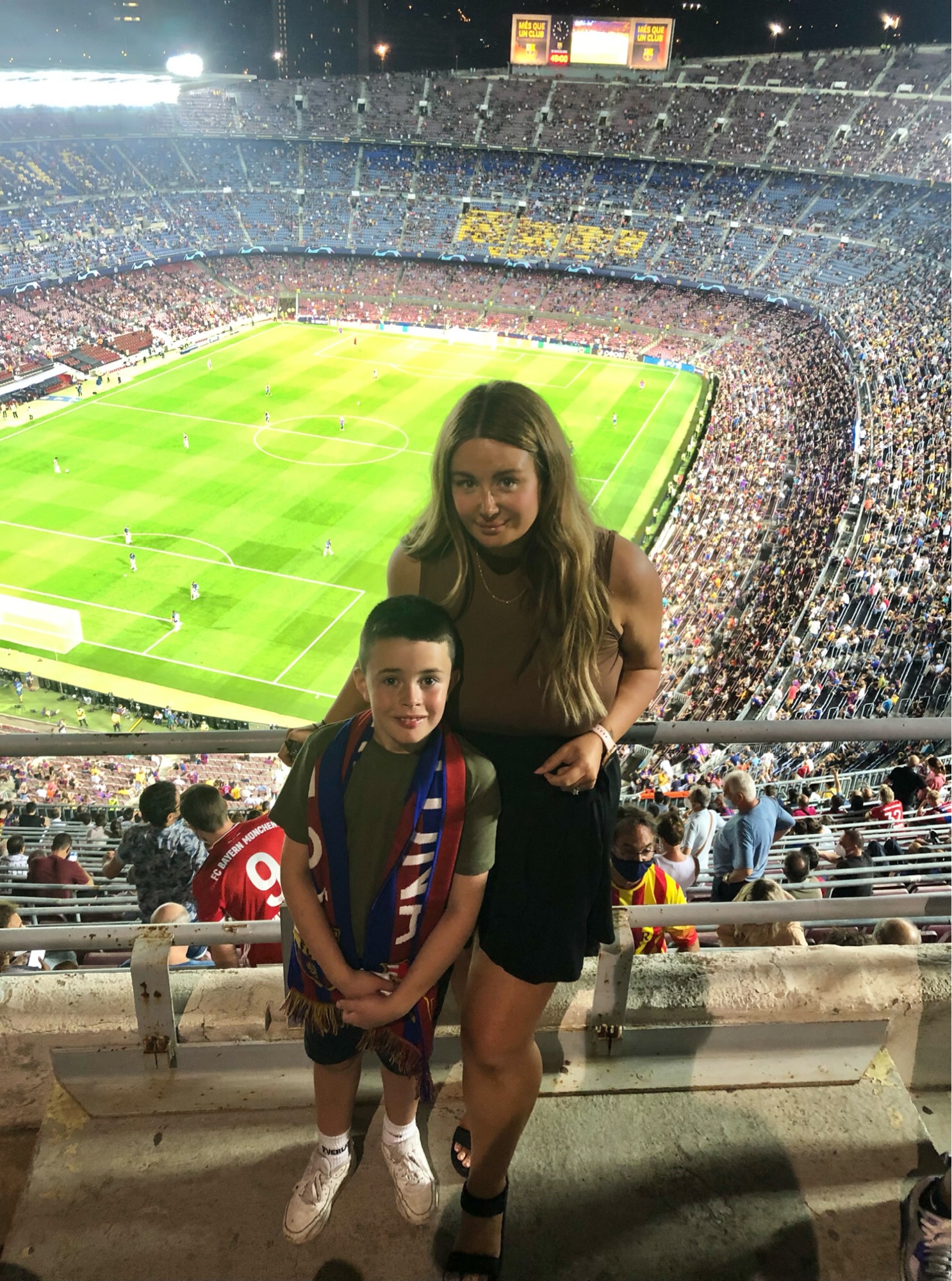 Since having her surgery, Carlene feels much more confident – and no longer sleeps in the spare room.

“Firstly, I have mostly overcome my binge eating disorder – I no longer feel the need to binge on unhealthy foods to mask my emotions. I allow myself to feel what I am feeling, have a cry about it and move on.

“My portion sizes are very small and will be for the rest of my life which means I can't overeat.

“I no longer view food in the same way now, food is fuel and helps to keep me alive and well whereas before it was slowly killing me.

“I do things now without even thinking about it – silly things like playing football with my eight-year-old son Bobby. Before I wouldn't have been able to. I am forever grateful for my sleeve.”

Carlene has slimmed down by around 80lbs [five and a half stone], dropping from a UK dress size 20 to a size 12.

“I am learning to love myself again,” she said.

“Body dysmorphia is a huge struggle for weight loss surgery patients. Some days I forget that I have lost 80-pounds and still expect to struggle with the most basic tasks like showering.

“I look in the mirror sometimes and still see a massive girl – but then I fit into my size 12 clothes and I have to give myself a reality check. It will be a lifelong journey but I am getting there day by day.”

For more real life stories, this 82-year-old revealed she will spend Xmas having sex with her toyboy, 36, and licking cream off each other.

And this pregnant mum-of-11 revealed she'll spend £4.5k on her brood this Xmas but the gifts are not from Santa – she wants the praise.

Plus this woman shared the horrifying reason her mum’s washing machine stopped working – and it’s guaranteed to make your skin itch.