A MUM-OF-SIX has revealed how trolls tell her she looks "haggard" and say they feel sorry for her kids, but she won't let it stop her glamming up online.

Former police officer Claire Barratt, 41, from Hull, has grown a huge TikTok fan base over the past 12 months, with 3.6 million likes. 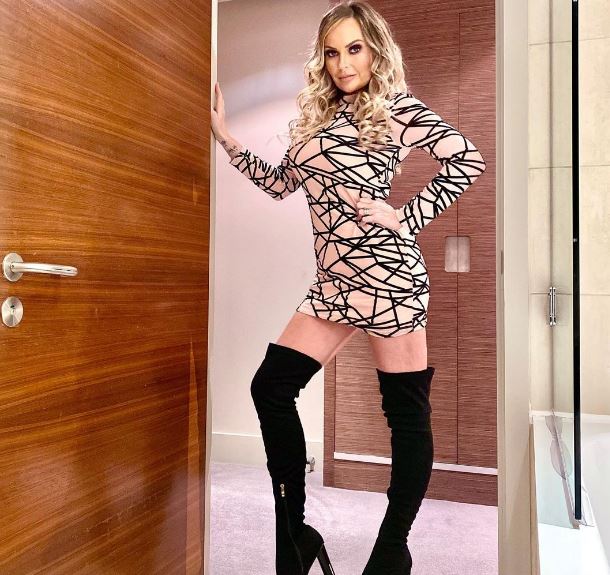 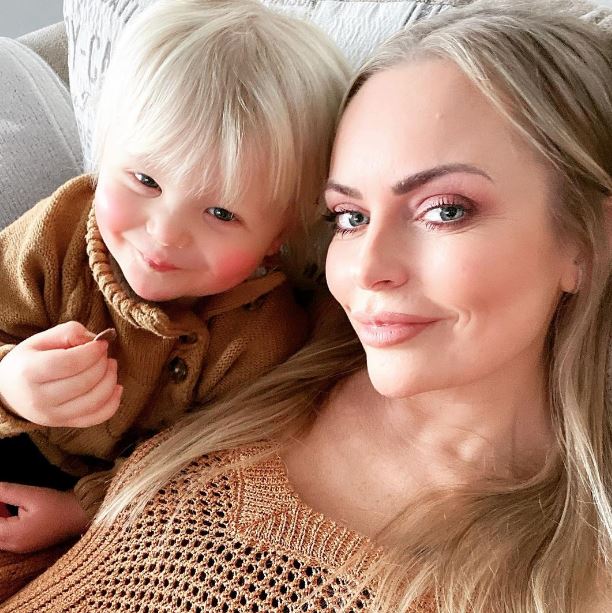 Some of her most popular videos include those of her saying she gets mistaken for her 22-year-old son's sister or going from "scruffy to glam" in seconds, but not all the reaction's been positive.

"I get a lot of people saying ‘you shouldn’t be dressed like that at 41’, the biggest one is ‘I feel sorry for your children’ or 'they must be so embarrassed'," the handbag designer tells Fabulous.

"That doesn’t sit great with me. If my children were disappointed or embarrassed, I would obviously have to change that as a parent.

"My four biological children who are here 24/7 are all incredibly proud of me.

"I will sometimes show them my TikToks and say ‘should I post this? Is it a bit risque?’ but they’re like ‘no it’s fine’. I'll get their nod before I post things." 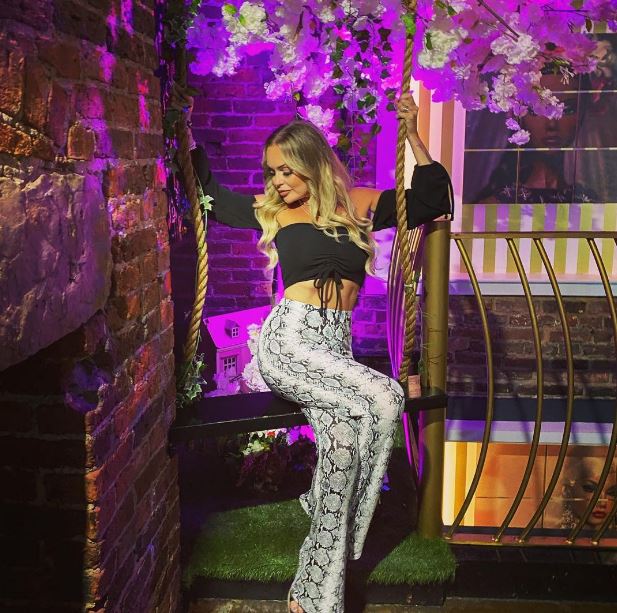 She joined TikTok in December 2019, after being spurred on by the marketing team at her brand Claireabella.

Some of her clips show her in mini skirts and crop tops, but Claire insists she's not an attention seeker.

She explains: "I'm not trying to be a sex symbol, I'm all about empowering and celebrating women.

"I'm free spirited, I don't listen to the negative comments and I don't conform to people's expectations of how a 41-year-old mother should act or what I shouldn't wear.

"I'm very self confident and I try to encourage other women to be the same.

"Sometimes I'll post a video of me looking scruffy in my house clothes then I'll change into something glam which yes, might be a short dress, but I don't value any negative opinions about it. 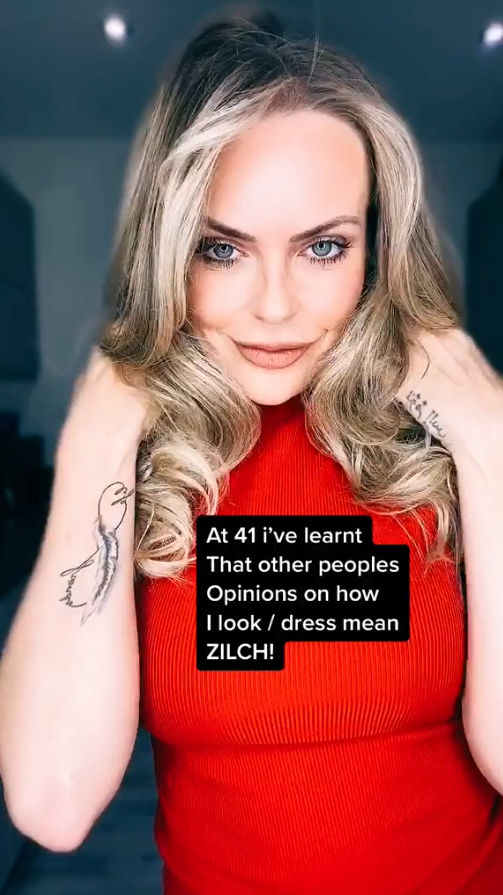 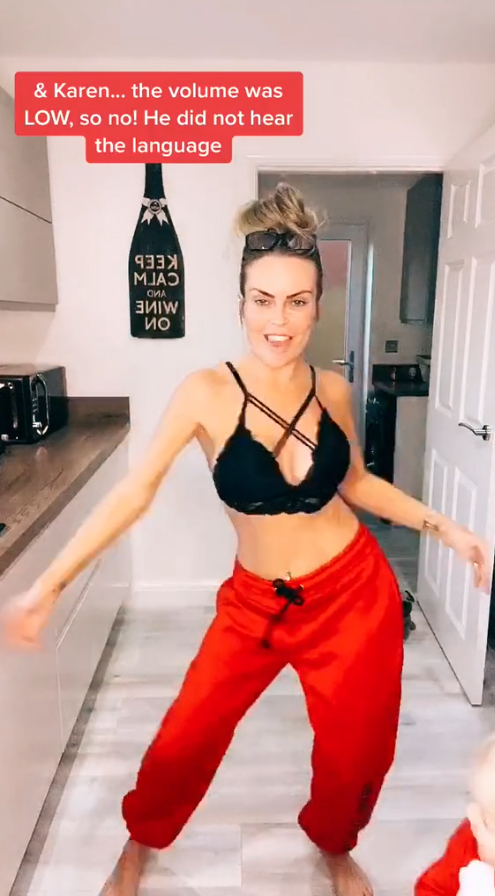 "I'm lucky I have thick skin, so the trolls spur me on. This is me, I'm not going to change.

"I think some of the trolls lack confidence, which can come out as jealousy, but I've had negativity since I founded my company 10 years ago.

"Maybe they want me knitting and baking, I don’t know, but that’s not who I am.

"I’ll also do videos where I've got no make-up on and I’m covered in baby food. I don’t just show the glam me." 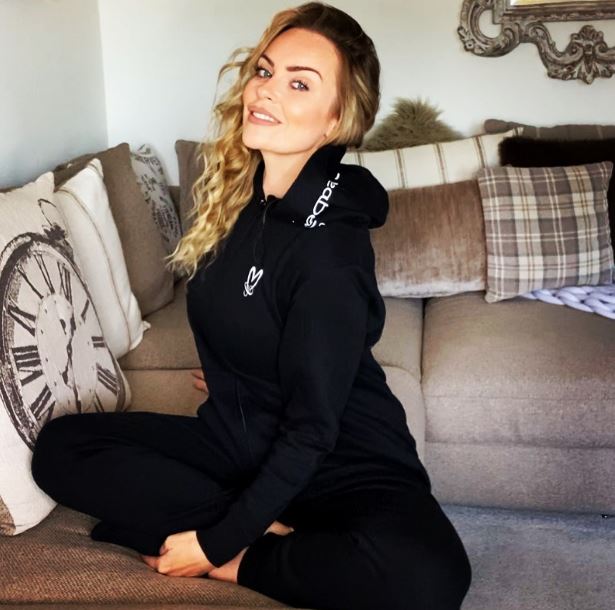 Claire's first viral video showed her standing with her back to camera, then turning around and saying "I'm 41".

In her second, which got six million views, she did a video explaining how he gets mistaken for her son's sister.

She says: "I never expected to be this popular on TikTok. The first ones which went viral were age based, and people were either lovely or horrible.

"When I go out with my eldest, a lot of people think I'm his sister, so I did a video saying that.

"A lot of people said I looked 60 or wrote ‘I don’t know who told you that love, but you don’t look like you could be his sister’.

"I get told ‘you look haggard’ quite a lot. If that’s your opinion then that’s fine, I don’t need people to say ‘you look 20’ because I don’t think I do. I just take it with a smile. 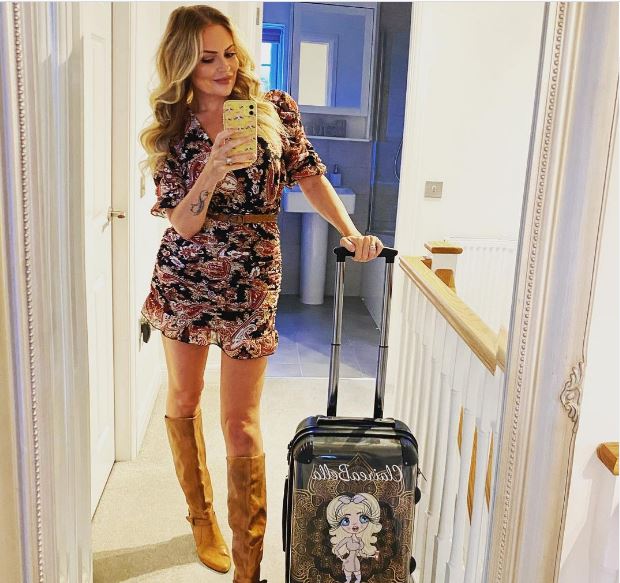 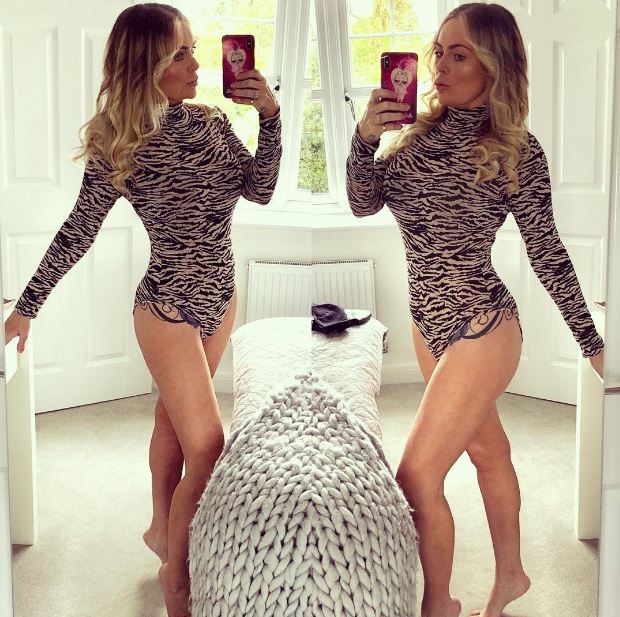 "I still get ID’d, it happened last week when I was buying booze in the supermarket, but I did have a mask on.

"When I took my mask off, he said ‘actually I can see you’re older than that now’. I was like ‘you’ve made my day in one breath and then took it away in the next’.

"I get propositioned all the time in my DM's. No-one can message you on TikTok unless you’re following them but blokes find other ways to do it.

"They'll say ‘when we’re out of lockdown can I take you for a drink?’ or ‘let me take you away from it all’ if I post a video about the kids driving me mad during lockdown, but they just get deleted.

"My husband doesn’t bat an eyelid, he’s not even slightly bothered. We’ve been together 11 years now, he thinks it’s harmless." 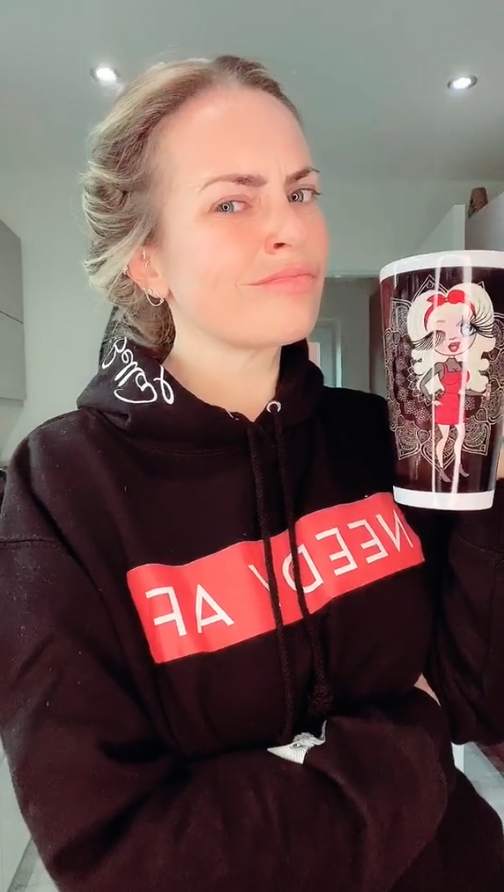 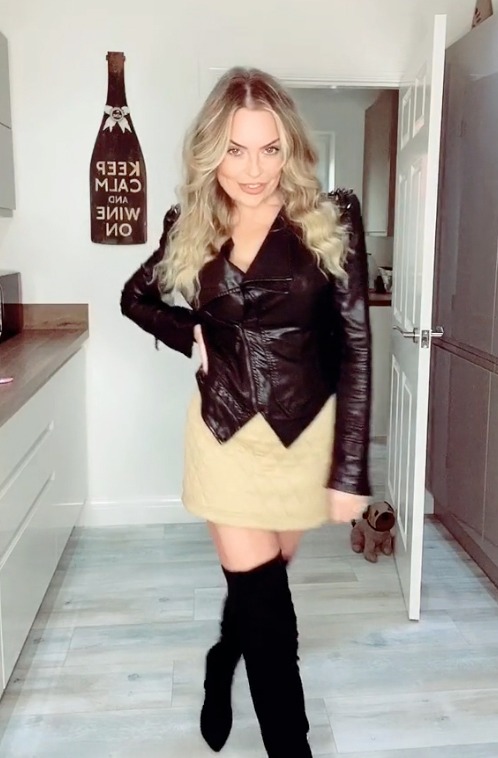 Claire is open about having tweakments, admitting: "I have Botox in my forehead about every six months, but that's the only thing I do.

"I only get my hair coloured twice a year, I am below low maintenance because with six children my priorities are way down the list.

"The only surgery I’ve had is breast reconstruction which was for health reasons, it wasn’t a vanity thing."

Claire says she can do her hair and make-up in 15 minutes and is more likely to do the school run in her "scruffs and a giant coat" than all dolled up.

She adds: "I’ve been a mum since I was 19 so I’m very used to getting ready quickly. I don’t wear a lot of make-up.

"My home is too chaotic in the mornings and I’m very confident in my own skin, even with my stretch marks and scars from having children.

"My handbag brand is all about celebrating and empowering women, irregardless of what they choose to do with their lives, and that's what I hope to show on TikTok."