A BIG-BREASTED TikToker can see the lighter side of things thanks to a fellow content producer.

Riley Lively posted a video in response to Flabbing's amusing post about her big boobs. 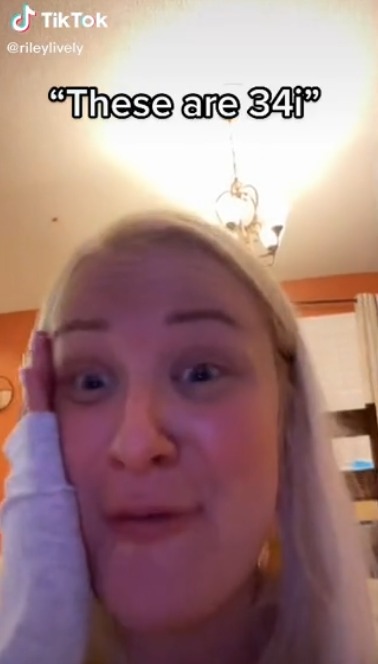 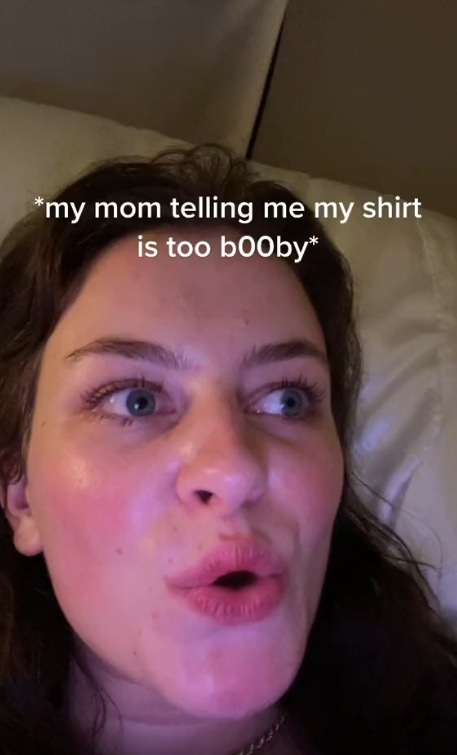 In that video, Flabby jokes about her, “mom telling me my shirt is too booby.

“These are 34dd, everything is too booby," she says.

There was wry amusement from big-chested Riley, and in her video can be seen 'dueting' with Flabby.

"This had me dying," she laughed.

If Flabbing was having issues at 34DD, then Riley's issues are far bigger.

But enormous boobs draw inevitable comment and back pain too.

One said: “I got mine reduced from an I to a D and they’re still on me about it.” 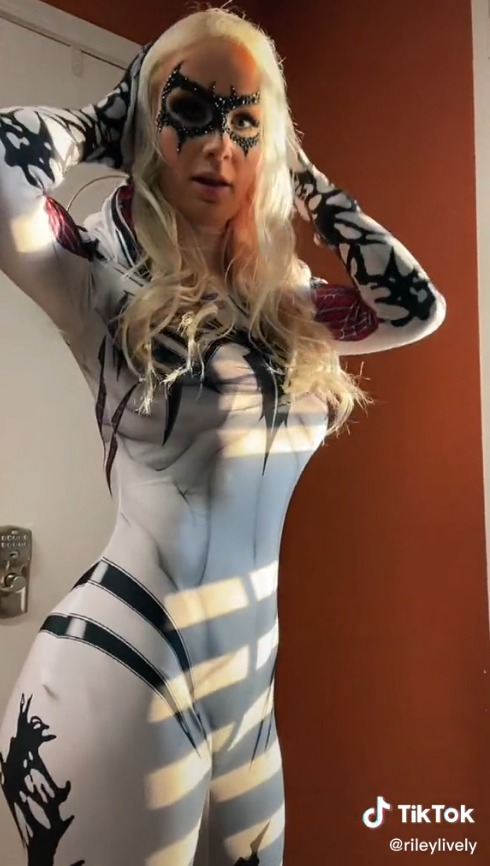 Others were surprised to hear there was even an I size: “There’s a thing call an I cup??”

“I feel bad for you and your back," said one comment.

It can cause problems said others: “Literally everytime I go out with my military friends my sargeant always says this to me and tells me to change my shirt…..but like it won’t just go away.”

Finally: “I feel for you. I’m a J and I wear over-sized shirts so my mom don’t get mad my shirts are too tight.”