A MUM has shared her disbelief that all three of her children share the same January birthday.

Sinead Cottam, has two sons and a daughter and incredibly all three siblings were born on January 11. 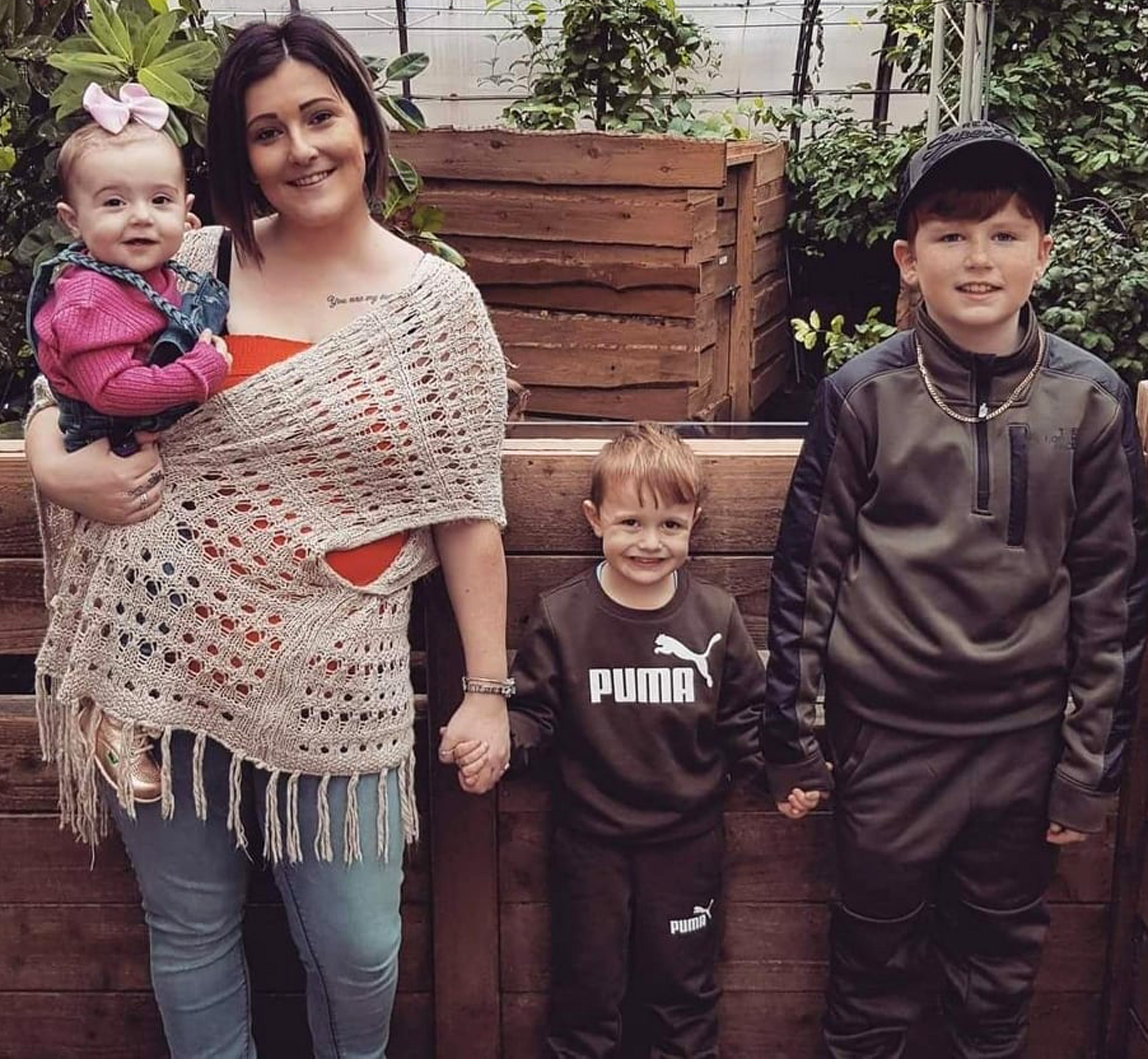 The 31-year-old from Scarborough said people refuse to believe her when she explains that Lewis, 11, Shae, five, and Demi, two defied unbelievable odds to celebrate their birthdays together.

Sinead’s oldest son Lewis, soon to be 12, arrived two days after his January 9 due date back in 2010.

He enjoyed being an only child – and having his birthday to himself – until Sinead gave birth to his little brother Shae, who arrived four days early also on the 11th January, in 2016.

She added: “We had planned to go out for a birthday tea party after school, but Shae decided to make an early appearance on his birthday so Lewis went to my mum and dad’s house.

Friends and family had joked that Shae, who will be six next week, would be born on Lewis’ birthday but Sinead didn’t agree.

She said: “His due date was the 15th and I thought he would late, so it never crossed my mind they might share a birthday, but when I had pains at home in the early hours I knew he was going to surprise us all and steal his brother’s birthday.

“I thought it was a lovely present for Lewis to become a big brother but he wasn’t very impressed at first.

“Lewis was six at the time and he wasn’t happy to share his birthday the first time, little did I know then that it would happen again.”

Three years later, Sinead was expecting a daughter – who was also due on Shae’s due date, January 15th.

However their little sister Demi was also born four days early – on January 11 2019.

Sinead said: “They were excited for a little sister but due to late complications I needed a C-Section and I could not believe my ears when the midwife told me the only date available was January 11.

“I was honestly gobsmacked and I said no at first.

“I explained both my son’s already shared that birthday but it had to be that date. I even asked them to check twice.”

Unlike with Shae’s quick arrival, Sinead had a short amount of time to prepare her boys that their little sister would also be sharing their special date.

She said: “Shae wasn’t quite three so he didn’t understand but Lewis was nine and he thought I was joking.

“He could not believe that both his little brother and now his little sister were going to share his birthday.

“He reacted better than he did when he was 6 and both boys came to visit Demi the day she was born so I could see them on their birthday too.”

The stay at home mum said family were absolutely stunned when she announced the birth of her third child – on the same day as her two older sons.

Unsure of the odds, Sinead said she has never met another family where all three children share the same birthday and people don’t believe her.

She said: “I don’t know how rare it is, but the nurses had never heard of it before and nobody believes me it’s all for the same day when I order three cakes, or buy three sets of birthday banners.

“I get the same joke too, people always say there must be a special date in April, 9 months before.

Now, Sinead has the task of finding something to do that will entertain them all.

Sinead said: “Lewis and Shae have had joint parties and we celebrate with days out to keep them all happy.

“They each get their own age decorations and their own cake.

“Lewis is into his scooter and games consoles and Shae likes football.

“Demi is all about unicorns, she is a little princess.”

Sinead added: “Both boys love Demi, they have typical sibling arguments but they are very protective of their little sister.”

As Sinead prepares for three birthdays in one day, just weeks after Christmas she joked: "I’m not risking a fourth baby, but if I did fall pregnant again I would put money on the birth date.” 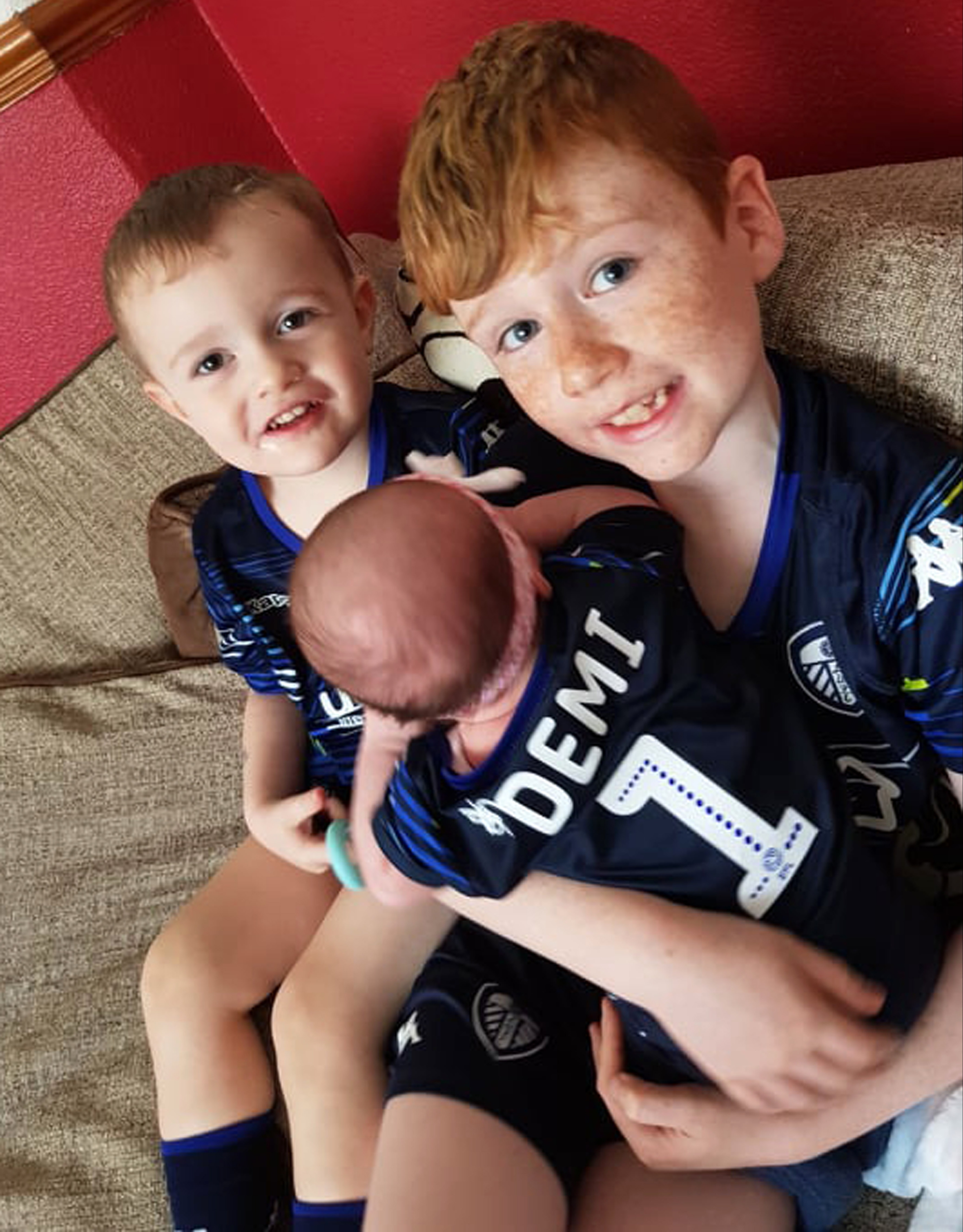 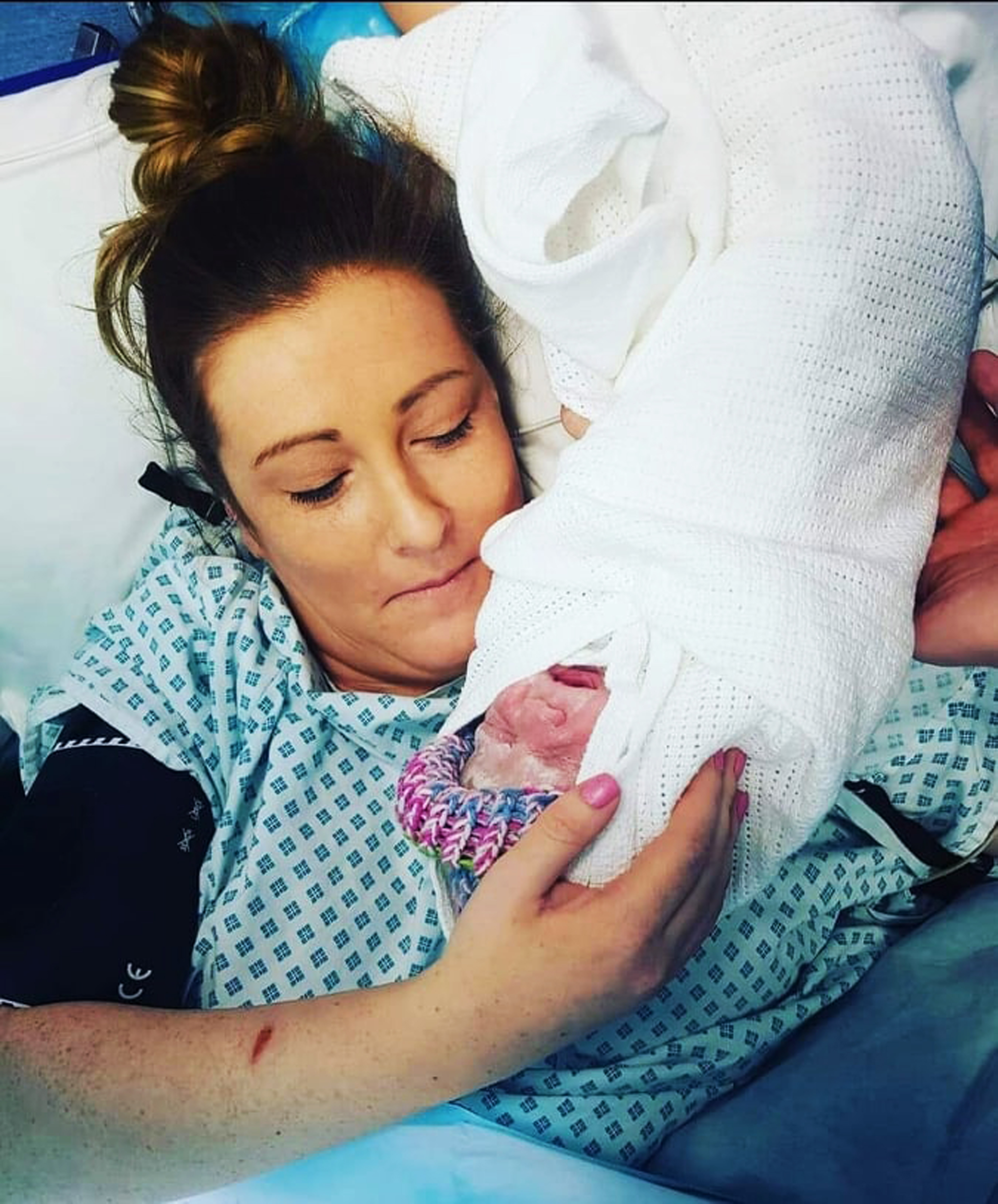 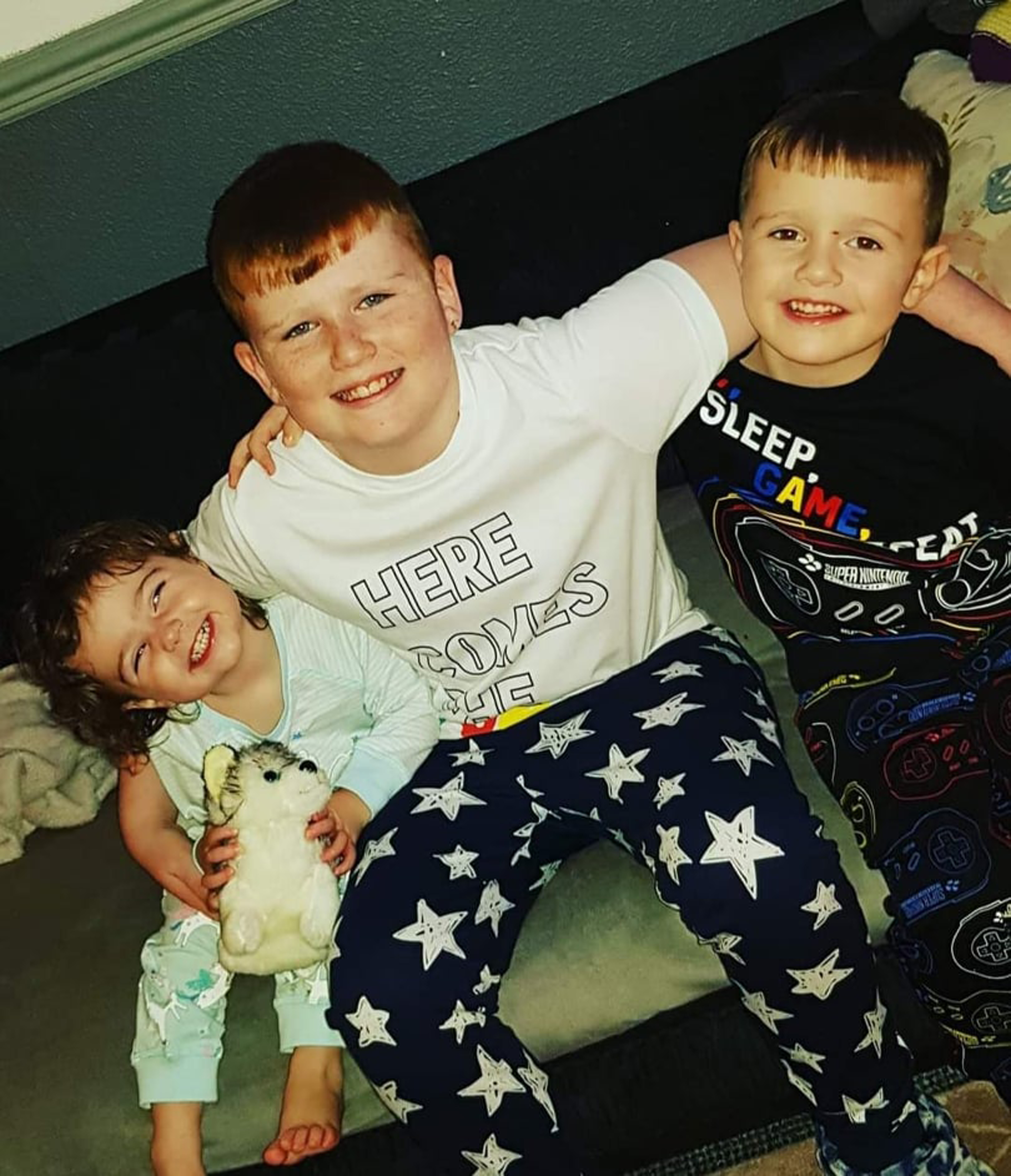 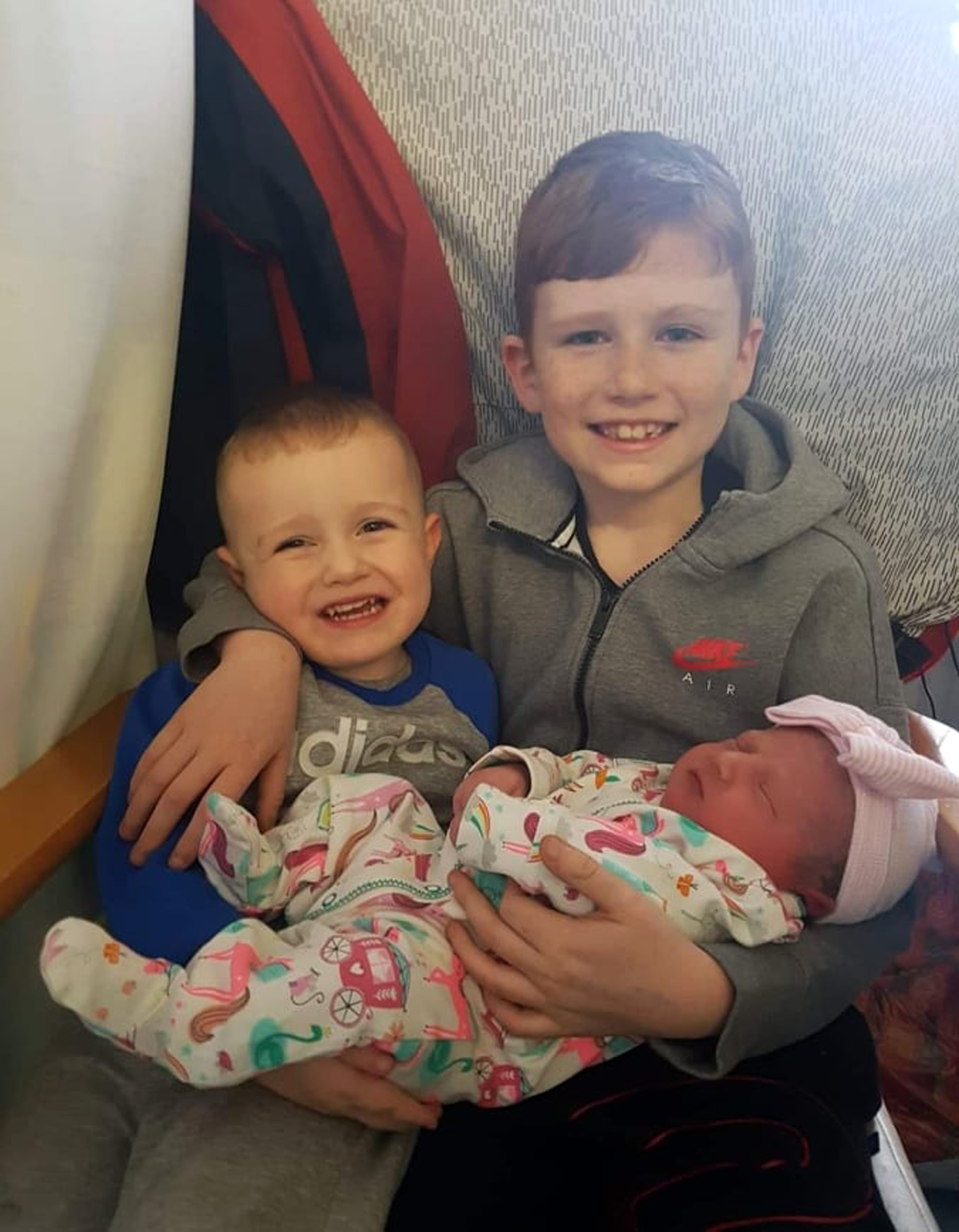 For more parenting stories, check out this woman left fuming after forking out £25 for birthday cake which ‘looks like a kid made it’ – but people say SHE’S to blame

Plus, my sister-in-law called me selfish for throwing a 1st birthday for my daughter as their baby died the day she was born

Or see, I threw a party for my baby’s HALF birthday – there was cake, pool, ball pit and balloon arch, I’m so extra