FOR many future homeowners looking for something different, you might think along the lines of quirky wallpaper or eccentric furniture.

But the Monro family, who are originally from Leicester, have taken it to another level after deciding to build their future home from a £3,750 20ft shipping container in Greece – complete with storage, a washing room and even gymnasium. 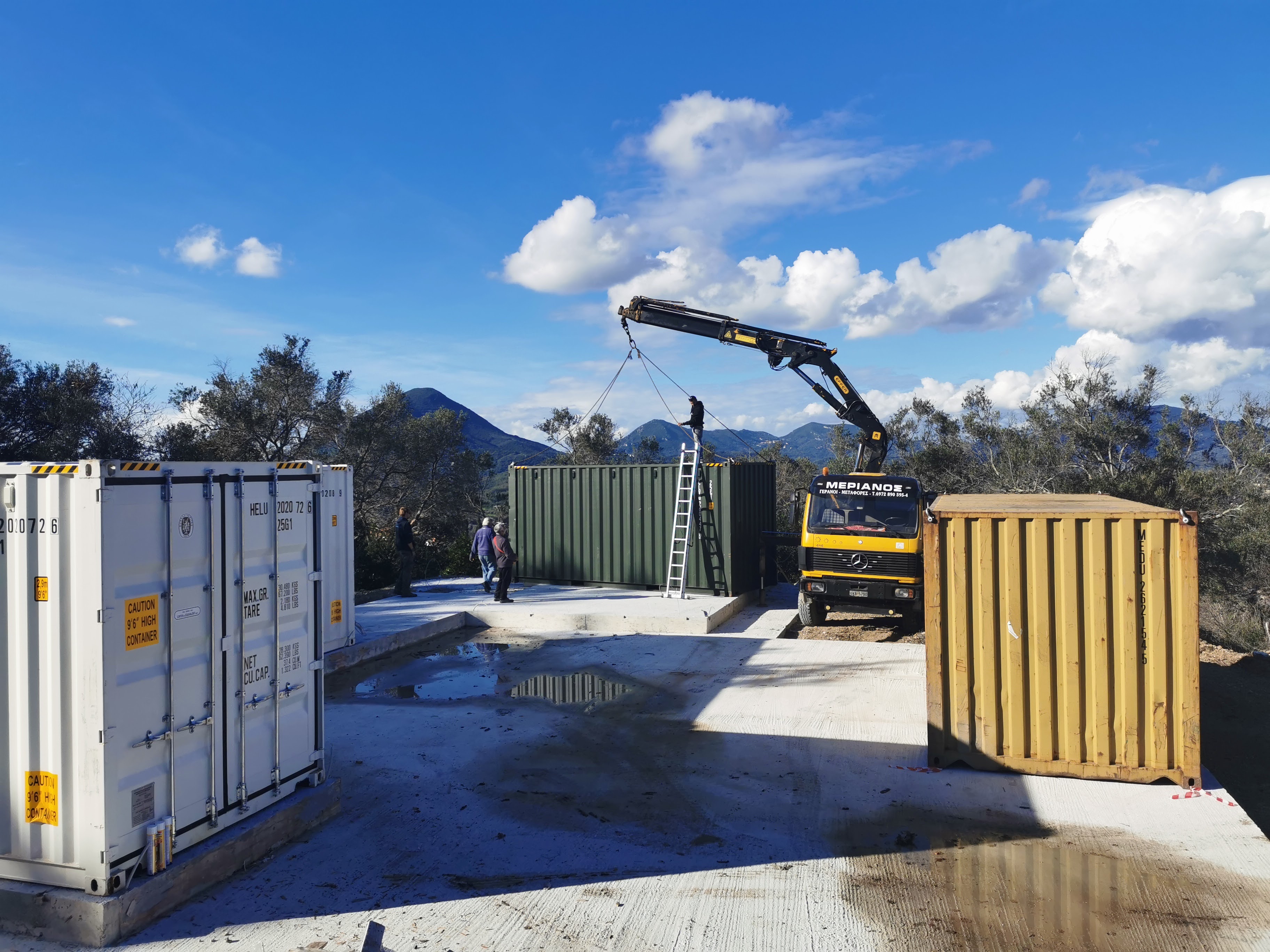 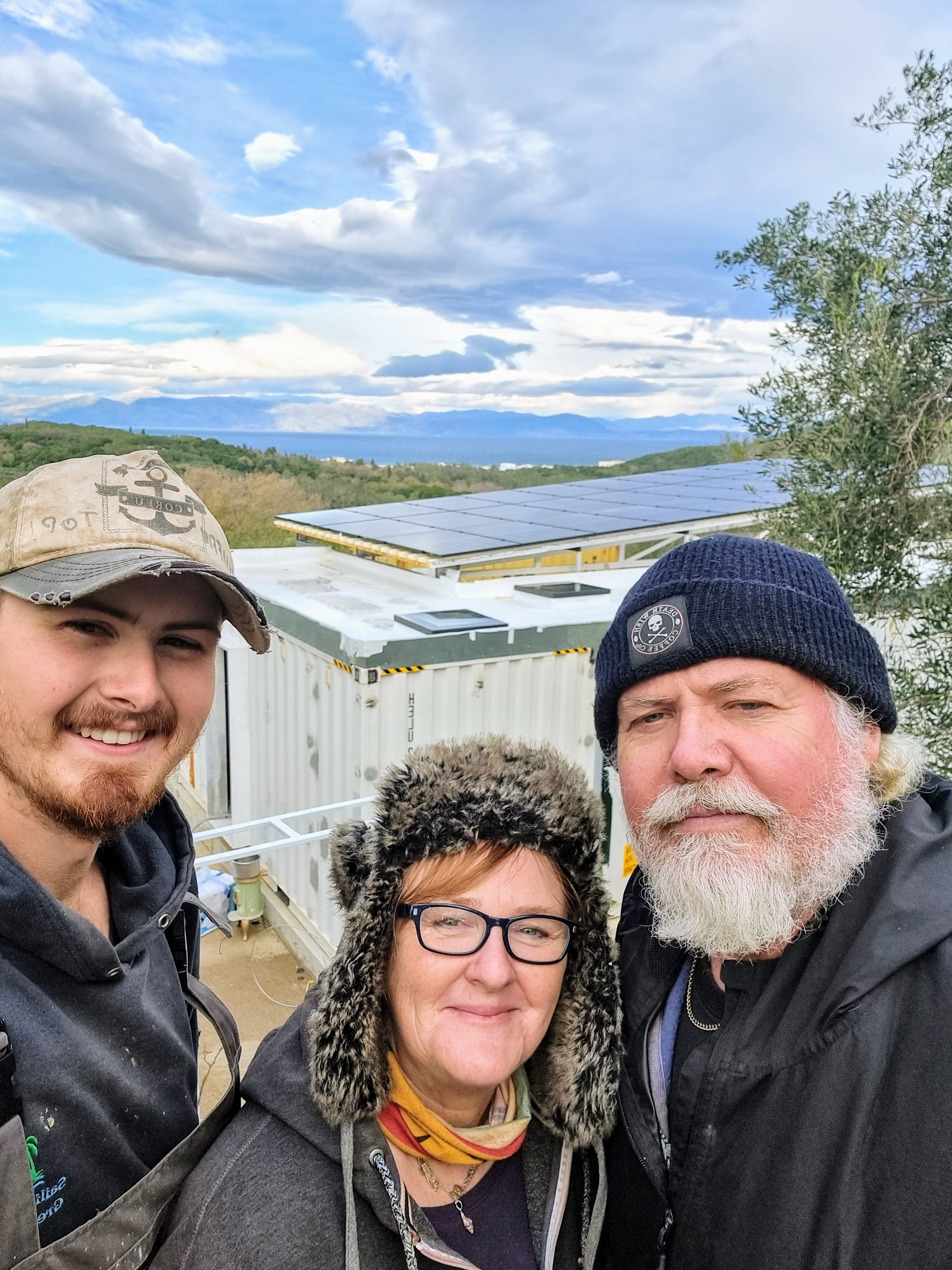 But perhaps the best part of all? That envy-inducing sea view.

With nothing else left to lose, they purchased a "20ft One Trip High Cube" shipping container for around £3,750, and swapped the UK for Corfu.

The Monro family have now rebuilt their life in Greece and are working on their very quirky new home, which will feature a bed in the studio which they can raise to the ceiling during the day to save space, and a roof garden, complete with solar panels. 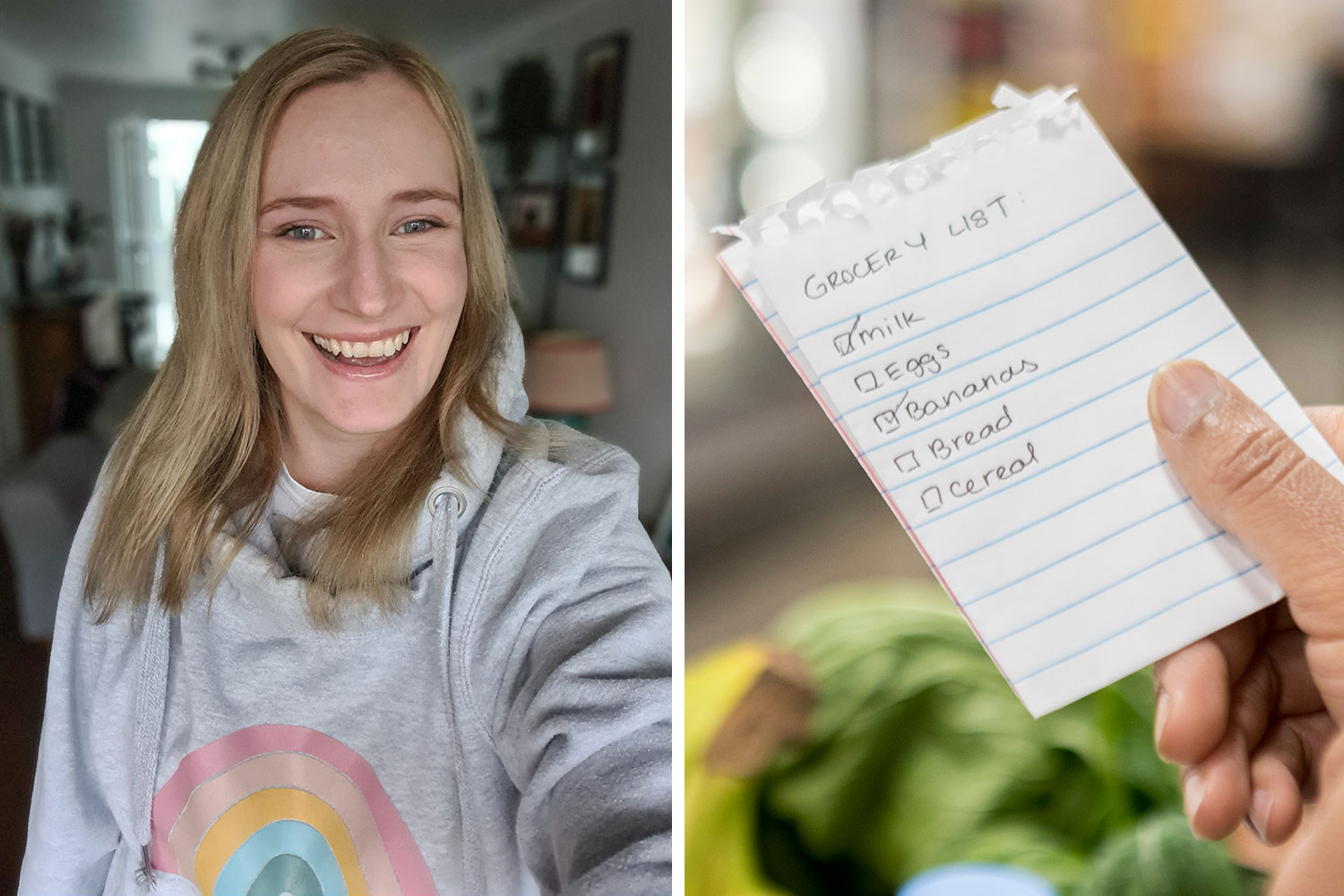 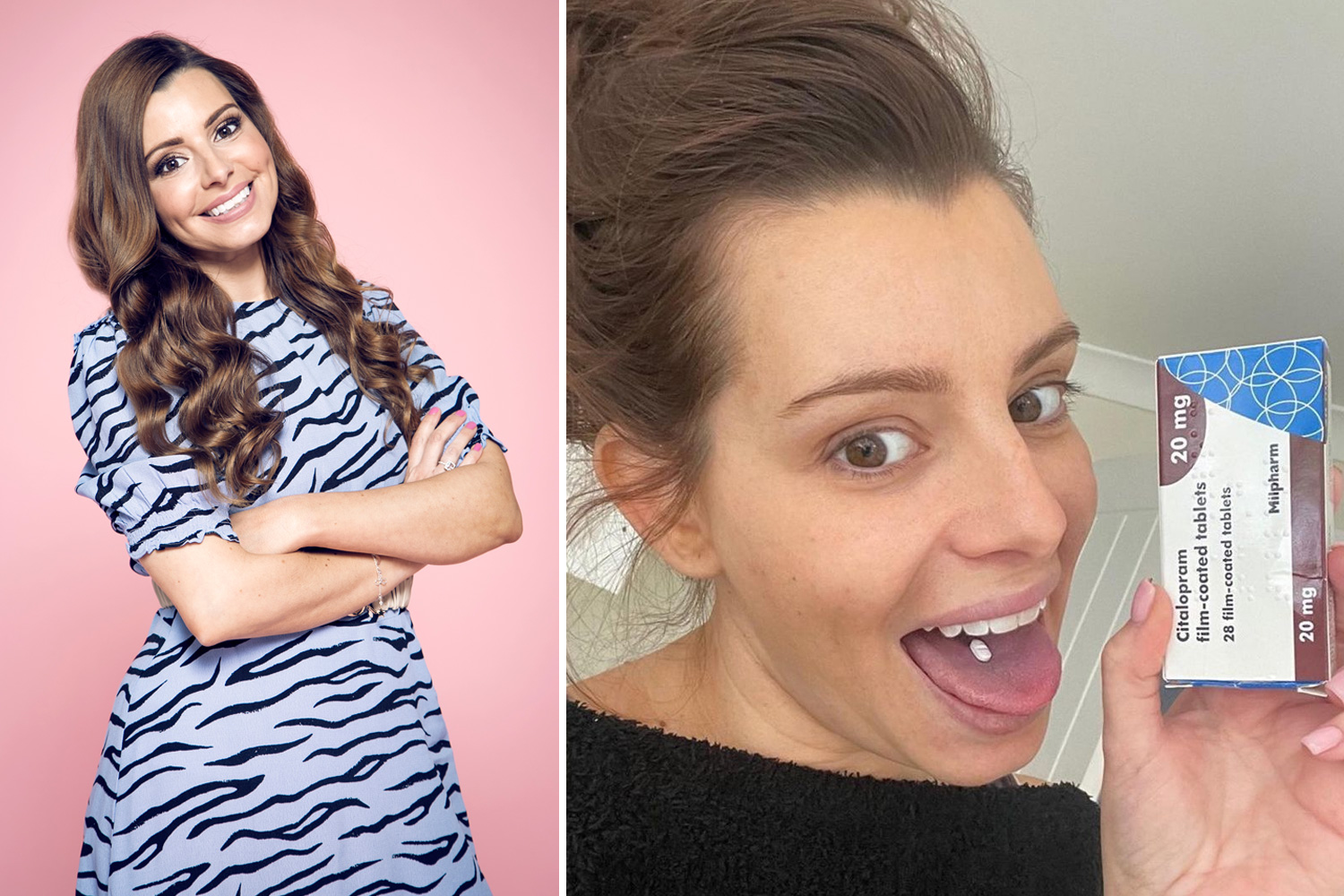 But Sarah-Jane says the move to Greece wasn’t one they had planned after initially going to Corfu on holiday.

‘We went out there for a week on holiday after we lost our house in the crash, just really thinking about what we wanted to do with our lives,’ she explained.

‘But on our last day, literally, as we were waiting on our bus, a lady we were talking to in a local restaurant offered my husband a bartending job, as her bartender had just quit.

'With us both having experience in hospitality, we went back to the UK, packed up our things and by February we were out there."

Mum shows off son’s first haircut, but his car seat has got people talking

I’m a dermatologist & I only wash the ‘three Ps’ – privates, pits & piggies

The couple knew they wanted to do something different for their new-build home…that’s where the shipping container came in.

Sarah says they'd seen their first shipping container 18 years ago after Andy went to work for a sailing company and they were using one as a storeroom.

They then jokingly said one day, "why can’t we live in one of those?"

The family began sourcing shipping containers from Athens before working with UK-based supplier, Cleveland Containers to get a more specialised container fitted with solar technology.

One year into the project, Sarah-Jane and her family are now working daily to turn their container home into a reality – and hope to keep the project as sustainable as possible.

"The reason we bought the Cleveland one is that it is completely kitted out in our solar panel system. So essentially, this will be the energy hub for our home," Sarah-Jane said.

‘Quite a lot of people have been to see it. We’ve had lots of locals coming to see.

Once it's finished we'll have an open day for them and the local school to bring the kids down to have a look and try to get them interested in repurposing things."

I will be completely honest, my vision changes almost daily

‘We really do try and upcycle as much as possible when we’re working. Andy and James both do 99% of the welding so if there is a way to repurpose something for the home, then they’ll find it.’

“They were not cheap but they are amazing and make it so much lighter in the containers while not losing wall space,” noted Sarah-Jane.

And when it comes to the vision of the final end-product, she has no trouble admitting that is something that changes regularly.

‘I will be completely honest, that vision changes almost daily!’

‘Sometimes my vision will change halfway through a workday where I’ll stop what I'm cutting and do something else with it.‘ 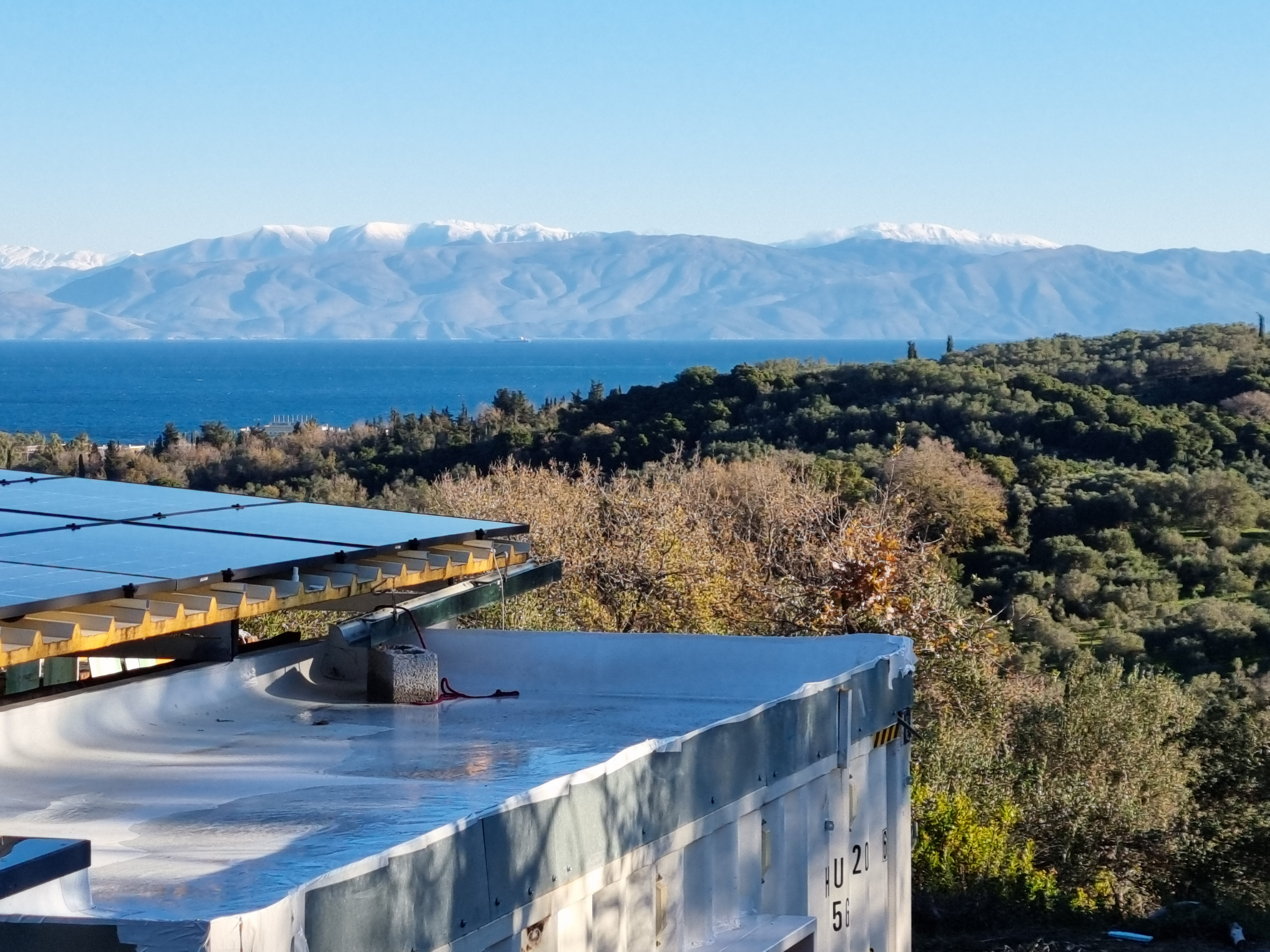 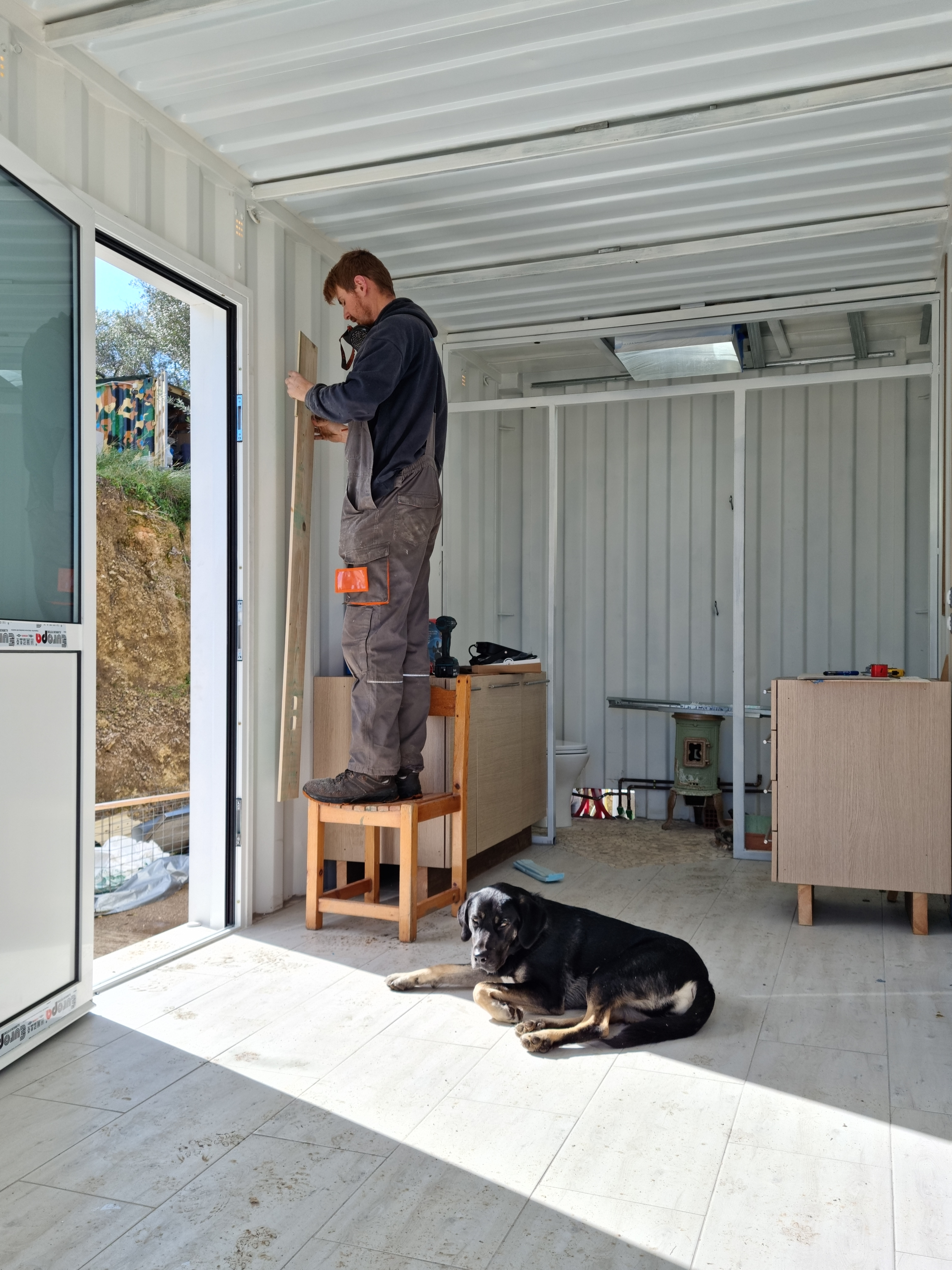