HAVING a massive family can be both brilliant and terrible at times.

TikTok user Claire has shared what her life was like growing up with 13 siblings – and how she shared a bed with five of her sisters. 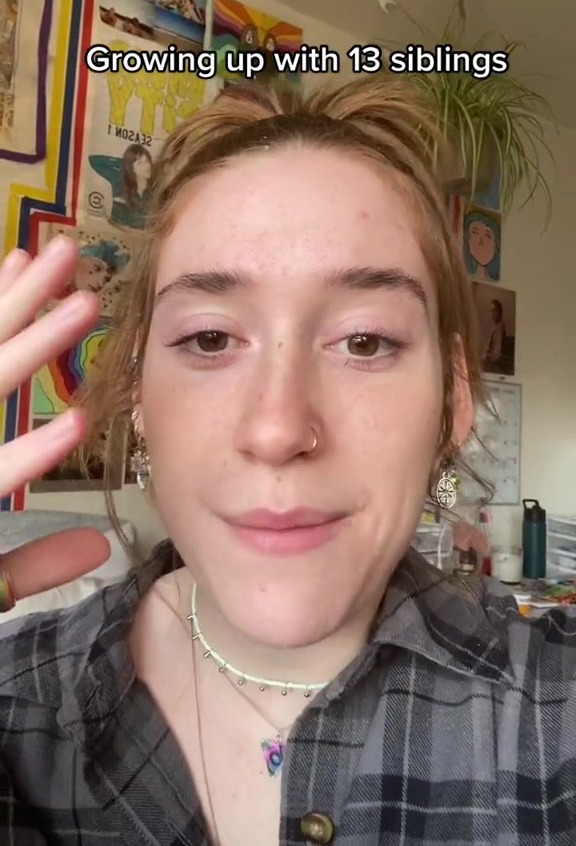 "All same mum and same dad for all 14 of us," she explained.

"This is what it was like growing up with 13 siblings."

She said they all had: "Cold showers always no hot water."

"I didn't have my own bed till I was seven years old I think, better to save room in our bedrooms.

"Our parents just bought two queen size beds and all five of my sisters and I who were sharing a room at the time would crawl in at night.

One of the perks of having many, she said were that: "My older siblings were regularly confused for my parents in public, which was awesome."

January 27: A money moon can spark extravagance but you stay in control

"It's also really cool having a bunch of siblings who are 16 years older than you growing up because they had already experienced so much that life had to offer.

"I remember when I was five years old I brought my oldest brother in who was going through a 'goth' phase for my show and tell in kindergarten.

"At my show and tell at my Catholic elementary school I brought my brother in who had a spiked green mohawk at the time."

In the caption of the video Claire told her 71k followers: "And my kindergarten class loved it!"

In another TikTok, she revealed she would wear underwear from six siblings before her.

Previously, Claire has also said that there are no twins or triplets in her family and insisted she: "was a very happy kid.”

Fans in the comments were begging for a family picture of all of them and many wanted to know all her siblings names too.

While one could empathise as they said: "Hahahaha I feel you sis! I’m one of 10 kids and everyone always says “are they the same mum and dad?

"Heyyyy, I also have 13 siblings I know the struggle, I'm the oldest," shared another commenter from a big family.

Another person in the same boat wrote: "I also have 13 bio siblings and I didn’t get my own room until I was 10."

"I have a question what are all of your siblings names are they also named after fruits because your name is Pear," asked a curious fan.

One detail about the family felt more important for this person who said: "You should say in the intro that you’re all gingers too… I feel like that’s a really important detail."

While one commenter did the maths and found: "I've calced it your mom was pregnant for 126 months." 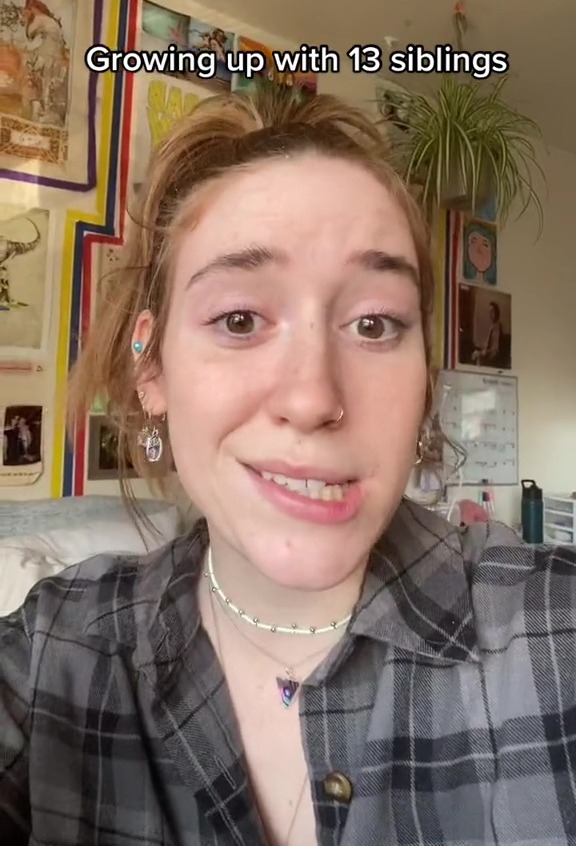 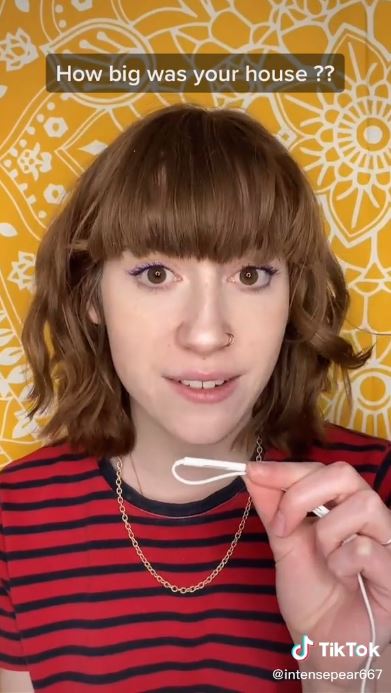 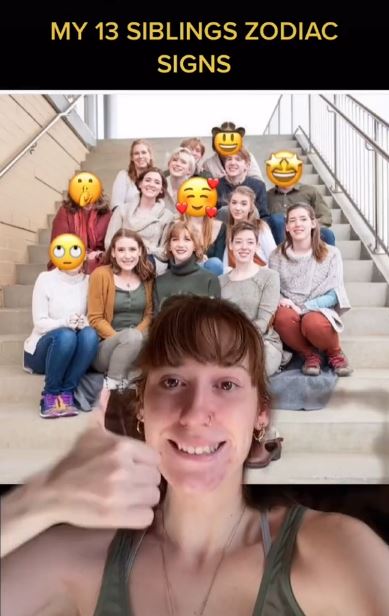 For more parenting stories, check out I found out I have 50 secret siblings after doing a DNA test, now I’m terrified I’ll date my ‘brother’ but not know

For more from Claire, see I grew up with 13 siblings – my house was full of broken windows and holes in the walls