Written by Naomi May

May we introduce to you the summer shoe that’s cladding the style set’s feet this year, because ugly, wonky and askew sandals have never looked quite *so* good.

Soaring inflation, a cost of living crisis and more political resignations than you could shake a stick at are not the only problems Britain is currently facing. The other, more pertinent, issue among style circles is the return of orthopaedic, geriatric, so-wrong-they’re-right sandals; the sort that were written off years ago, but have somehow managed to claw their way back to relevance.

The shoes in question are wildly popular, plastic and – to the masses, at least – ferociously fantastic. This summer, among the turmoil of modern-day life, ugly plastic shoes are the only sandals to squeak your feet in.

For those fearing the string-wrapped-around-a-slab-of-gammon connotations for swollen and sweating summer feet, fear not: the plastic shoes of 2022 are more refined than their retro counterparts.

Take Camper’s Kobarah sandals, which are now as ubiquitous on social media feeds as half-hearted apologies from the prime minister have become. Since the American-based brand debuted the eco-plastic shoes in 2016, the weird and wonderful souped-up jelly shoe has gained cult status. The brand made the shoe by reportedly making “long tubes of playdough” before placing them on the foot and arriving at the final design destination, which was inspired by the shape of the cobra.

It was the Kobarah’s reissue earlier this year in a suite of primary colours that has cemented the shoes’ status, with the #CamperKobarah hashtag having amassed 31.3 million views on TikTok alone so far. 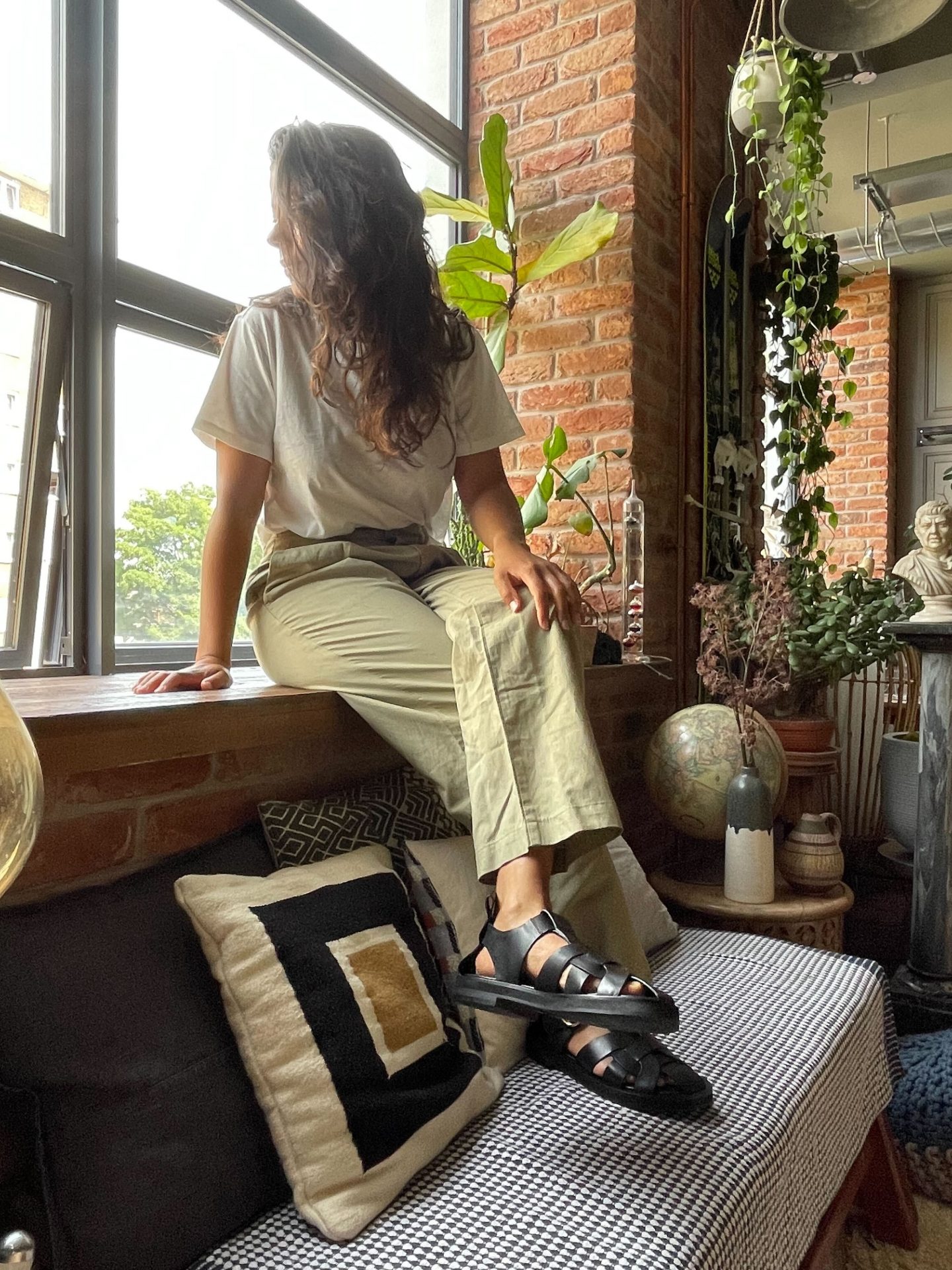 The Kobarahs aren’t the only ugly shoes that have been made over just in time for summer. Crocs are another plastic and apparently increasingly fantastic ugly shoe that’s become en vogue again. In the first three months of this year, the American brand’s profits spiked by 64% to £331 million, while its competitor Ugg swapped suede for plastic shoes in the form of its cult Tasman X clogs. It’ll come as little surprise, then, that according to Google Trends, searches for “jelly shoes” have spiked by 360% in the last 30 days.

The dividing line this summer – in sandal terms, at least – lies somewhere between chunky and slinky, so long as they’re crafted from the squeaky stuff. These are the kitsch shoes of your youth all grown up.

Solange Knowles and Imani Randolph are among the hordes of fans of the Camper Kobarah, while various other members of the style set have endorsed the more esoteric silhouette of the clompy jelly sandal, which provide the equivalent of a snug plastic hug for feet. Could it be that plastic really is fantastic after all?