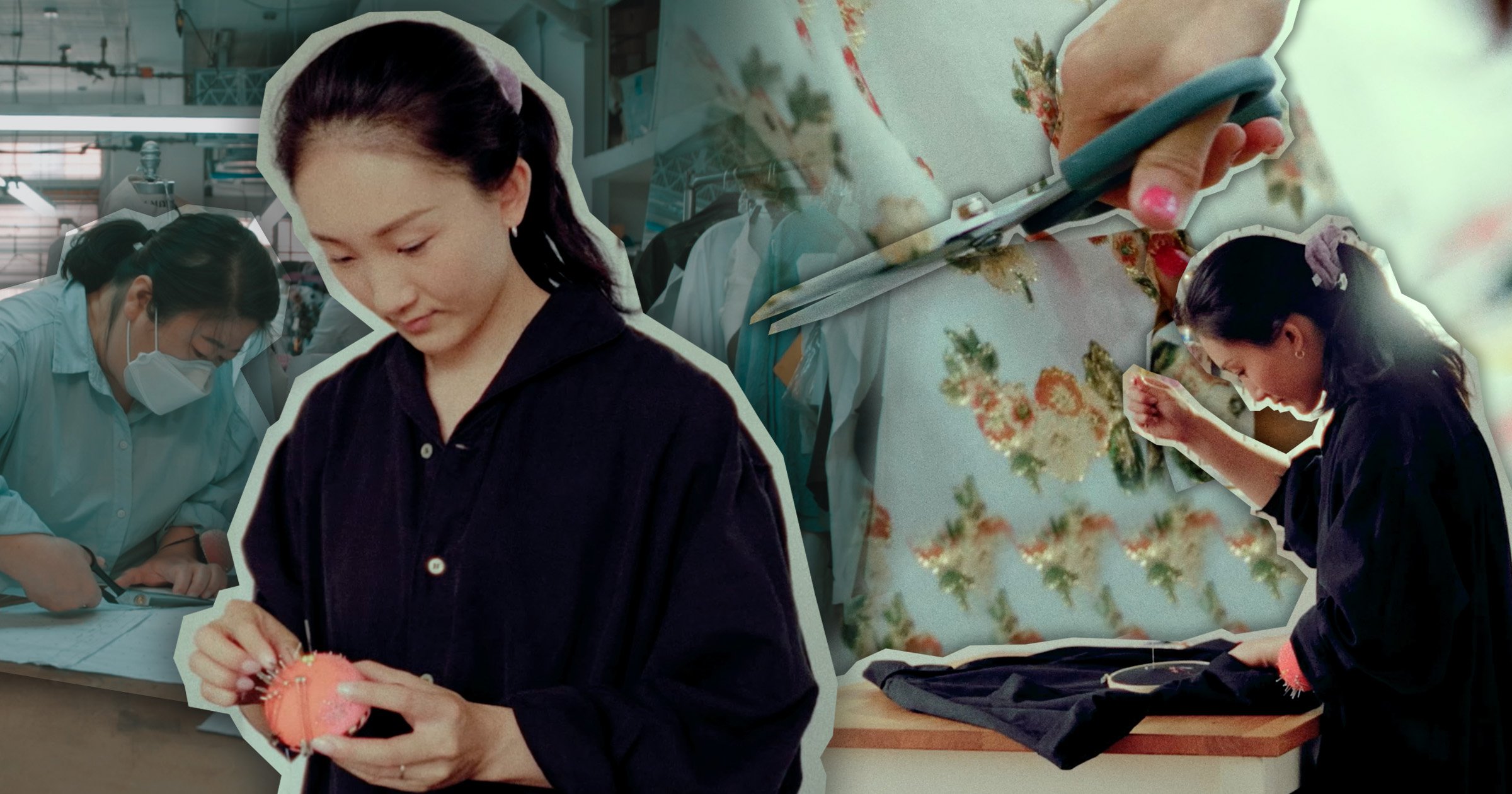 As fast fashion continues to get a bad name and pre-loved shopping booms, the conversation around this industry has been largely focused on the environment.

We often neglect to think about the people working behind the scenes – the seamstresses.

After the rise in anti-Asian hate crimes, documentary director Jia Li, who works with One To 13 Studio, felt this was a story she needed to tell.

Speaking to Metro.co.uk, she says: ‘I made this film because I too work behind the scenes and know the labor, toil, and challenges of not being visible.

‘In my industry, we are fighting everyday for more recognition, so naturally, I think the garment workers behind our clothes should be celebrated as much as the designers and brands they work for.

‘Aside from our parallels, as Asian women, we face similar stereotypes of being too meek, too humble, and often sidelined without our own agency, when the work that goes into the garments and skills involved is full of creative energy and warm, vibrant, communal collaboration.

‘The products all come with the touch of the hand, and that hand comes with the story of a person; without it, fashion would not be as innovative or cool or exciting.’

The stereotype of Asian workers being linked to sweatshops, while garment making is romanticised among other ethnic backgrounds, is also something that needs addressing.

Jia adds: ‘Few people outside of the industry are aware of the pattern of immigration that has resulted in how the garment industry in New York came to be.

‘While our film is short, I hope viewers understand how fast and slow, couture and mainstream fashion are all affected by these patterns and the importance of recognizing the skill and legacy of labor that goes into each garment.’

Nay Huang, 41, is one of the women featured in the documentary.

She’s been working in the fashion industry since 2012.

‘I find the environment and culture in which I work to be great,’ she says.

‘There are some who have the misconception that all clothing manufacturing factories are like sweatshops.

‘Thankfully films like Invisible Seams have helped to educate the public about the fashion industry by highlighting some of the real happenings.’

But the job isn’t without its problems.

Nay continues: ‘With the market being skewed by fast fashion culture, many new inquiries we have received in recent years have asked for much lower prices for faster turnarounds at a couture quality and level. This is the issue we are currently facing.

Nay wishes more shoppers would look beyond the designer and remember there is a vast team of people behind the clothes they wear.

‘Most outside the fashion industry only recognise the designers,’ she says.

‘Most people don’t ask about where the garment comes from, let alone who produces the garment or how the garment impacts the people who make it.

‘It’s disappointing that most designers never mention their manufacturers. Seldom do they credit the manufacturers behind each creation.

‘Most companies keep the process confidential or will simply say “made by in-house atelier” when asked where the garments are made.

‘If we know where our iPhones are produced or where our cars are manufactured, why should we keep the manufacturing whereabouts of our garments a secret?

‘When we see posts on social media, the stylist, the makeup artists, the photographers are all credited, but we will never see the manufacturers listed. This is a disappointing truth.’

She adds: ‘There are so many facets to this industry. I wish more people knew about the various opportunities for fashion talents to join the industry.’

There are plenty of skilled workers we don’t get to see.

Invisible Seams can be watched here.