Hometown: Born in Uganda and raised in Port Coquitlam, a city outside Vancouver, British Columbia.

Now Lives: in a loft apartment in the Williamsburg neighborhood of Brooklyn.

Claim to Fame: A teenage actress who first made her mark playing small but pivotal roles in Aaron Sorkin’s “Molly’s Game” and “Chilling Adventures of Sabrina,” Ms. Peak stars in the reboot of “Gossip Girl.”

She is a fan of the original teenage soap opera, and the glimpse of the privileged life it provided. “I just loved seeing people complain about things that were so outside of my world,” she said. “It was so ridiculous, but at the same time so good. And now that I’m living in New York, I catch myself complaining about something like that. I’m like, ‘Oh my God, I’m doing it!’” 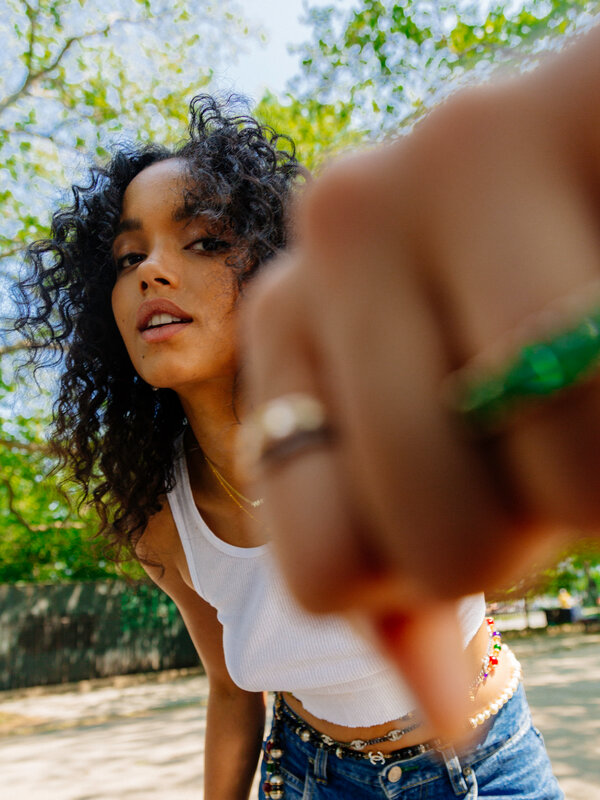 Big Break: In 2015, Ms. Peak was doing background work on the TV series “Minority Report” when she was cast as the younger version of Lara Vega, played by Meagan Good. A co-star, Colin Lawrence, was so impressed that he connected her to his agency, Play Management.

“For the longest time, acting was just this little thing that I did on the side, a little hobby,” she said. Things shifted, however, when she started acting classes. “That’s when I stopped looking at it as a hobby and as something I’m actually interested in.”

Latest Project: The new “Gossip Girl” is a modern riff on the original from the early aughts, with a new cast of characters populating the hallowed halls of Constance Billard, a tony prep school on the Upper East Side. Ms. Peak, who got the role after just one audition, plays Zoya Lott, a new girl with a secret that is set to upend the school’s social hierarchy. “She’s very young and a little bit naïve,” Ms. Peak said.

Next Thing: Ms. Peak was recently named a brand ambassador for Chanel. “There’s such a maturity and sophistication about Chanel, but I have fun with the idea of making it look street style,” she said. “That’s so sick.”

Pajama Party: Ms. Peak has a more casual approach to style in real life. “If I need to clear my head or I just want dessert, my friend and I will, in our pajamas, walk over to this bakery, Martha’s,” she said. “They have this gluten-free chocolate fudge cake that is out of this world.”