A RETAIL worker couldn't afford to convert a van, so she turned her tiny Fiat 500 into the 'world's smallest camper van' – but it's so small she has to sleep in the boot.

Hannah Hughes was disheartened to discover that she couldn't afford her dream of converting a van into a campervan but determined not to just give up she turned to the 'next best thing' – her tiny Fiat 500 car. 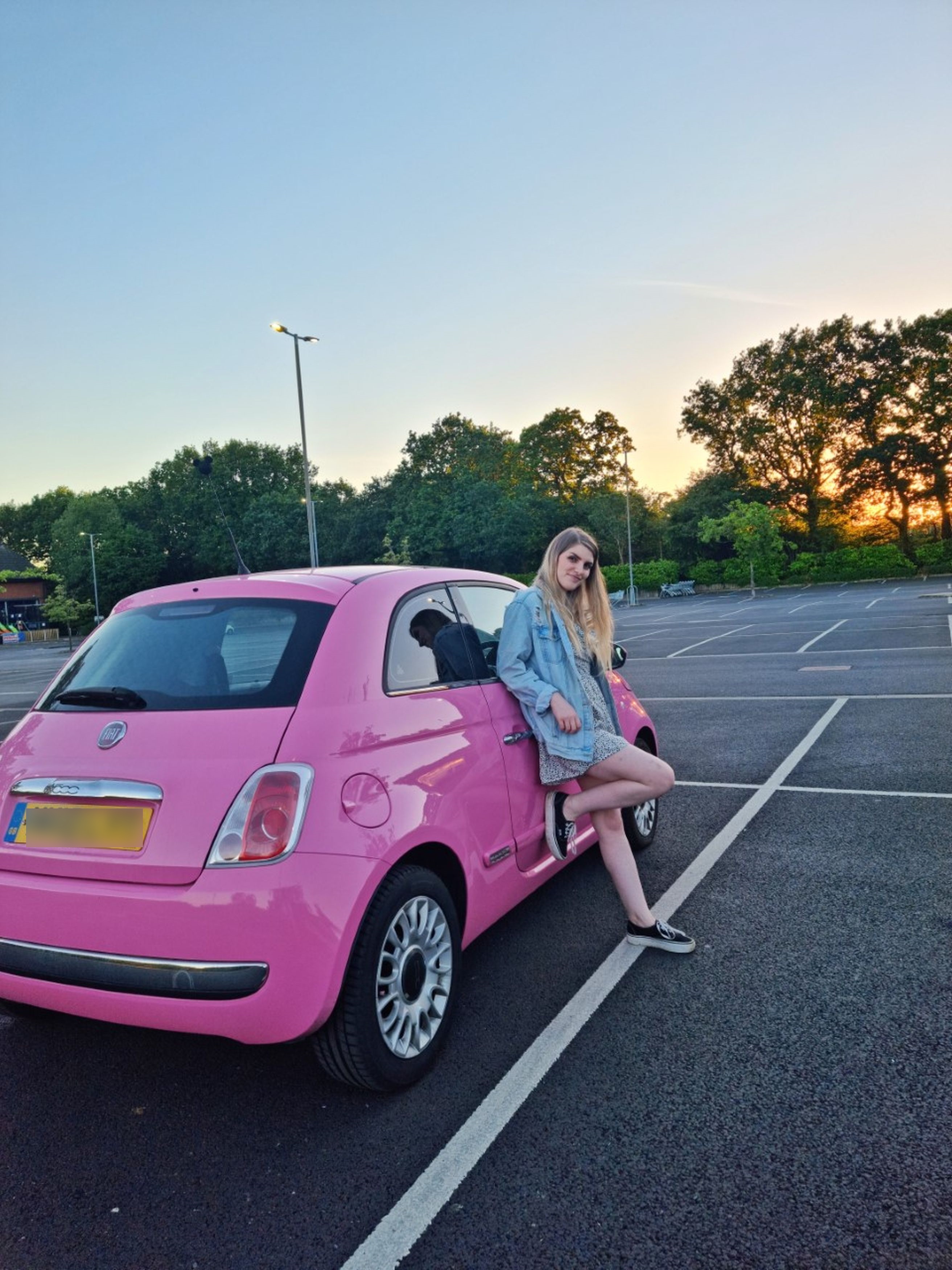 The 26-year-old DIY blogger spent a budget-friendly £150 transforming her treasured Fiat 500 into a micro-camper, fitted with a bed in the boot, a frame underneath for storage and insulated window covers, perfect for a night on the road for one.

The car, which has always turned heads for its bright pink colour, is now turning heads online as Hannah documents her conversion and adventures on her 'tiny pink camper' blog.

Due to the teeny-tiny size of the car, Hannah couldn't use a normal camping mattress and had to use two baby cot mattresses as she's utilising the hatchback's tiny boot space for a bed – meaning while her boyfriend has joked about joining her on a trip soon, Hannah fears he 'won't fit'.

Hannah, from Solihull, Birmingham, said: "Camper vans have really been growing on the internet and I follow a lot of van lifers on social media so I've wanted to convert a van for ages.

"To buy a van it was looking like anything from £3,000 to £10,000 depending on the condition and then a couple more thousand pounds to convert it.

"But me and my boyfriend are saving up for a house so it's just not the right time to be putting a load of money into a campervan.

"I just thought I've got a car and that's the next best thing so I decided to make do with what I had and convert my car into a micro-camper instead.

"It was about breaking a lot of personal barriers and proving to myself that I can do things on my own and don't have to rely on anyone – it was a big thing for me."

Hannah spent a cost-effective total of just £150 on materials and supplies to convert her car including wood, screws and plates for a boot frame to level the bed base and create storage and insulation material for window covers.

"I first looked at how I would sleep and thought about different ways of doing it – I could just lie across the back seats but I wanted to open the boot in the morning and see the view."

Within this tight budget she also managed to purchase some more 'homely' bits for the car and her travels. Hannah bough a foldable table and chairs set, two baby cot mattresses, a mini stove and decorative fairy lights.

The entire process of converting the car and trip planning only took Hannah a total of four weeks, and that's including her working around a full-time work schedule. The micro-camper was ready to hit the road earlier this month.

Hannah said: "I first looked at how I would sleep and thought about different ways of doing it – I could just lie across the back seats but I wanted to open the boot in the morning and see the view.

"I knew I'd lose a lot of storage by putting the back seats down and sleeping in the boot so I just had to work around it.

"The boot drops lower than the back seats which was a problem, so I had to level it out by building a frame which gave me some more storage under the bed as well.

"I also made insulated window covers to block out the light and keep the car a good temperature at night.

"I had to work out how to fit everything in but keep it all easily accessible, which took some meticulous planning – I set everything out in sections and made sure everything had a place."

The novice DIY blogger has received a mixed reaction after posting about her camper conversion online, including some negative comments from trolls telling Hannah she hasn't really converted anything.

"I was pretty much just going around as I felt like it – it was great having that freedom and not having to worry about going too far away from where I way staying because I could just stay wherever in my car."

Even Hannah's family and friends were skeptical, with an 'are you mad' attitude towards the project.

But Hannah's boyfriend, Ashley Thompson, 31, who was not sure on the idea at first, has been really supportive and spurred the keen traveller on, he is now even thinking about joining her for her next trip.

Hannah said: "I've had a bit of a mixed reaction with some people thinking it's really exciting and good and others saying it's a stupid idea and not to do it.

"There have been some negative comments from people online saying 'you've not converted anything you've just put a mattress in the boot', so they've clearly only watched that one video.

"I get stereotyped a lot because of my Fiat 500 and people assume I'm just into Starbucks, lashes and pop music but I'm actually the furthest thing from that stereotype.

"The negative comments don't really bother me, it says more about them and their life than me and mine.

"My boyfriend, although not sure about it at first, has been really supportive and even said he might even join me for a trip one day but I don't think we'd both fit in my car!"

The tiny pink camper set off on its first trip on July 12 and travelled around Wales for three nights and four days.

Hannah used an App with pinned and reviewed locations to find safe places to stop over for the night in her car when she wasn't near any actual campsites, to keep her on the road for longer.

Hannah said: "I was pretty much just going around as I felt like it – it was great having that freedom and not having to worry about going too far away from where I way staying because I could just stay wherever in my car.

"I went to Cae Du Farm campsite in Rhoslefain for two nights, had breakfast at Tywyn beach then went to Portmeirion for the afternoon.

"Next I drove to a spot near Rhyd to park up for the night next to a woodland area and lake where I went for a walk in the morning.

"Finally, I drove to Black Rock Sands and parked up on the beach for a few hours, went to Pistyll Rhaeadr waterfall and then home after."

Hannah is now planning more trips around the UK and aims to cover as much of England, Scotland, Wales and Ireland as she can.

She hopes to keep improving her micro-camper with more DIY efforts in the very limited space she has.

Hannah said: "I'll go anywhere if it looks nice and I've heard lots of good things about the Peak District and Lake District so I might go there next.

"I'm always looking at what other people have done to their vans and cars as well and thinking what else I can do to improve mine – it's a work in progress definitely." 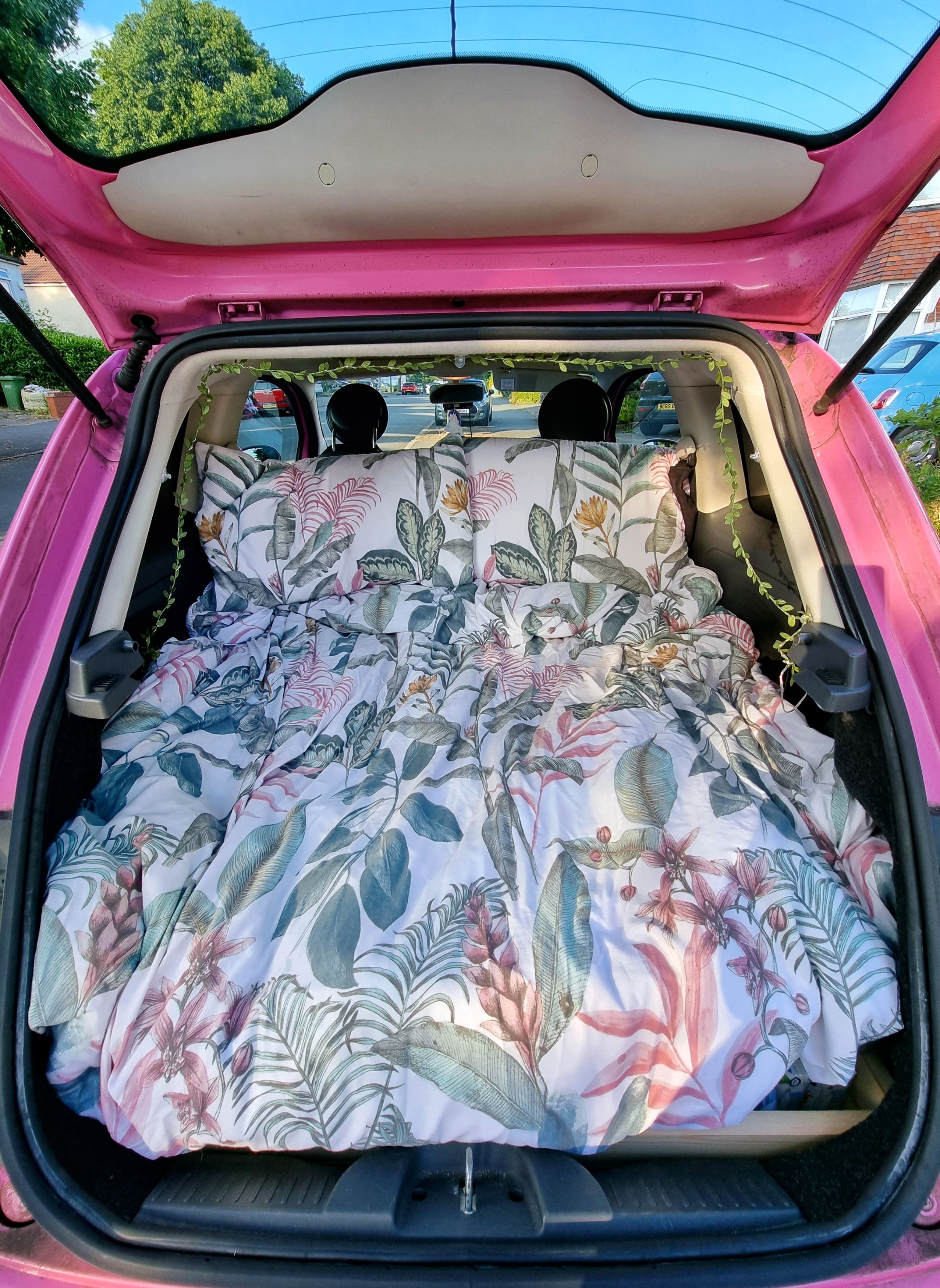 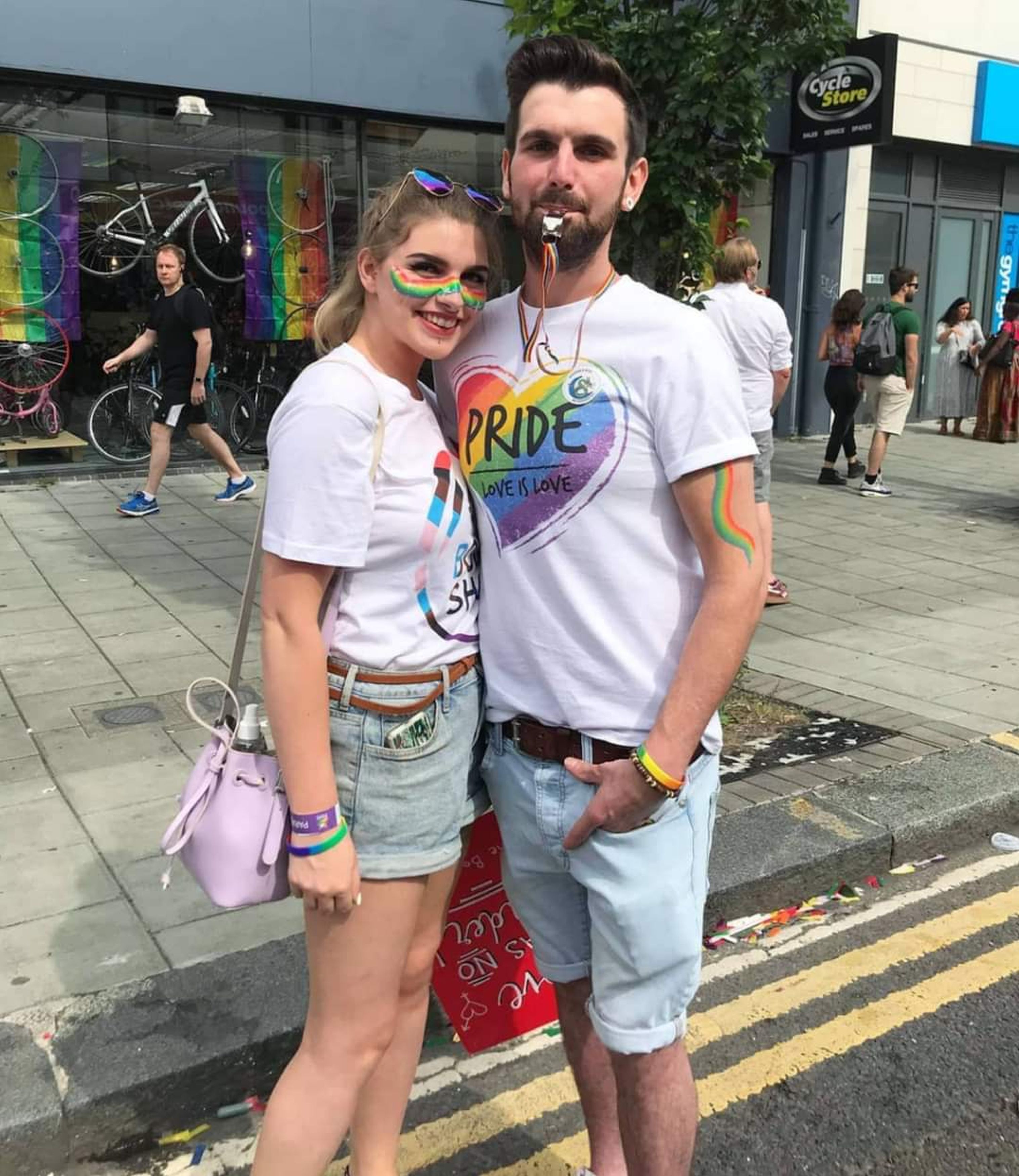 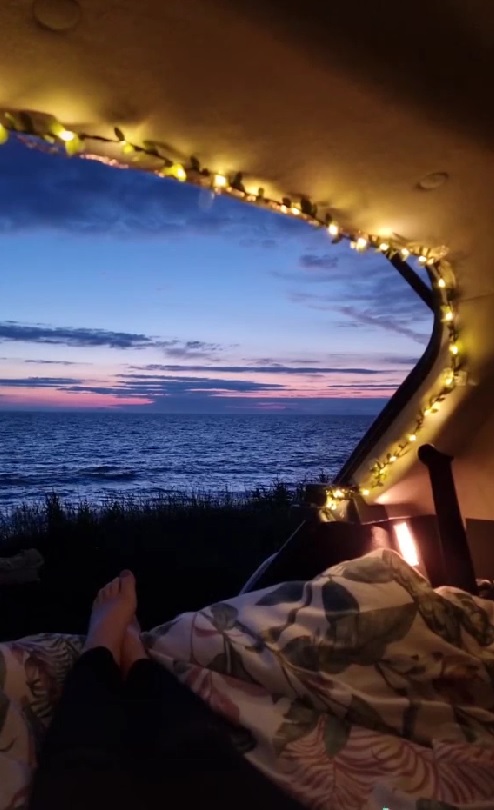