The rare and endangered eastern bristlebird needed a last-minute rescue to save it from the Black Summer fires. Now bushfire recovery work will be bolstered by machine learning.

Scientists raced into the coastal heathland spanning the NSW and Victorian border to pluck wild birds out of the path of fire for a captive breeding program to ensure individuals could be brought back to the wild after their habitat was burnt in the summer of 2019-20. 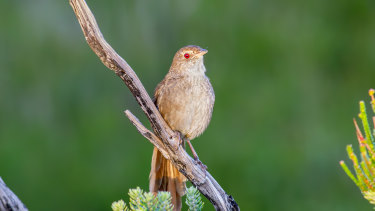 There are just 2000 eastern bristlebirds left in the wild. Credit:Duade Paton

But the survival of the species still teeters on the edge, and scientists are turning to artificial intelligence to better target conservation efforts. There are only 2000 birds left in the wild and machines are being used to listen for the reclusive species among the cacophony of songs that ring out from the thick undergrowth in the coastal heath where the birds hide.

“Eastern bristlebirds are a very secretive bird but can be easily recognised by their melodic song and alarm call, which is why we are developing new listening tools to support the identification and recovery of this endangered species,” federal Environment Minister Sussan Ley said.

The federal government has committed $10 million and is partnering with non-government organisations for conservation work on 74 species that are struggling following Black Summer. 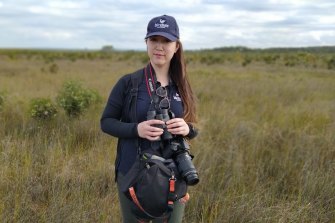 “Eastern bristlebirds are very difficult to survey. Not just because there aren’t many of them left, but they stay in thick vegetation close to the ground and they’re very camouflaged. Surveys and monitoring are usually done by finding their call,” Dr Fallow said.

The next step in recovery work will be carried out by the Victorian government’s Arthur Rylah Institute using artificial intelligence to comb through many hours of field recordings and identify the birds.

Machine learning will enable the system to pick out bristlebird calls from all the other birdsong and sounds on the recordings and create a map of where the birds live. 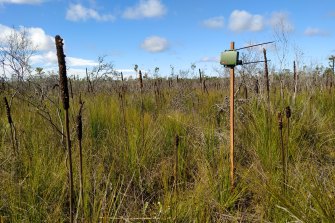 “Bristlebirds are in a very precarious situation and if we don’t invest now, we won’t be able to change their trajectory of decline,” Dr Fallow said. “But they’re by no means the only species that are in that situation.”

The federal government is shifting its conservation tactics by moving threatened plants and animals currently listed as requiring recovery plans and switching them onto what’s known as conservation advice.

Conservation advocates argue recovery plans can detail comprehensive actions required to prevent wildlife from going extinct, such as banning habitat destruction by development, and demand that the minister act consistently with them as opposed to only having to take “regard” of conservation advice.

The government has said conservation advice is a more responsive and potentially valuable tool because measures are quicker to prepare and implement.

“This is one of the key issues we’re facing at the moment,” Dr Fallow said.

A guide to the environment, what’s happening to it, what’s being done about it and what it means for the future. Sign up to our fortnightly Clear Air newsletter here.