Andy Dick arrested for assault with a deadly weapon

Sgt. Scott Steinle told us police received a call at around 9 a.m. local time from a campground facility in O’Neill Regional Park in California. They believe the call was placed by the alleged victim of the sexual assault, who is an adult male.

Police have not released the man’s name. However, a YouTube channel titled “Captain Content RV” – which captured the arrest and events leading up to it – revealed a man who goes by the name of “JJ” accused Dick, 56, of molesting him in his sleep.

Around the 3:10 mark of a clip from the livestream, a disoriented “JJ” can be heard telling another person in the recreational vehicle what he claims occurred.

He says hesitantly, “I was just in bed right now, and I smelled certain parts of my body … [I was] in the other RV with Andy, and … the last thing I remember, we were on the phone with his fiancée … I smelled parts of myself and they smell like artificial smells.”

The streamer then alleged that he thought he had lotion or lube-like substance in his butt. 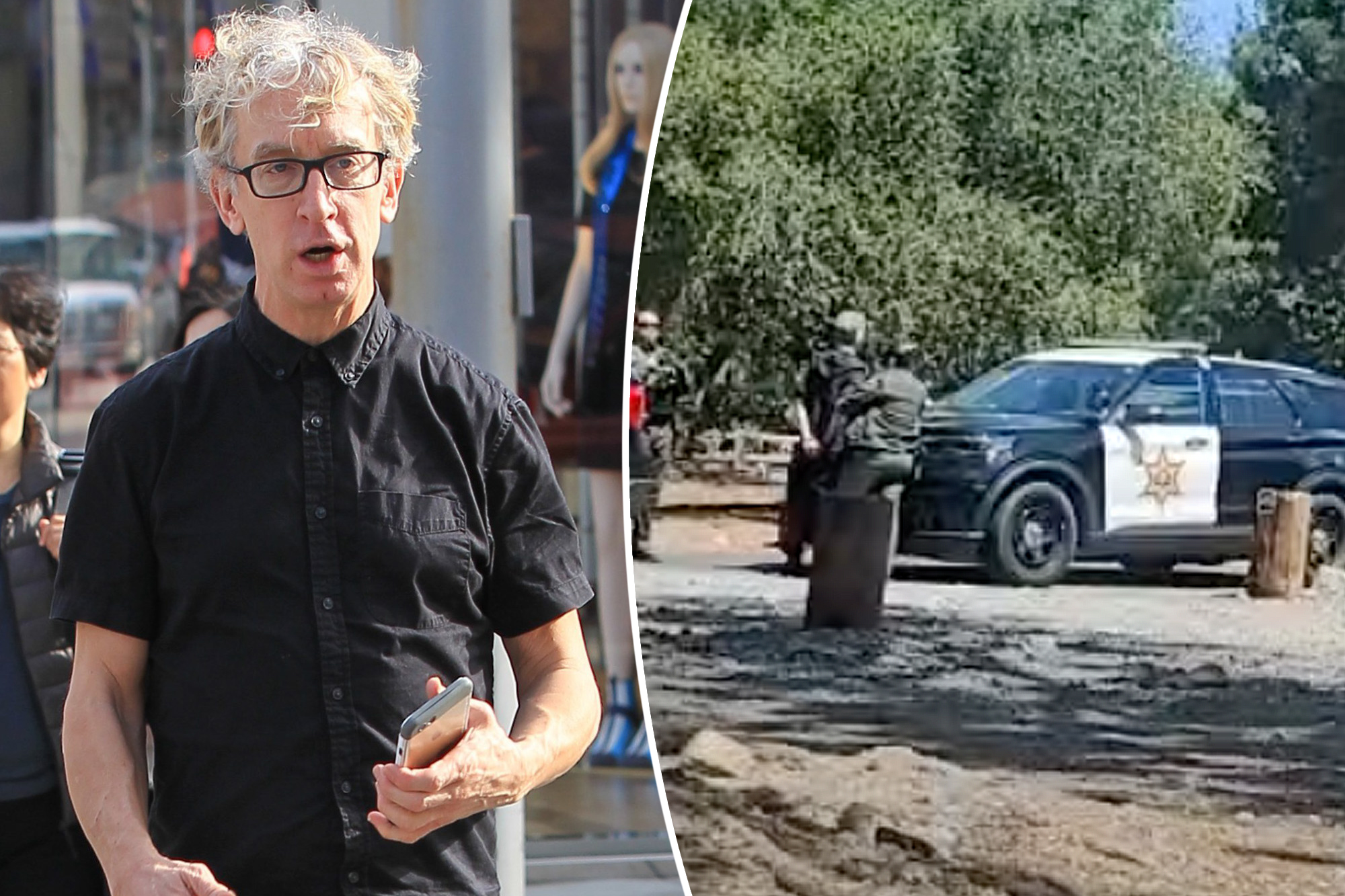 Around the 5:29:00 mark of the original livestream, “JJ” attempts to confront Dick, but the comedian appears more concerned with his drugs.

“Did you take my cocaine?” he asks the streamer, who replies, “No, I didn’t even take it whenever it was offered.”

“JJ” then asks, “Why did you assault me in my sleep?” to which Dick responds, “I never assaulted you in your sleep. Can you leave me alone?”

A rep for Dick did not immediately respond Page Six’s request for comment.

Despite Dick’s on-camera denial, Sgt. Steinle told Page Six that they took the “Andy Dick Show” star into custody based on “information that was given to them” from the alleged male victim when they arrived on the scene. Police also performed an onsite investigation.

The actual arrest took place around 11:15 a.m. local time and, per the officer, the investigation is still ongoing.

Dick has not been charged — pending the District Attorney’s review — and he had not arrived at the Orange County jail at the time we spoke with police.

“He hasn’t even been formally booked yet,” Sgt. Steinle said. “I don’t know what his bail amount will be. That will take some time after he’s been transported.”

As for the alleged victim – whom appears to be JJ” from the livestream – it is unclear whether he was taken to the hospital.

However, Sgt. Steinle confirmed to us that the Special Victims Unit is involved in this situation and “part of their investigation is to make sure that the victim is taken care of physically and that would also include a potential physical exam.” 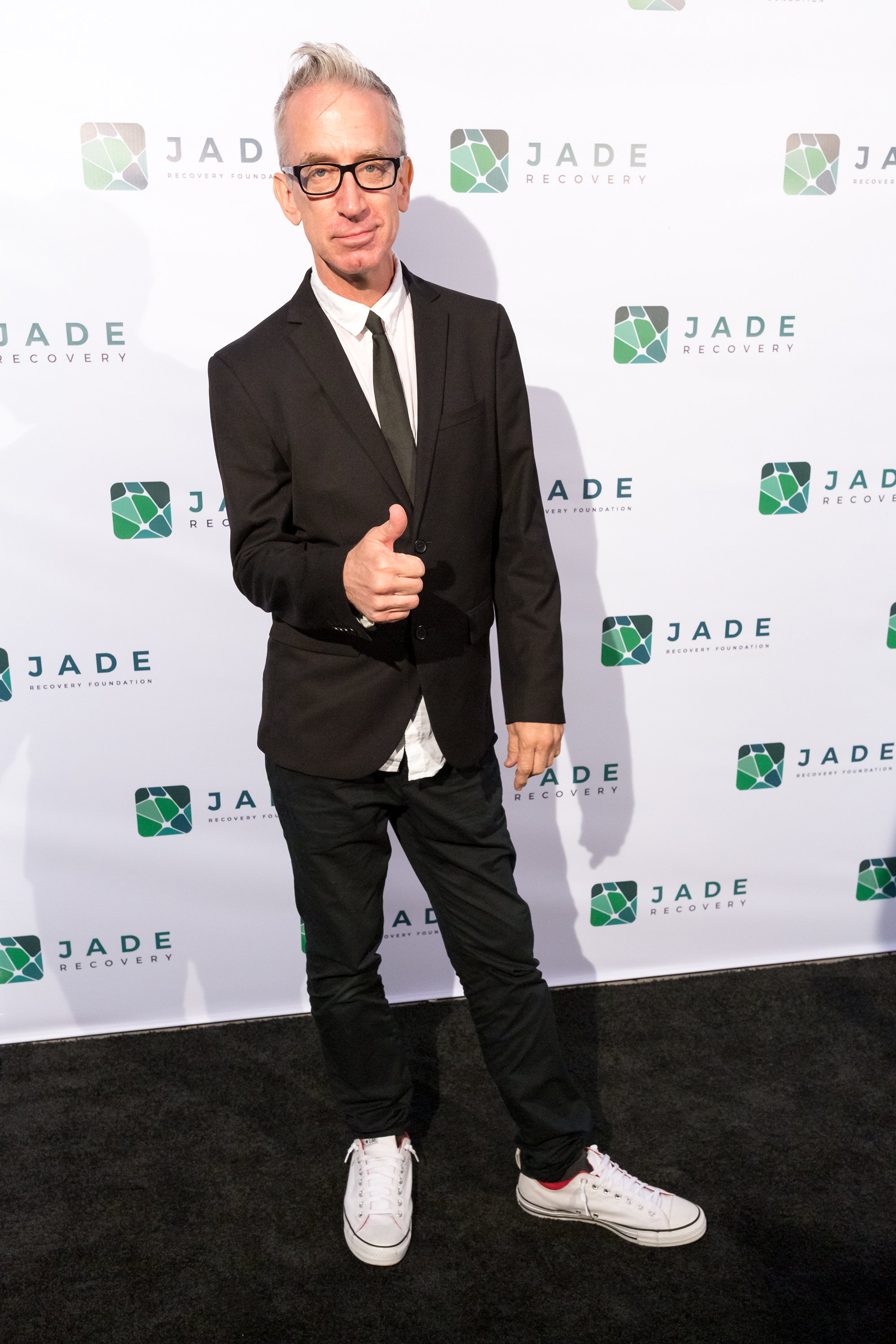 The troubled actor has a long history of legal issues.

In 2018, Dick pleaded not guilty to misdemeanor battery and misdemeanor sexual battery after allegedly groping a woman’s buttocks.

He was charged with groping a driver from a ride-hailing service in 2019 and was arrested for allegedly hitting his boyfriend with a liquor bottle in November 2021.