So happy together! Becca Tilley is head over heels for girlfriend Hayley Kiyoko and she’s ready for everyone to know it.

“There’s so many things I love about Hayley — and we’re so different,” the 33-year-old Bachelor alum began on Us Weekly’s “Here for the Right Reasons” podcast. “I’ve always thought I wanted someone who, you know, was like me and I think sometimes, in some regards, that makes it easier, but in the time that we’ve been together, I’ve learned how much I love our differences. Because the things where I don’t consider myself necessarily strong in, she excels in.”

Tilley told Us that the 31-year-old musician is “so driven,” “so passionate” and helped her communication skills.

“She’s so communicative and I kind of shut down in the face of adversity or confrontation and she’s really inspired me to, like, learn how to communicate my feelings and understanding that communicating your feelings isn’t you being confrontational — it’s just meeting someone in the middle and being able to express your needs,” Tilley continued. “I just am honestly so inspired by who she is as a person and what she does. She’s so talented. She can do anything and everything. I could go on and on — I’m just really proud of her I’m really proud of our relationship.”

Tilley and Kiyoko went public in May after four years of quietly dating. The former reality star previously referred to her partner as “95p,” a reference to an answer at a “Scrubbing In” podcast live show about the percentage that she would marry her current significant other. 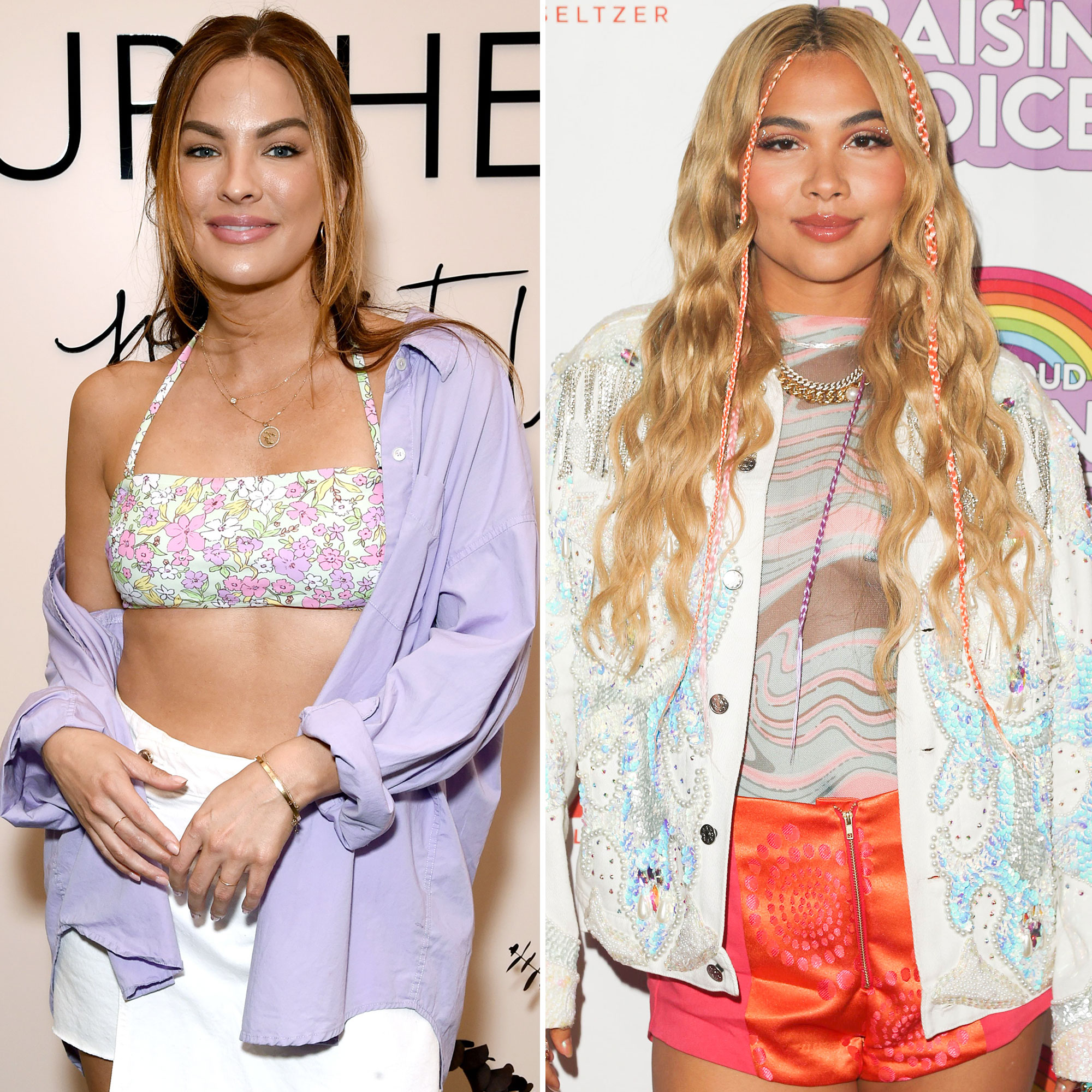 “Hayley was in the audience. I could feel her eye, like, burning into me when the question was asked, That game is fast, you know, it’s not like you can’t think for too long. I think it’s natural that people are like, ‘What’s the percentage now? Or what’s the next step?’ Because I really — I set myself up for that one,” she told Us, noting that the two are “just enjoying this part of our relationship” and not worried about the future. “I think we’re both really happy and content and I know that we both wanna be with each other and I don’t know what that looks like specifically, but we’re in a really good place and happy.”

While some may have assumed Tilley’s “launch” of her romance was lined up with Pride Month, she told Us that it was a “coincidence.” She did, however, mark the occasion by teaming up with Kiehl’s to host a fundraiser in support of The Trevor Project.

Not for Everyone! Bachelor Nation Stars Who Found Love After the Show

“This fundraiser specifically was for Pride Month, but they work and support the Trevor Project all year round, which was really cool to me,” Tiley told Us. “It wasn’t just a June thing. It just wasn’t a Pride Month thing. I was talking to some of the people that work for the Trevor Project at the event, and I got so emotional talking to them because what they do is so crucial for so many people. And I’ve been very fortunate — I’ve had so much support and love surrounding me throughout this process. And even since the beginning of my relationship, which was, you know, four years ago. And so many people don’t have that support in their life. And the Trevor Project offers that to people who don’t have it.”

Tilley also revealed that she was “overwhelmed” by how many people in Bachelor Nation respected her decision to keep her relationship private for the last four years.

“I think the thing that really stood out to me the most was the realization of — I knew that so many people knew. Hayley and I would go to events and weddings and stuff together and I will always introduce her as my girlfriend,” she explained. “But I was just overwhelmed that so many people, especially from the Bachelor world and people who knew about our relationship, had respected it up until the point that I was ready to say it. … So many [journalists] knew about it. And everyone gave me that respect. That was the biggest thing where I was like, ‘Wow, that was so cool, like, people were cool.’”