From a drama about dying with dignity to a comedy exploring cancel culture, Australia isn’t going to run out of compelling local TV anytime soon.

The pandemic has created a double-bind for the television industry: On one hand, we’re consuming more TV than ever before. On the other, productions – especially in Europe and America – have been cancelled and delayed left, right and centre.

Thankfully, the situation isn’t as grim closer to home. So what can we expect to see on our TV screens this year? Who helped craft these shows, and what makes them tick?

Meet some of the brains behind 2021’s most hotly anticipated local productions.

The End is a co-production between Foxtel and Sky UK and has many diehard TV fans reaching for the remote – and not just because it stars Dame Harriet Walter. The show is the brainchild of Samantha Strauss, best known for co-creating teen hit Dance Academy, and tackles complex topics such as dying with dignity. Despite the heavy subject matter, The End doesn’t make for heavy viewing. 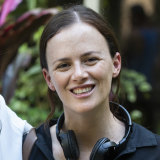 TV writer Samantha Strauss on the set of The End. Credit:Foxtel

“We’re not trying to beat the audience over the head,” Strauss says. “When you have 10 episodes you’re able to spend time in the shades of grey. And there is so much grey. The difference between suicide and assisted dying is confronting but really interesting as well.”

The End debuts on Foxtel on Tuesday, February 2. Lovers of TV drama should also keep an eye out for the forthcoming small-screen adaption of Liane Moriarty’s Nine Perfect Strangers, which Strauss has been working on and, of course, can’t say much about.

Cancel culture. It’s all over social media. Now, it’s coming to our TV screens thanks to the ABC’s new comedy-drama Aftertaste. The show, about a disgraced chef who loses everything and tries to remake himself in the Adelaide hills, was created by screenwriter Julie De Fina with Matthew Bates. It is De Fina’s first major show to get off the ground and she says it couldn’t feel more relevant. 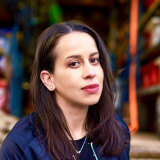 “In this current climate there’s something to be said about males of a certain status who then lose all their power,” she says. “Once you remove that, what’s left of them? Ultimately, it’s not a story of redemption. It becomes something completely different. And that’s the story of the new world, I think. Handing over the torch, albeit reluctantly.”

Aftertaste premieres on the ABC on Wednesday, February 3.

SBS is set to be the home of a new, four part drama this year. The show is best described as a female-led heist set in Sydney’s ritzy eastern suburbs. One of the show’s writers, Vonne Patiag, says on the surface The Unusual suspects is a comedy but deep down it’s much more than that. 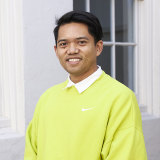 “It’s about friendship and female empowerment,” Patiag says of The Unusual Suspects. “But also cross-cultural understanding and empathy. It’s about the two versions of Sydney – the version we want and the version we’re living in.”

Patiag says coronavirus shutdowns, while devastating for the TV industry, gave writers more time to sit with their ideas and even pursue passion projects.

“We used the production shutdown to go back over the scripts with a magnifying glass,” he says. “I’m so excited about 2021.”

One of the breakout hits for Stan this year was Bump, a drama centred around a high-achieving teenager who has a surprise baby. Season two is already in development. If all goes well, new episodes will land later this year or early 2022. (Nine, the owner of Stan, is also the owner of this masthead.)

One of Bump’s writers, Mithila Gupta, says the element of surprise is the show’s strong point.

“Surprise is the most underrated emotion,” she says. There’s so much content out there at the moment – it’s really rare to be genuinely surprised. I also think [the show] is really life-affirming, which is what we need right now. It’s weird and wonderful but at the core of it we strive to be truthful with the story and the characters and that’s what makes it resonate so broadly.” 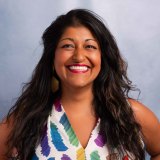 Gupta has been working in popular television for 10 years. She started on Neighbours and was part of the team that incorporated the first Indian family into the regular cast. More recently she has worked on Doctor Doctor and hopes to one day create her own show.

“I’m interested in the Indian diaspora,” she says. “I’m inspired by the resilience of humans and how we keep fighting. I have real respect for my parents who worked their butts off to fulfil the immigrant dream so I could have my whimsical writing career. I want brown folk to feel seen [on screen] in a way I never did.”

Four-part series New Gold Mountain has been described as SBS’s most ambitious drama to date. The show, shot in Victoria and is due out later this year, will explore the Australian gold rush from the perspective of Chinese miners. It was created and written by Peter Cox, who got his big break with SBS’s The Insider’s Guide to Happiness almost 20 years ago. For this series he collaborated with Corrie Chen, who serves as director, and Benjamin Law, who wrote one of the episodes. 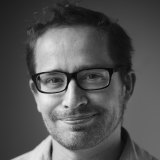 “In the broadest terms this is a pretty big-budget Western with all the bells and whistles,” Cox says. “Horses, salons and shootouts – all those things you’d expect. And in the mash-up is a murder mystery. This one character, Leung Wei Shing, is a real, historical character as far as we can tell. He is the first Chinese detective in Victoria in the mid-1860s.”

The series will jump between different characters’ perspectives.

“We had this rule from the outset,” Cox says. “No goodies and no baddies.”

Australia has a long-running love for local medical dramas. The Seven Network is hoping to tap into that nostalgia with a new drama called RFDS (named after the Royal Flying Doctors Service). Co-creator Ian Meadows says the show will be familiar and accessible but also action-packed. 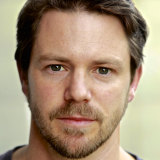 “We wanted to have those elements that are really satisfying about a medical drama without it being a strict procedural,” he says. “We wanted to go for a fast-paced, energised show. Also the funny moments and the beauty of the outback, the people.”

Meadows has previously written for Network Ten dramas Offspring and Playing for Keeps and has been an actor in shows such as Home and Away. He says what makes RFDS different from other medical dramas is the way he and the rest of the writing team felt like they didn’t have to “hold back”.

“We were working through this during the worst of the [NSW] drought,” he says. “So in the first episode we really dived headfirst into the mental health challenges of that. There was never a sense at any point that this wasn’t something we couldn’t talk about.”

Seven isn’t the only commercial broadcaster serving-up an all new Australian drama this year. In just a couple of weeks the country is set to be introduced to Amazing Grace, a show set in a natural birthing centre. 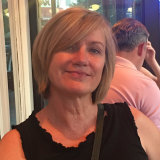 Co-creator Sarah Smith has previously written for shows such as All Saints and McLeod’s Daughters. More recently, she was the executive producer and co-creator of the eight-part thriller Bite Club. Smith says this new show will be “very timely” given Australia is emerging from the COVID-19 pandemic.

“It’s really positive and uplifting,” she says. “It’s not all sugary and sweet … but it is about forgiveness of yourself and others. There’s no villains. It’s about the light and shade of having complex relationships with your family, as we all do.”

Amazing Grace will air on Nine after the Australian Open.