Four weeks down! Nicole Franzel opened up about her first month of parenthood in a Tuesday, August 24, Instagram post.

“One MONTH of loving this little [elephant],” the Big Brother alum, 29, captioned a sleeping shot of the little one in an elephant outfit. “Nine pounds of pure cuddles, giggles, love and chubs. Being a mom is the best thing in the world. Currently still in my PJs running on two hours of sleep cuddling the little milk monster and I wouldn’t have it any other way.” 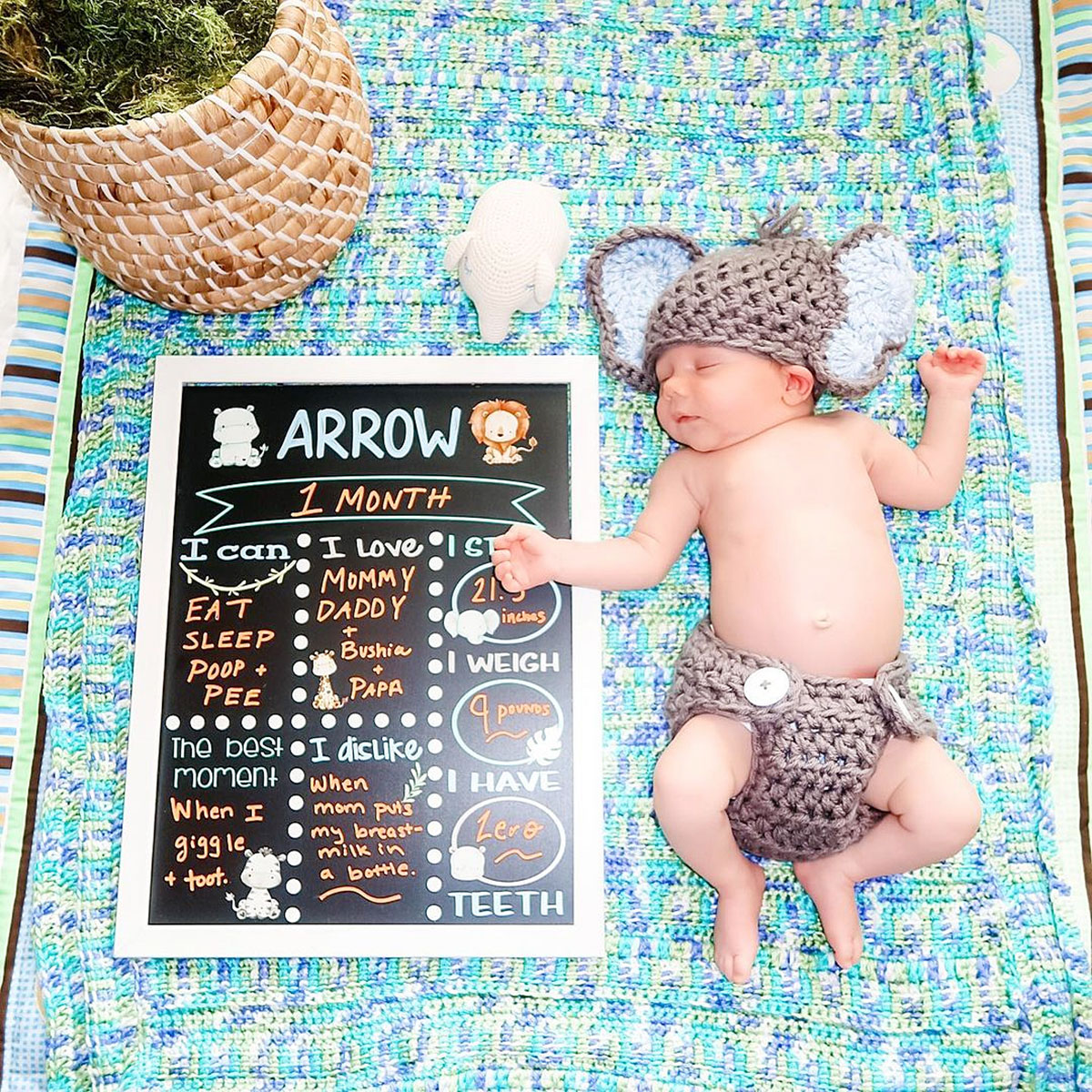 The infant rested beside a chalkboard sign sharing his milestones. “I can eat, sleep, poop and pee,” the sign read. “The best moment [is] when I giggle and toot. I dislike when mom puts my breast milk in a bottle.”

Jamie Otis, who is the mother of daughter Henley, 4, and son Hendrix, 15 months, asked how Franzel has been feeling in the comments.

“Postpartum is hard,” the Bachelor alum, 35, wrote. “First time mom is hard. He’s as sweet and cute as can be. I hope *you* are feeling good too.”

Franzel replied that she was “doing pretty good,” writing, “I think the biggest adjustment is the constant worry, lack of sleep and my body changes, which I haven’t even acknowledged yet to be honest. It’s a lot at once.”

The Michigan native added that she is “glad” to have Otis and her social media posts to “help” her through the transition.

Franzel and her husband, Victor Arroyo, welcomed their baby boy in July, one month after exclusively telling Us Weekly the name they had chosen, Victor “Arrow” Arroyo IV.

“Victor wants to continue his family tradition since he is Victor Arroyo III,” Franzel said in June. “The nickname is something everyone can call him by so he’s not ‘little Vic [or] baby Vic’ his whole life. I’m hoping Arrow sticks like Coco stuck for me! All my closest people in my life call me Coco and I love it.”

She and Arroyo, 30, announced their pregnancy news in January. They wed two months later in Florida after postponing their nuptials amid the coronavirus pandemic.

“We’ve been waiting for this moment for so long and it’s finally happened,” the then-pregnant star exclusively told Us in June. “All the stress of having a wedding is lifted off our shoulders. Now all our attention is focused on having a healthy and happy baby.”